‘Don’t hate me because I’m Tory’

Is it time to give Conservative students a break and stop using outdated stereotypes? Could it be damaging democracy?

In November 2010 a YouGov survey showed 42% of students were intending to vote for Labour.

It was done soon after the introduction of university fees by the Conservative-led coalition government – yet despite that, 26% of students still identified as Tory.

That figure is likely to be significantly larger now with the economy showing signs of recovery and Labour’s leadership failing to inspire. 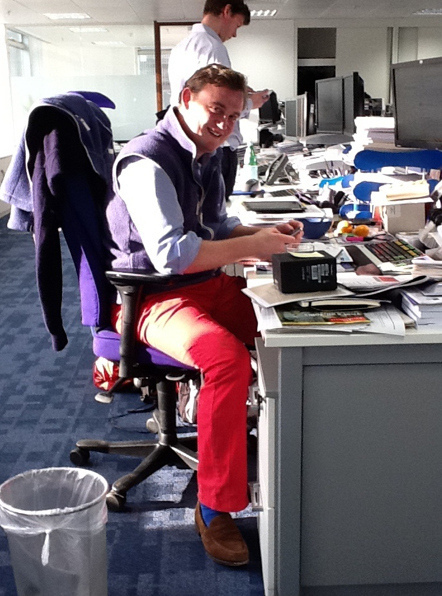 Guess who this guy is voting for?

In spite of the fact that at least a quarter of students are actively identifying as Tory supporters, there remains a strong and personal stigma attached not just to the party, but its supporters.

It dismisses the supporters as ‘private school toffs’ who do not care about the poor. Often the scorn poured upon their leaders is directly blanketed over everyday Tories, particularly students who find themselves in a largely left wing dominated setting.

But is it really fair to so vilify such a large amount of people, and at the same time to create a stigma which eclipses real policies? 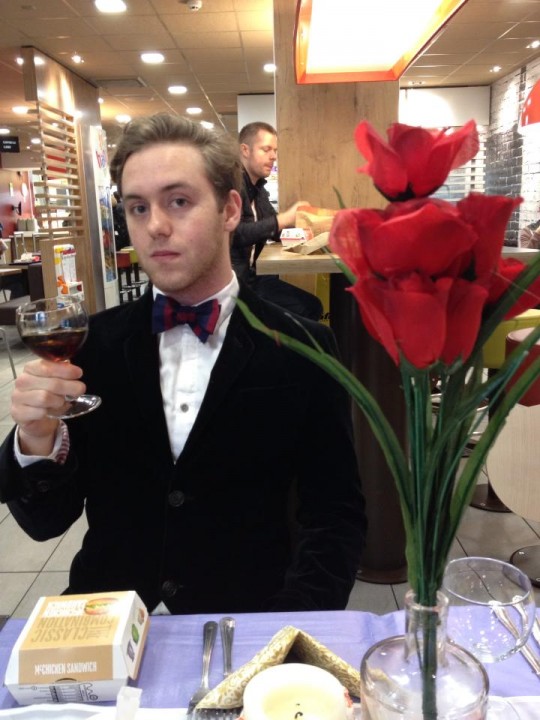 A down to earth Tory enjoying supper at a Pleb feeding ground?

Political leaders always have a large amount of political hyperbole thrown at them, and it’s generally seen as acceptable to insult any politician. But why does this muck-throwing extend to student Tories but none of the any other parties?

Ben Wood, Chair of King’s Labour Society and hater of monocles states it’s “because the majority of the student Tories support their government’, yet Labour students weren’t called war-mongers during the Blair years, or financially inept during Brown’s.

As students we are meant to be open minded and forward thinking – is stereotyping fellow students for their views really a justified form of bigotry?

Ideology-based mudslinging, perhaps made acceptable by some baseless rhetoric from the Labour leadership itself, has led to some Tory students feeling intimidated and endangered simply for their beliefs.

Louisa Townson, president of the UCL Conservative Society, paused her game of polo to speak to The Tab about how she and two other female committee members faced comments of ‘Tory Cunts’ and other profanities at the Freshers’ fair.

‘It was quite intimidating and obviously inherently sexist language…of course as the Con Soc we’re not the natural allies of UCLU, so nothing was done about it’. 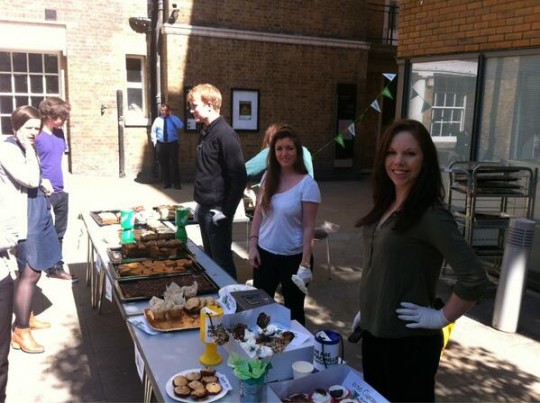 Louisa – ‘Cake sale for Macmillan, raised £800, got called a scab for the effort by a UCLU Sabb’

Tor Mackarness, a Conservative student at Exeter, took time off from her oppression of the proletariat to recall how when she said she was happy about the gay marriage bill she got the response of, ‘You don’t believe what you’re saying, you and all other Tories are Nazi sympathising scum’. 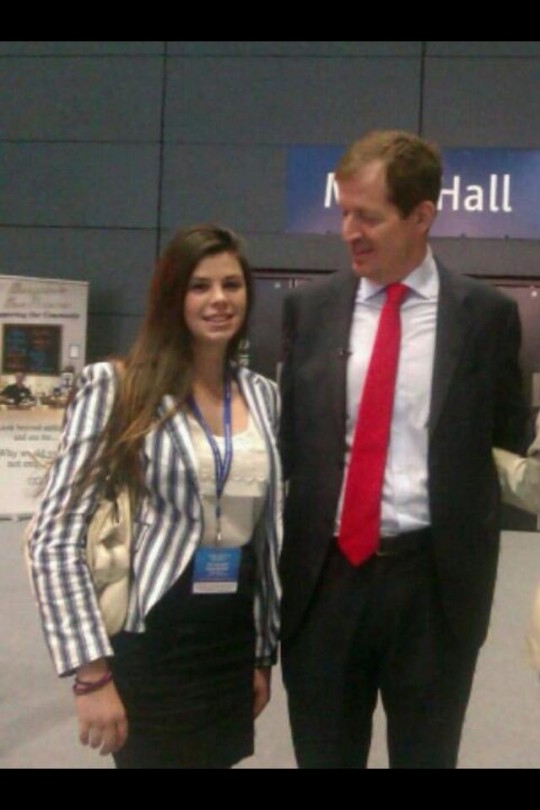 Some of the ideas behind the disdain for Conservatives are encapsulated by one UCL Labour Society member, and ‘Fedoras over Top hats’ campaigner, who stated, ‘they are fighting for the top 10% at the expense of the many… I think it’s important to highlight whose interests the Tory party are there to serve’.

However, political attacks aside, what do the Conservative students themselves actually think?

Charlie Brandon, President of the Bristol University Conservative Association told the Tab over a breakfast of caviar and scones that when members of the Labour Soc said Tories didn’t care about the less well off, ‘they seemed almost shocked when we were outraged at being told that we didn’t care’.

Louisa Townson added that many student Tories are ‘incredibly liberal people’ with the UCL Con Soc, ‘overflowing with feminism, pro-immigration stances and pro-gay marriage sentiments…yet people assume we are the complete opposite’.

Amusingly the UCL Labour Soc member maintained that ‘they receive bigotry because of their attitudes and appearance’. 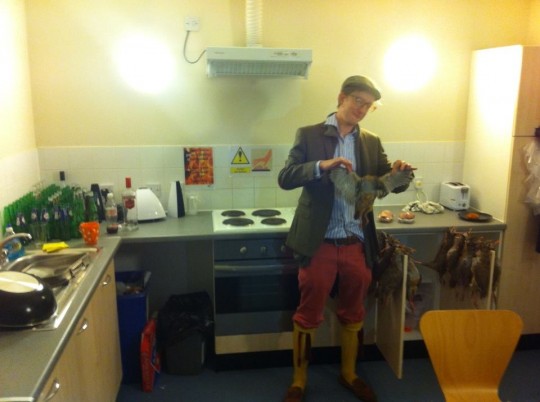 Regardless of the mini reflections of Westminster political opprobrium and the unrelenting sexual tension surrounding student politics, how damaging are the political stigmas to politics and democracy?

When the popular ‘which UK party do I side with’ quiz came out, Facebook newsfeeds were filled with people who’d always identified themselves as Liberal finding their views uncomfortably closely (if not more so) represented by Conservative policies.

Such predilections in the electorate could surely be decreasing the level to which people are being politically represented.

Charlie Brandon recalled a time when a girl on a night out declared, ‘all Conservative views are objectively wrong’. After asking her which ones, she eventually admitted: ‘well I don’t really know anything about politics!’

The anecdote doesn’t hold much value as proof of a problem, but it does illustrate the messages filtering through to those who don’t follow politics. 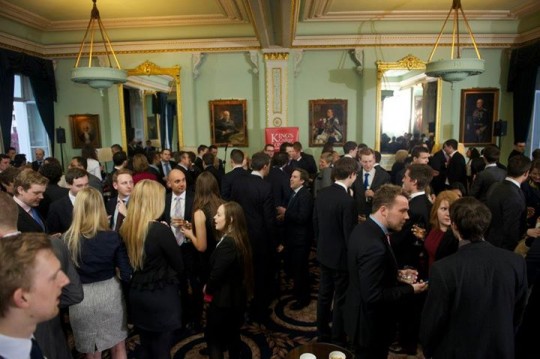 KCL Con Soc only dress up for special occasions

Making ‘Tory’ a metonym for upper-middle class, privileged individuals creates a double edged sword: not only cutting away those who discount political policies due to social stereotypes, but also those who feel they have to be Tory.

Indigo Ellis, a Liberal King’s College London student spoke out saying, ‘I have been considered a hypocrite when I’ve spoken about identifying with any political parties other than the Conservatives because of my background and education, despite my parents being the first in their families to go to university’.

Being alienated by left wing parties for fitting the stereotype they negatively associate with their Conservative opponents, a generation of liberal-at-heart students are becoming Tory.

Torin Pocock, a Birmingham Uni Tory who has a ‘toff accent’ and who has spent his ‘whole life in private education at a school where golf and clay pigeon shooting could be undertaken at break time’ says ‘it doesn’t matter what I do, I am always going to be seen as a rich toff from Oxford, which therefore makes me right wing, unsympathetic to the poor, and a big supporter of gross inequality’.

When asked if he felt his political associations were constrained by his upbringing and societies views on it, he replied ‘absolutely’. 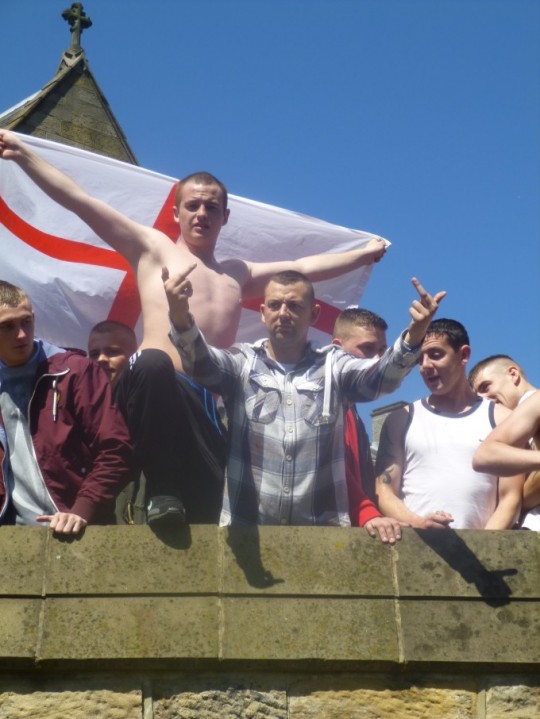 With such erroneous attitudes driving the cogs of political thought in our young demographic, we might as well start giving out questionnaires about income in maternity wards, so we know which party’s ribbon to replace the umbilical cord with.

Charlie Brandon rounded off his statement by echoing the thoughts of many of the Tories who spoke to the Tab, saying he’s a Tory due to pragmatism.

‘In my opinion the Conservative Party is the party that makes policies that will actually work, and takes the long run into consideration. I’m not evil or callous – I just like policies that work’. 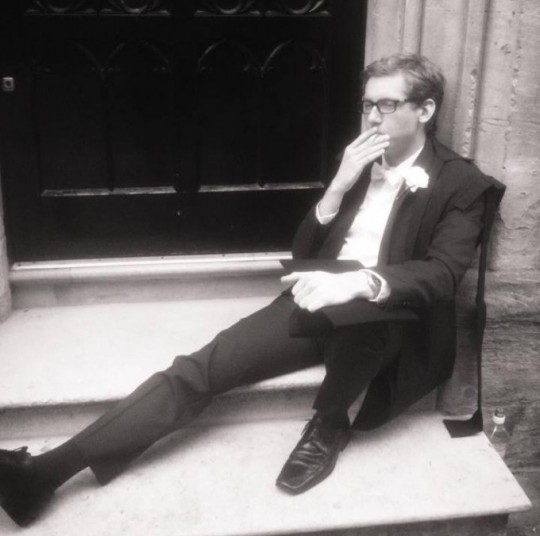 George Howes, chair of the Cambridge University Labour Commission, interrupted drawing Hitler moustaches on Thatcher photos to say, ‘I certainly wouldn’t want to condone personal victimisation of people because of their political beliefs’.

However, he also said ‘I hardly see how widespread anti-Tory attitudes is damaging for politics with right-wing media controlled by the likes of Murdoch, Rothermere, and Desmond’.

Perhaps the whole issue ignores the greatest irony of all, as Elliot Johnson of the Nottingham Conservatives pointed out, that ‘all political parties now seem to have a middle class leadership and membership, those who hark back to a class war are a bit mad really’. 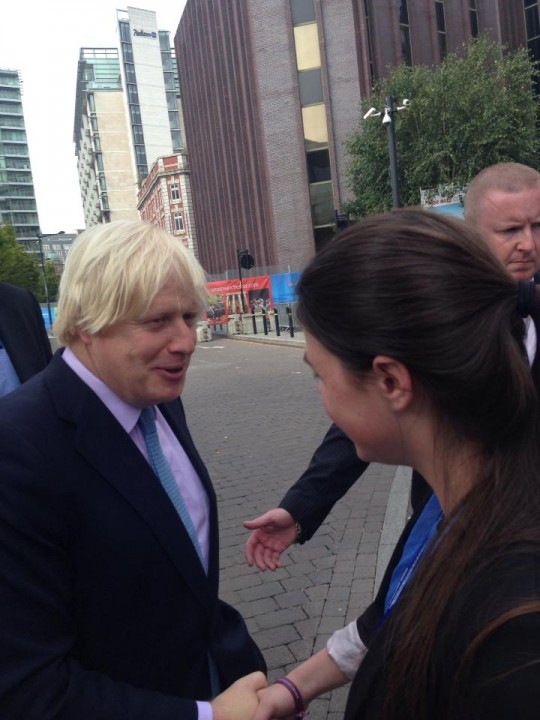 ‘Thank you Tor, for helping oppress the poor. We couldn’t have done it without you’

The Conservatives polled over 10 million people in the last election but many of those people are more than the crude stereotype you imagine them to be.

Instead, they are a collection of ideas and values which they feel are best, rather than completely, represented by the Conservatives.

Another Tory-leaning student from LSE perhaps best summarised the voting thought process of many – ‘I just thought they were the best of the worst’.