Katherine Soper has hairy armpits and the world hasn’t ended

Fun Fact: hair removal as we know it only started in 1915. Although the custom is ancient (and was usually practiced in societies where lice were an issue), European and American women maintained their full body hair well into the twentieth century.

Gillette, having invented a razor for men, wanted to expand their market – and in 1915, capitalising on the fact that women’s sleeves were becoming shorter, they launched a fervent campaign denouncing the (previously inoffensive) female underarm hair as ‘unsightly’, ‘masculine’, and ‘unclean’.

Adverts for razors to remove leg hair followed suit in the 1920s – but before Gillette, this market hadn’t even existed.

Women had got along just fine, and displayed no innate desire for a smooth, silky leg. 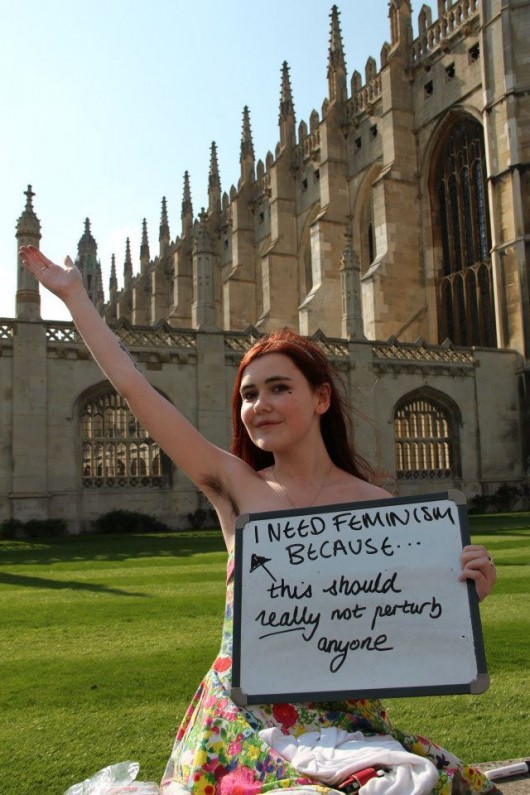 Flash forward to today, and lots of my female friends tell me how shaving is just a personal preference, their choice, and surely that’s what women’s rights are all about, etc etc. They’re not wrong.

However, I don’t think it’s possible today to grow up with a completely objective view of our body hair that isn’t influenced by both the socialised desire for smoothness, and the negative connotations we attach to women who don’t shave.

The first person I talked to when I considered growing my hair out said, “Can we please stop talking about this? It’s making me feel sick”.

So, while it’s true that lots of men shave, the crucial difference is that they can also choose to sport hair without provoking this sort of visceral disgust.

There’s the illusion of choice for women, but with social conditioning and expectations rigging the scales (not to mention the fact that hairy often functions as vague shorthand for a man-hating straw-feminist) it’s a “choice” akin to “Cake or Death?”. 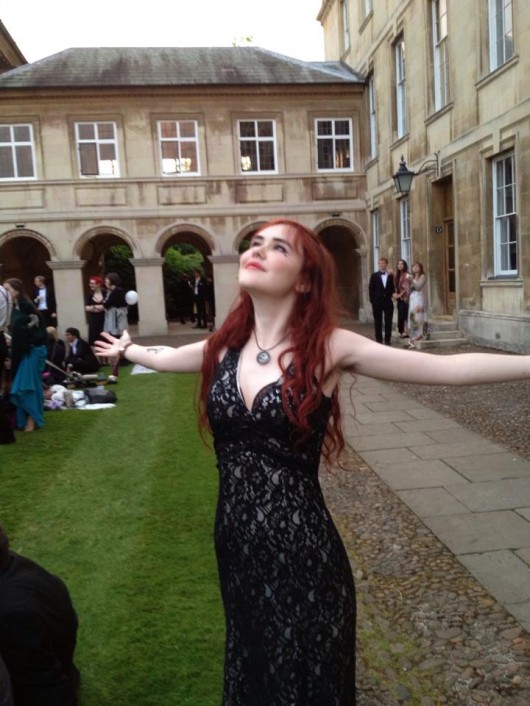 At 16, as a longtime shaver, I felt like my mindset had been so screwed over from such a young age that I could only cleanse my palate by growing my hair out properly: legs, underarms, and all.

This wasn’t easy, since I had to work through my own self-disgust, whilst hearing my mum’s voice in my head, sighing that I’m “making everything into a statement”.

Trouble is, the only way hair will stop being a statement is once it’s normalised.

If it’s ever going to be a genuine choice between equal options, women with hair need to be a familiar sight, not the punchline to hilarious Chewbacca quips.

This would, importantly, help debunk the assumptions that hair is a sign of ignorance, laziness, uncleanliness (seriously – that myth really needs to die), or a lack of personal pride.

Body hair is, in fact, the very mark of personal pride.

Waxing and shaving may take a lot of time and money, but rocking the hair takes an even larger amount of self-assurance and self-confidence.

I don’t pretend to be perfect in this respect; taking the hair out in public is something I still have to work on occasionally, even after five years.

Formal occasions are particularly difficult; the emphasis on unnatural hyper-grooming and on a conventional dress code means I’ve nixed the hair for past events. 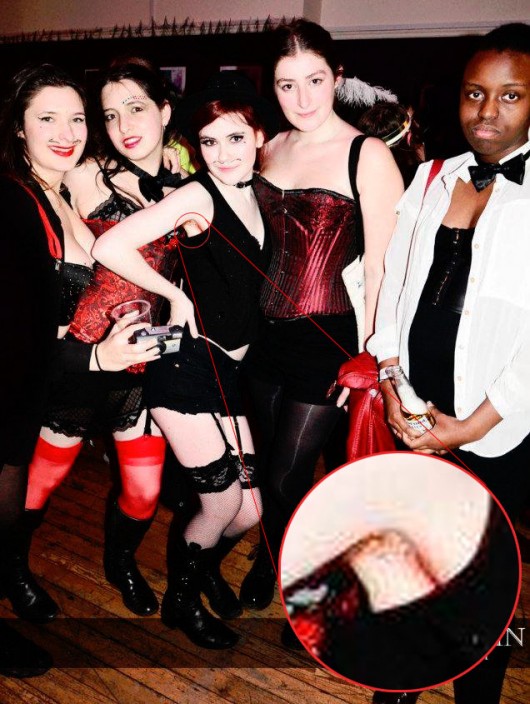 But on the very encouraging flipside: in January I dyed my underarm hair bright red, and to my surprise, I had a grand total of one slightly perturbed comment.

People’s reactions were more gleeful and delighted than anything else. This sort of experience suggests that the concept of a woman with hair is much more terrifying than the very normal, unthreatening reality.

Similarly, although some girls worry that hair will make them feel ‘like a man’, it becomes clear once you live with it for a while that hair isn’t masculine. It’s simply human, and it’s animalistic, primal, and wonderful.

I’m not saying you can’t be a feminist if you shave – but going au naturel is a learning experience worth having, and one any woman should consider trying.

It teaches you about the complex relationship we have with our own bodies, with other people’s views of our bodies, and with what we show in public. It makes you look at what really influences the choice to shave.

So I dare you to grow it out, at least for a while. See what it’s like. Acclimatise a bit – it probably won’t be love at first sight, due to habit and a lifetime of socialisation.

But if you can come to acknowledge the hair – even rock it in public – without disgust or embarrassment, the rush is incredible.

Do not fear the hair. The hair won’t hurt you. You may even grow (ha) to love it.

Katherine Soper is a recent graduate from Cambridge.