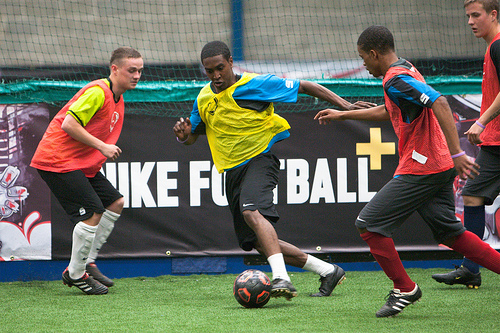 Brazil 2014’s not far away: Get playing with Lucozade Powerleague

The Tab and Lucozade Powerleague bring you free football, so you’ve got no excuse to sit there watching your dodgy Sky Sports stream any more. Get out and play.

To celebrate the fact England are definitely going to win the 2014 World Cup, The Tab has teamed up with Lucozade Powerleague to bring you the very best in student football.

Let’s be honest, the likes of Gerrard, Rooney and Lampard aren’t getting any younger, so now is the time for you to dig out your boots. The Three Lions are going to need some flair over in Brazil.

But unless you’re willing to shell out a stack of cash to join your uni football team, we know it’s difficult to find somewhere affordable to play in town.

So forget BUCS or intra-mural. For a place to get started, look no further than the Generator-sponsored Student Leagues. 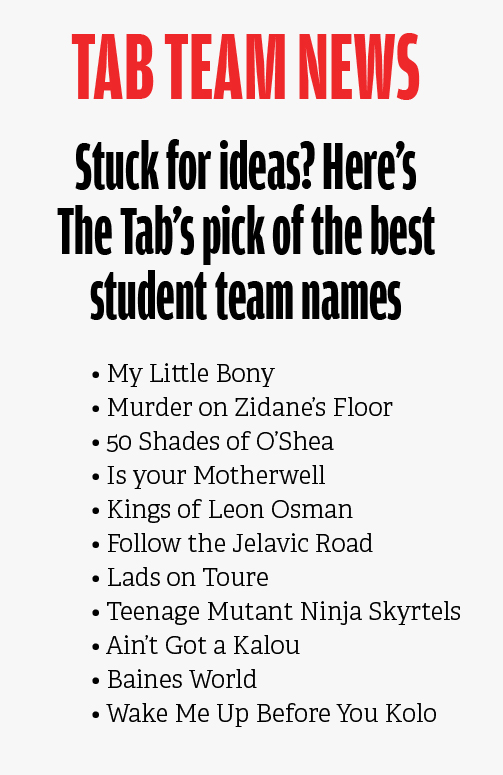 It’s so simple even Ashley Cole could understand. Get your mates together, think of a dodgy team name, and get stuck into the biggest student football movement in the country.

That’s free football people. Football so free that, if it was a role, not even Wayne Rooney could fill it.

After your freebie, you’ll be knee deep in weekly five-a-side matches. With promotion, relegation and prizes at Generator’s European hotels and hostels to win, there’s something serious to play for. 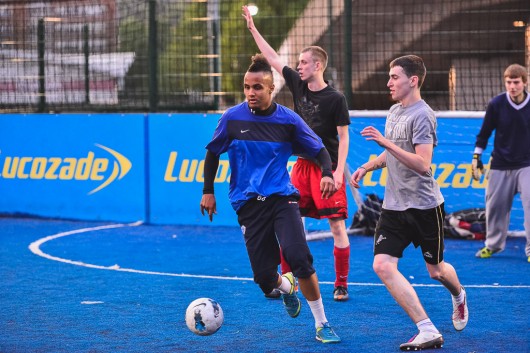 If you’re looking for a venue fit for your talents, forget Wembley or the Theatre of Dreams – they’re ridiculously overpriced. Lucozade Powerleague’s fully-enclosed pitches are built with the latest 5G technology. This is the good stuff.

If you’re still living in the age of sand astroturf, 5G’s what the pros train on. Forget keepy-ups on your weed-ridden student patio – to make it to Brazil you’ll need to start playing like a professional. 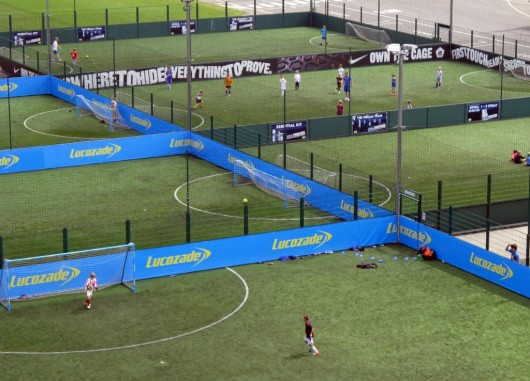 And what kind of friends would Lucozade Powerleague be if they weren’t offering a student discount? A terrible one, of course, so luckily they’ve got that covered. Hire a pitch as a one-off for a reduced rate. Or you can rock up on the day for a last-minute booking and save some serious cash.

As Alan Partridge once said: “Back of the net”. (It actually works in this context.)

As any football fan knows, what happens on the pitch is only half the story. Lucozade Powerleague brings the media circus to 5-a-side with its Press Centre. Read reports and see pictures and videos from your matches – kind of like having the best bits of Football Manager without the contract disputes.

The countdown to Brazil is on, so you’ve got until June 12, 2014 to whip your team into shape and join Roy’s boys in playing to the samba beat.

Click here to go to powerleague.co.uk and find your local centre in the dropdown.