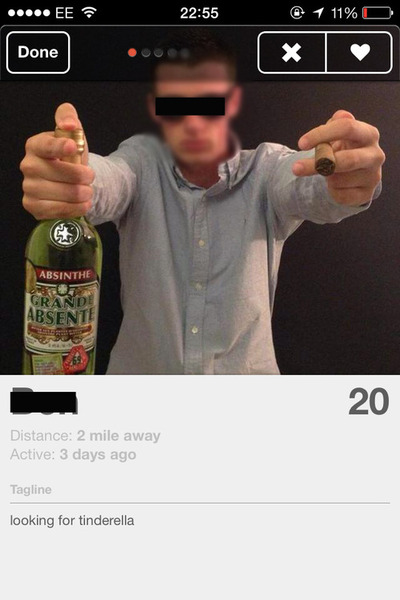 Tinder, the unfortunate epitome of modern dating. Ain’t nothing like selecting a potential mate based on a highly edited, posed for photo and one line of self-promoting, made-up adjectives.

Love at first swipe? I think not.

However, while this shameless hook-up, *AHEM* dating app could be seen as shallow, it bring us climatic pleasure in other ways.

We present to you, the twats of Tinder. ‘Uh-oh’ indeed. Why this guy thought re-enacting an Old Spice commercial on a Shetland pony was a good idea, is beyond us. 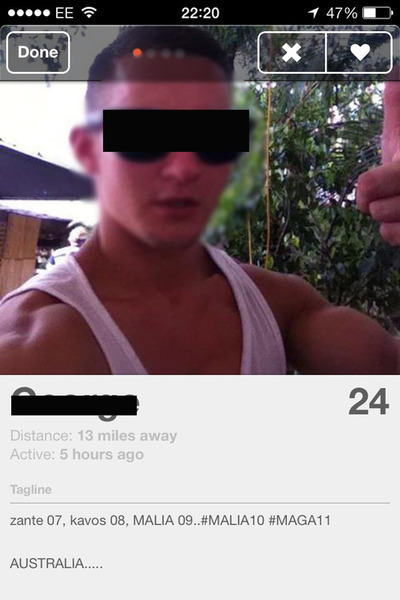 So you’ve been shagging randos in foreign cities since 2007? Excuse me while I undress and down a neon fishbowl… Also, the inconsistency in the hashtags and use of capital letters isn’t doing this guy any favours. 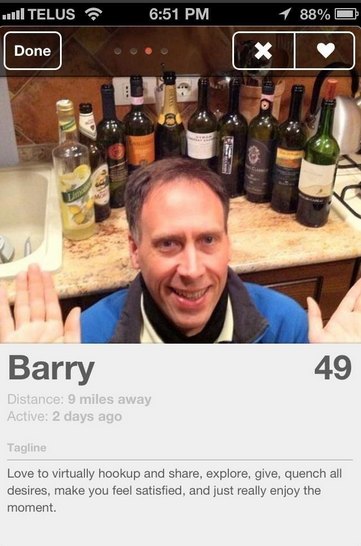 Because nothing says sexy like jazz hands and a virtual hook-up. We’re just hoping that Barry is crouching in this photo and doesn’t turn out to be 4 foot tall.

Absinthe and an unlit cigar? What a badass. Tinderella is obviously just around the corner. He’s just calling for a right swipe… 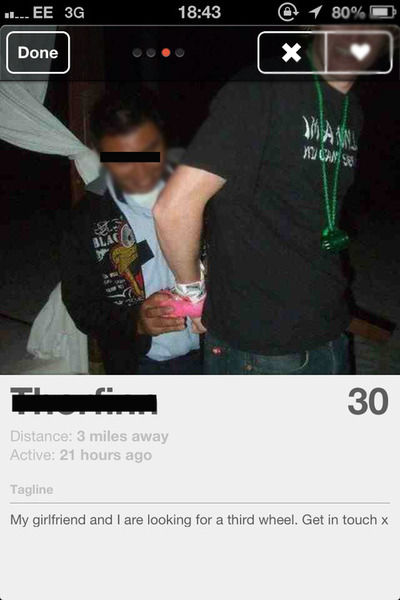 We wouldn’t normally have a problem with this kind of profile (well, Tinder is all about getting some right?) but the fact that the girlfriend isn’t in the picture worries us. Is she hot? Will those handcuffs be used? Who’s the other guy in the photo? 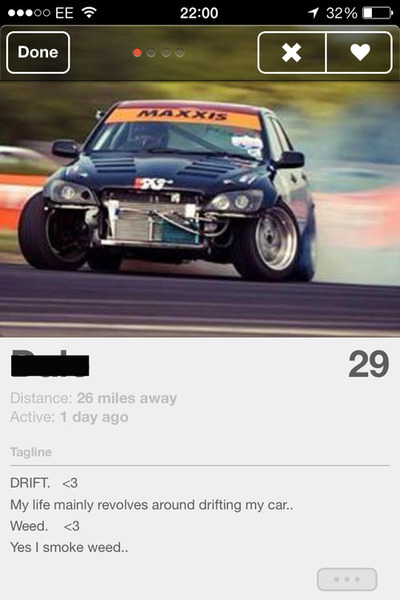 Whether it’s the weird heart symbols, wrongly executed ellipses or the fact that he pretty much admits that he loves his car more than his face, this guy could not be further away from a right swipe if he tried. And, in case you were wondering, yes. He smokes weed. 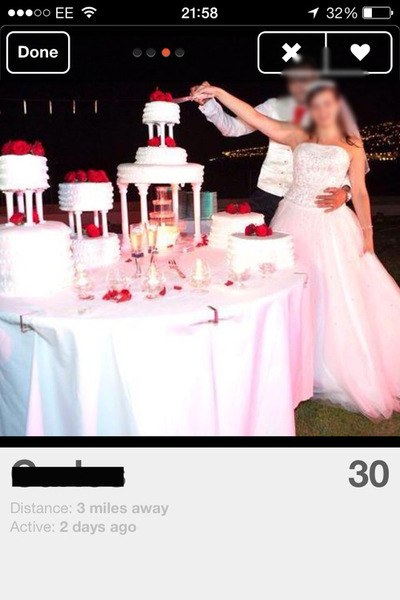 One the one hand, you can see that he’s not afraid of commitment. On the other hand, he has terrible taste in wedding cakes. However we’re not here to judge. Being someones third wife could be what’s missing in your sex life. 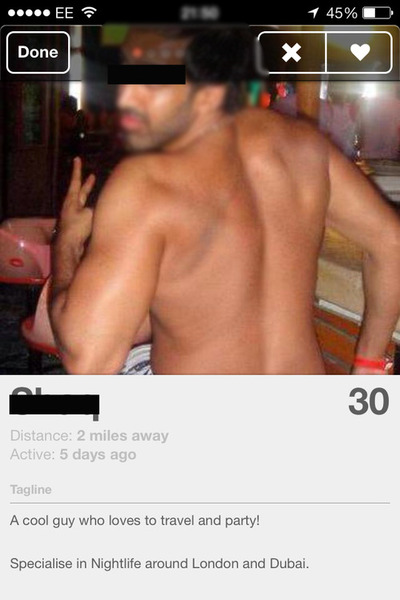 Also specialising in terrible hand gestures, taking his shirt off in public places and just being far too ‘cool’. 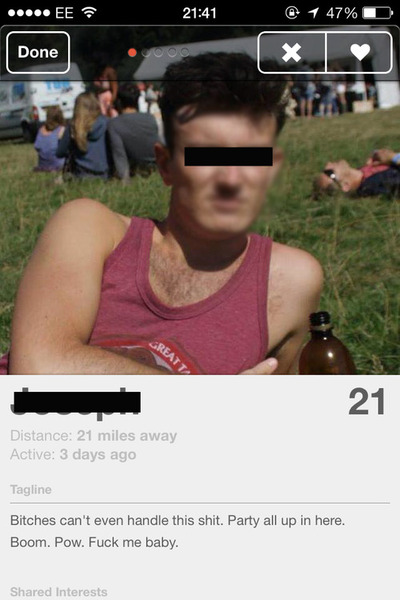 Oh wow. Well if anyone is looking for the party, you’ve found it. Watch out bitches. 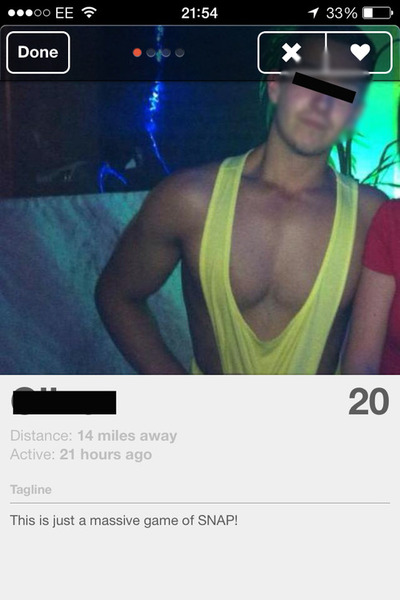 While this lovely gent is trying to show off his fake-tanned bod by stretching his already super small vest, to us, it just looks like the swimwear piece worn by our favourite news reporter from Kazakhstan. Snap anyone?