Welcome to the seventh instalment of ‘What Ruby Baked’, in which we follow UCL’s very own Nigella in her pursuit to be crowned ‘Amateur Baker of the Year’.

At last, the quarter finals are upon us. Sweet dough has been sweated over, pastry prodded, and tiramisu tainted with the tears of parting contestants. Only five bakers remain, and this culinary journey will continue with an all-female ensemble of floury Sirens.

All of our delightful nymphs express pleasure and surprise at making it to this point in the competition, although their clenched teeth and steely gazes betray them. Ruby, a little late to catch on, has only just realised that it is probably best not to ‘slag off’ her bakes to P n’ M.

The ‘theme’ this week, if you could call it that, is some form of puritanical minimalist baking, as our ladies are instructed to use gluten free, wheat free, dairy free, fun free etc ingredients.

The first task was to make a bread loaf using ‘unusual flour’, a task sponsored by David Cameron and his bread maker.  Our Rubes went for a Mango and Nigella Cob, using real pieces of Nigella Lawson combined with spelt flour, while explaining that she had become a ‘less emotional baker’ through the stresses of a primetime BBC2 show.

Luckily for viewers, her facial expressions remained as expansive as ever throughout. After a dull interlude about the ‘national loaf’, the breads were judged. Razzle-dazzle Rubes’ loaf was unfortunately found to be under proved and under baked, much like Cameron’s policies.

This weeks titillating technical was to make a Hazelnut Dacquoise, an ordeal chosen by a cackling Mary Berry. Everyone was at loathe to point out that this was ‘the most complex technical ever’ while looking worriedly into the distance. What’s that you say? Things are getting gradually more difficult?! No shit Sherlock, that tends to be how competitions work.

Hands off her buns Hollywood!

Everyone got very stressed and looked like they were doing a rubbish job, but in the end all the cakes looked pleasingly presentable. Ruby in particularly looked like she was making a real hash of it, but after a taste test from Paz and Maz she was announced as the technical winner.

The showstopper challenge was to create a ‘3D cake’ using vegetables instead of flour, which sounds exciting and dramatic until you realise that all cakes are in fact 3D. ‘Vegetable cake’ doesn’t quite have the same ring to it though.

The bakers made a variety of weird and wonderful cakes, from Christine’s guitar on a flashing tray (always showing off) to Frances’ hidden carrot garden. Our gal Tandoh made a little allotment, smashing her mixing bowl and pretty much destroying the whole bench in the process.

Everything looked very pretty and special, the viewers ooohed and aaahed but P n’ M went for a double bad cop routine as they pretty much laid into all of the cakes, dubbing them to be dry and flavourless.

As the nation perched on the edge of their John Lewis sofas, the final judgement was made. Ruby, light of the tent, baking wizardess, was crowned Star Baker once more. Christine was cast into the darkness of the night, her baking services no longer required.

Tears fell as the other bakers clutched her, wailing with barely disguised relief. 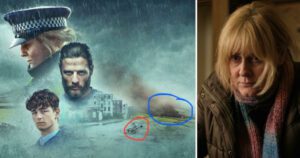 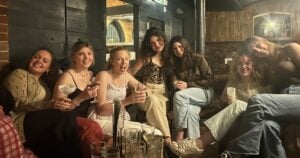 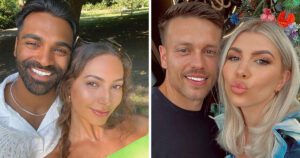 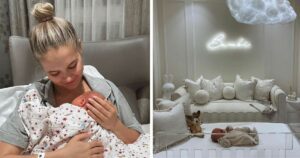