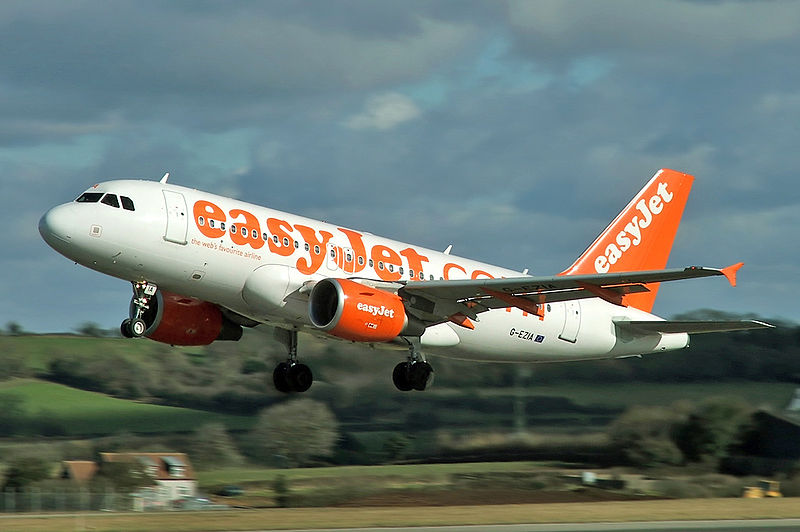 Mark Leiser was refused entry to an EasyJet flight after he called on his Twitter followers to “get right into ’em”.

A law lecturer specialising in freedom of expression online was refused entry to an EasyJet flight for criticising the airline’s service on Twitter.

The flight from Glasgow to London, delayed by 90 minutes, was holding up Mark Leiser – who works at University of Strathclyde – and a serving soldier, who was travelling to take part in active service.

Leiser posted the Tweet on behalf of them both, telling The Independent it was to “put pressure on [EasyJet] to do something about it”.

However, the tweet soon lead to trouble, which Leiser posted regular updates about:

While queuing to board, Leiser was stopped by a member of staff, who informed him that he couldn’t board the flight due to the tweet. He was then told:

Leiser asked the attendant if he’d heard of free speech, to which he replied: “What, are you some kind of lawyer?” Oh the irony.

When Leiser showed the man his university ID, the attendant quickly spoke with staff and informed him that he’d better get on the flight, as they were waiting for him.

Leiser said: “He only really let me on the flight because I flashed my law lecturing ID and I don’t like doing that.”

EasyJet later tweeted an apology to the lecturer, and the airline have since logged an investigation, posting an update on their Twitter: 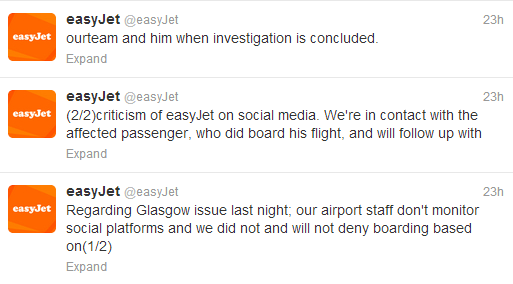