Graduates slammed as unprepared for the workplace

Grad employers think students lack teamwork, punctuality and determination when they enter the world of work…

Only one in six graduate employers believe that students are ready for employment, saying they lack key skills such as teamwork, determination and punctuality.

Over 200 graduate employers claimed their new recruits were not ‘work ready’ when they left uni.

In a boost for those at metropolitan universities, the YouGuv poll, compiled in behalf of The Times and Sunday Times, said that the subject you studied was more important than where you studied it. 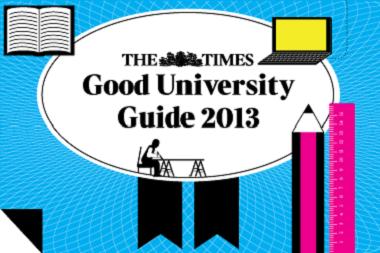 However official employment figures appear to contradict this with graduates at London South Bank University more than twice as likely to be unemployed as those who studied at Oxford or Cambridge.

The survey also serves to underline the difference between university, where students will have on average 14 contact hours and a total workload of 30 hours per week, and the workplace, where many competitive graduate jobs require in excess of double that.

Editors of the Times University Guide have suggested that universities place more emphasis on employable skills rather than having a purely academic focus.

Editor Alistair McCall said: “With the typical degree now costing £27,000 in tuition fees alone, students have a right to be better prepared for the battleground that is the graduate jobs market.

“The survey shows how crucial it is to make an informed choice of course and university when investing so much money in a degree”.