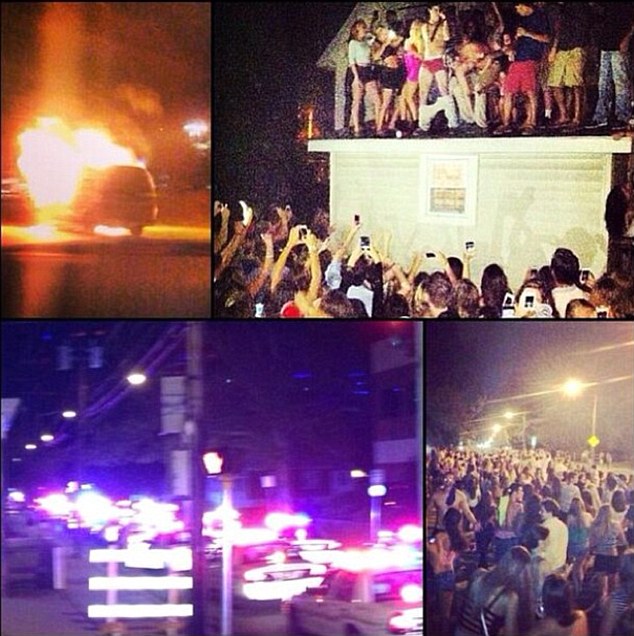 Scroll down for video.

4,000 University of Delaware students took to the streets of Newark, resulting in damaged cars and upturned rubbish bins.

The ruckus began at around 11.30 p.m. and took around 75 police officers and 60 squad cars from around the state to bring it to heel. 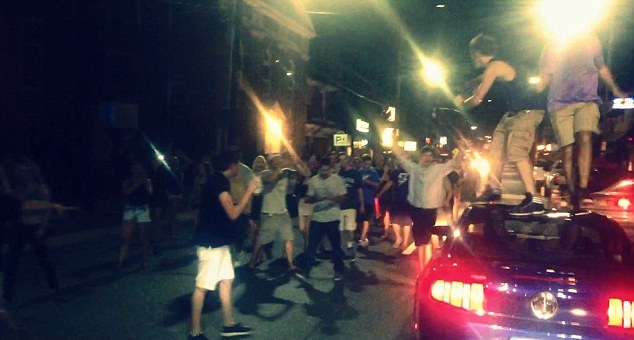 Three arrests were made – including ‘I’m Shmacked’ cameraman Marcus Hyde. According to police, Hyde’s filming encouraged the students to act even wilder.

The founders of the YouTube series tweeted they would be at a University of Delaware frat house that evening.  ‘I’m Shmacked’ is based around a party bus which travels to various coed college parties for no-holds-barred ‘shockumentaries’.

The tweet spread like wildfire on social media with over 1,200 retweets, leading to thousands gathering at the 400 block of South College Avenue near the University of Delaware campus. 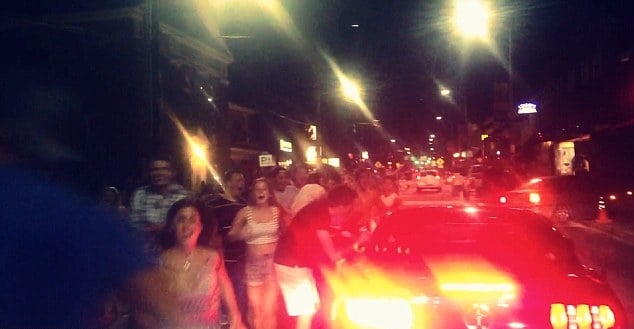 Before the filming crew could arrive, police turned up to disband the party. Disappointed college students then wandered aimlessly through Newark before midnight, peeing, walking on the hoods of cars and trespassing through yards.

‘I’m Shmacked’ creator Arya Toufania said: “We’ve had riots before, nothing that bad before, ever, I’ve never seen anything that extreme.”

Toufania added: “The real instigators of the riot were the police, they could have shut the party down, cornered it off, it just seemed as if they were, like, monitoring the riot.”

He claims the riot was already in progress when he and his crew arrived.