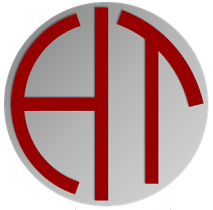 A headmaster has reported a teenage blogger to the police and his top university choice for criticising the manner in which the school was run in a satirical online blog.

In his postings, Kinnan Zaloom drew attention to the school’s focus on PR, with large advertising campaigns budgeted for but a lack of investment in musical instruments and gym equipment.

“Mad writings”: The Hampstead Trash blog at the centre of the scandal

The blog regularly contained sentences packed with expletives, comparing the school to Animal Farm (featuring headteacher Jacques Szemalikowski as Napoleon) and accusing the school of “playing the league tables”.

The blog also said: “Management are too fucking busy trying to improve the stats so that the school gets more money from the government”.

The headteacher had the blog blocked on the school system and went on to report his student to the police.

Speaking to The Camden New Journal he said this was an action that he was “duty bound to perform for the prevention of violent extremism”.

Neither the headmaster nor Mr. Zaloom have heard back from the police at this time.

Not content with just informing the police, Mr. Szemalikowski went on to contact his student’s first choice university, the University of Glasgow.

Szemalikowski claimed he was “warning them what sort of person they were dealing with”.