Students are being educated about the pros and cons of fake tan after the orange glow craze has cost one Cardiff landlord thousands of pounds in new bedding.

Landlord John Winter thought at first the marks were a rogue student’s bodily fluid, or a problem with the mattress.

Barcoe, who works at Blush Hair and Beauty in Birchgrove, Cardiff, said:”Fake tanning will wash off sheets 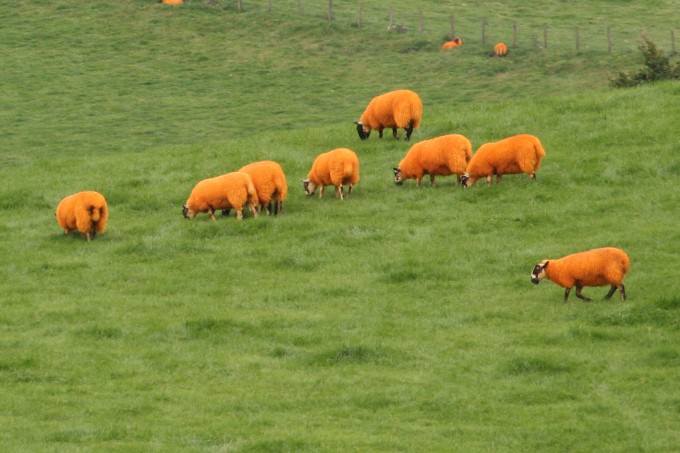 Sheepish: Any explanations for this then Cardiff students???

Winter’s lettings manager, Joe Harris, said: “It seemed to be a new phenomenon in Cardiff which began about four years ago, although I had come across it before when I checked other properties elsewhere.”

“John [the owner] didn’t have a clue what the strange orange marks were. They were roughly body shaped and you could see the wrist, ankle and shoulder areas.

“There is a high percentage of females out of the 400 students we house, so the incidents were much higher, and you could see the fake tanning products in nearly every room.

“We try to educate the students and it has been quite successful because three years ago we had 220 mattress covers ruined, but this year that’s dropped to 147.”