Students should be more careful about their online activity. We show you how not to, with our guide to staying hidden on facebook…

Students should stop posting pictures of themselves having fun on facebook and twitter, because it will ruin their job prospects, claims a graduate jobs guru.

According to Career Academies UK chief, David Walker, students are not aware of the consequences of what they put online.

Walker – who has seemingly forgotten that you can hide your profile (see below for our full guide) – “In an age when every teenager is socially connected to their mates, too few are using their digital skills to reach out to employers.”

The fun sponge claims many students don’t use common sense when updating their online profiles, forgetting to check the photos they’ve been tagged in and posting content that could damage their job prospects.

One British woman, known as Lindsay, used Facebook to vent her frustration about her job – forgetting she was friends with her employer on the site.

After posting a status exclaiming “OMG I HATE MY JOB!! My boss is always making me do shit stuff!!”, her employer responded “that shit stuff is called your ‘job’, you know, what I pay you to do.” He then sacked her.

There has also been controversy over Facebook pages, with a “Spotted in the Forum” page about students at University of Exeter being shut down by their Students Guild.

The site, which allowed students to ask things such as “To the girl in the pink hoody, do you want my D in your V after exams?”, was ordered to shut down after a game called “Sneaky Nuts” showed a photo of a student exposing his genitals.

The Guild posted a statement, commenting that “employers now scan social networking sites and will take a view on people’s professionalism based on what they read there.” 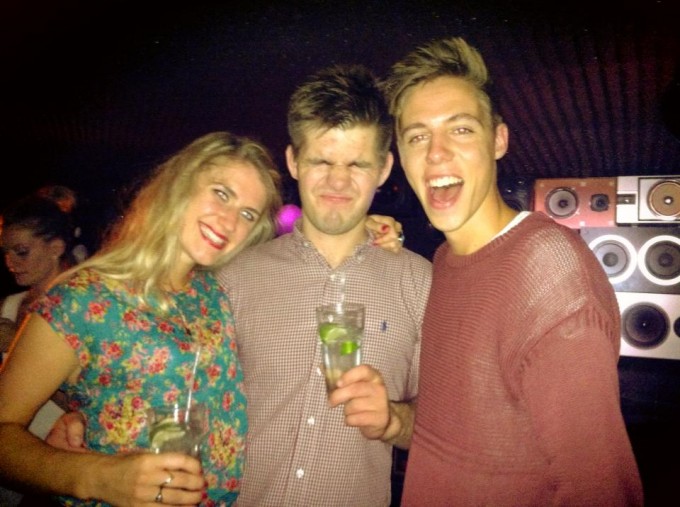 Some employers wouldn’t appreciate this face, others would…

Walker recommended that more students use their digital skills to reach out to employers through sites such as LinkedIn, where they can post their academic grades and references for employers to see.

He warned that students needed to remember “the importance of making sure what they post on social media shows them in a positive light”.

So don’t listen to Walker the fun sponge, simply hide whatever you post from the people who might want to snoop on you, in three simple steps…

1. Access your privacy setting next to the ‘home’ button. Make sure you have selected that only ‘friends’ can see your stuff.

2. You also want to make sure you ‘limit past posts’ of things you may have shared in the past.

3. Finally make sure your cover photo is a decent one, as this is all they can see.