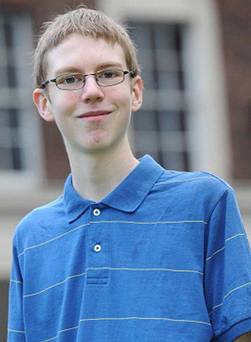 Alastair Herron got 7 A* at A-Level (and 13 A* at GCSE). He’ll now study at Stanford after being rejected by Oxford…

A boy with some of the most impressive A-Level results ever seen was rejected from University of Oxford.

Alastair Herron achieved 7 A* grades at A-Level, having already bagged 13 A* grades at GCSE at Royal Belfast Academic Institute. He will now study at Stanford in the US.

The not at all bitter Belfast schoolboy told BBC Radio he already had several offers from several Ivy League universities.

He said: “I would never stay at Oxford with offers from America so I am not in any way disappointed.

“I applied to Oxford but they didn’t have a place for me. I am not sorry. The university didn’t tell me why, they sent a vague reply to me which could have meant anything.”

Oxford said they are forced to turn down “many exceptional applicants”.

“Aptitude tests, GCSEs and interviews are all used in our selection process. Candidates for any given subject are compared against one another as a ‘gathered field’.”

Herron’s story fueled the debate on whether grades were enough to rely on when applying to university. 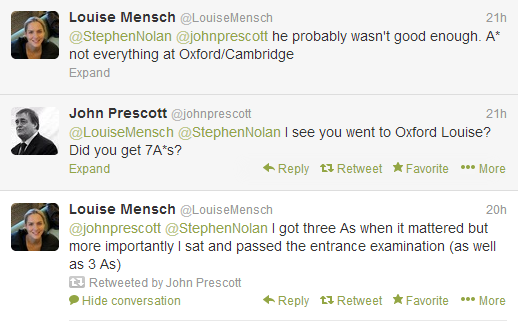 The news attracted the attention of politician Louise Mensch, who tweeted Nolan claiming the student “probably wasn’t good enough”, arguing that grades were not the be all and end all.

Her tweet enraged the former deputy leader of the Labour party, John Prescott. He tweeted, “Did you get seven A*s?”