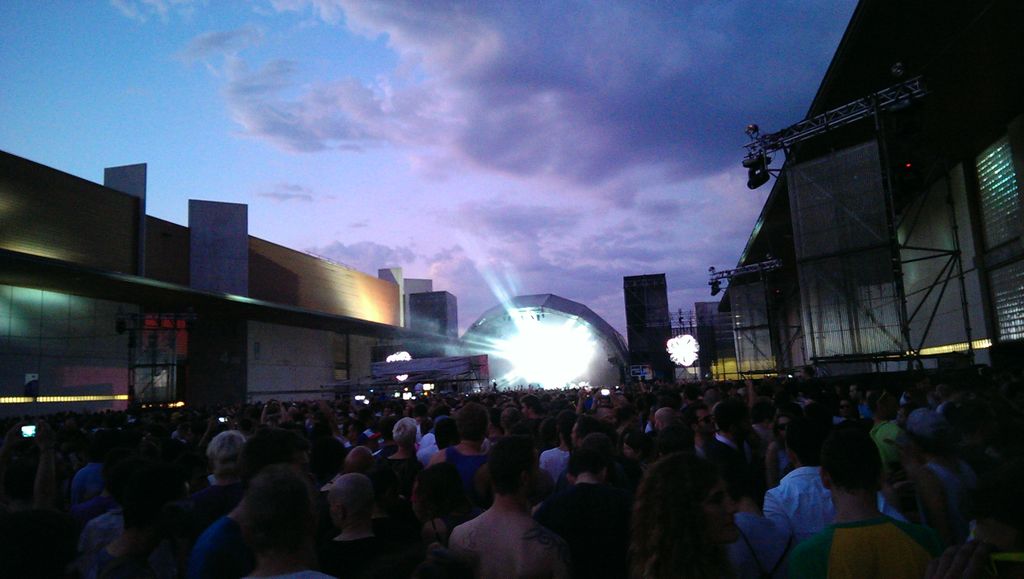 Drugs tests, clean loos and EDM outrage. The Tab takes you through the highs and lows of Sonar 2013.

It was the supposed to be a weekend so big even Kevin and Perry would be proud of it.

Yes that’s right, a small group of strike-loving buffoons tried their best to ruin Tuesday and Wednesday travel to the Barcelona-based festival. The good news for Sonar organisers is ravers are an enterprising and/or desperate bunch.

Some drove, some took the bus or train (tickets starting at €400) and one guy we met bought a flight via Lisbon for €900. In the end, 120,000 revellers swarmed over Sonar’s day and night venues.

Any festival is going to be fun but Sonar sits firmly on the brilliant end of the spectrum. Why? Because it’s an easy festival. Sonars comfort factor makes it jaw jiggingly good. Here are The Tab’s highs and lows:

The sickly sweet smell of Porta Loo poo is hardly anywhere to be found. Conventional toilets all the way. 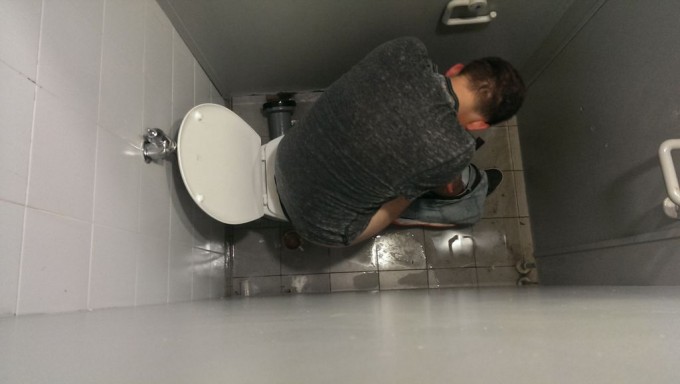 We found this guy’s hat in a puddle of puke poking out from under his cubicle door and couldn’t resist a peek. 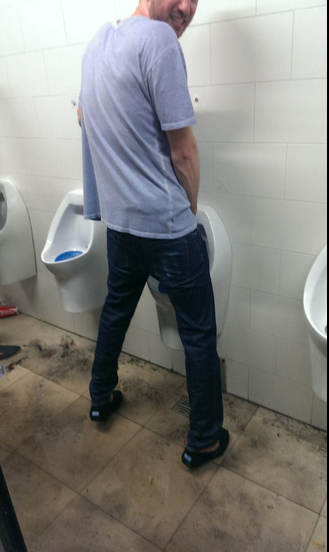 About as bad as it gets

Sonar people are smart people. There isn’t a camp site because Spanish heat and tents don’t mix. Everyone stays in hotels or apartments and this makes all the difference. Dark rooms, beds, sofas and showers give you that extra, much needed, rest. You don’t even have to worry about charging your phone. 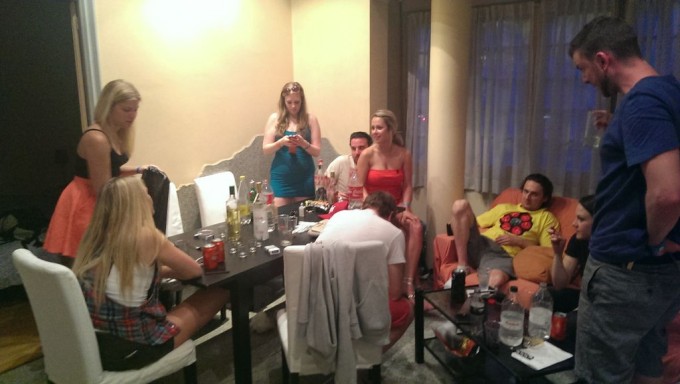 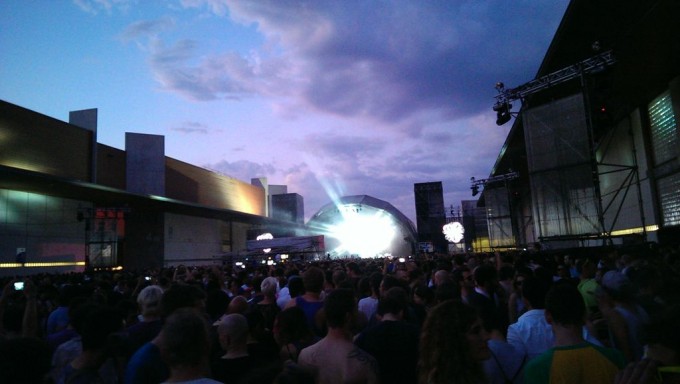 Standing in the walkways you can often see two different acts. It’s that easy to move between shows.

Sonar by day moved to a new, more spacious home this year. It’s the perfect place to kick-start festivities. 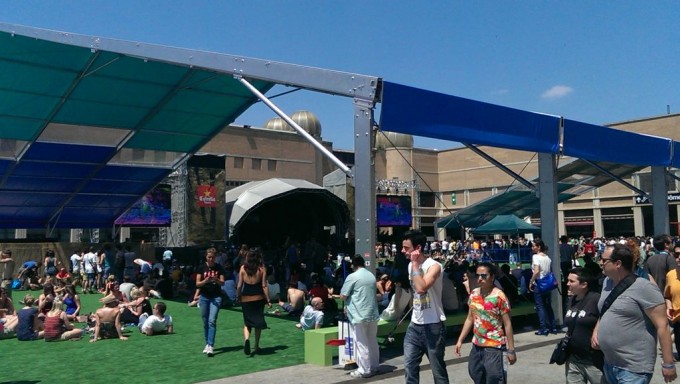 Everyone lies around sipping frosty beers, while the more adventurous explore a wealth of cultural offerings and tech expos. 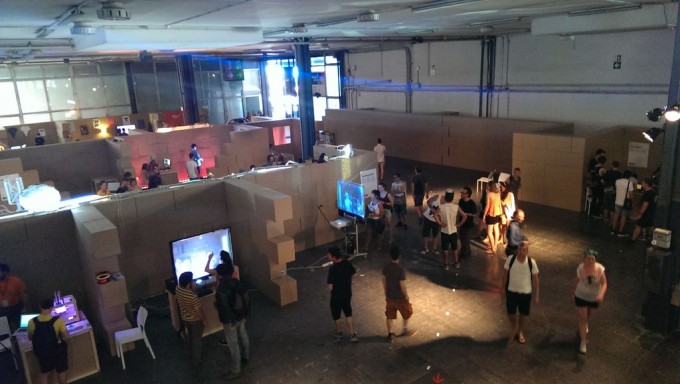 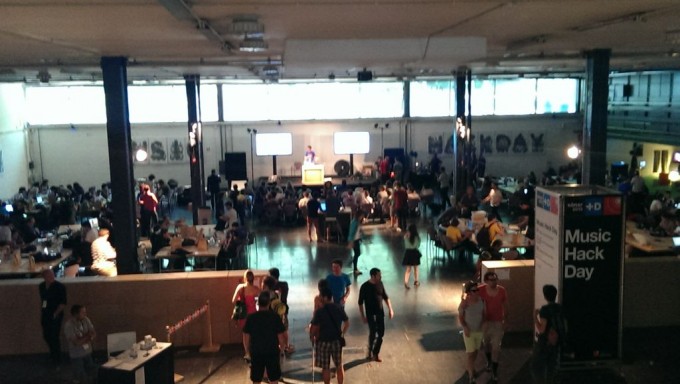 Which other festival has a hack day!

You can’t really separate the two when your immediate world is everything electronic. Sonar is a massive safe haven. It’s that special time once or twice a year when a lot of people immerse themselves in drugs and rhythm.

Demand to mash is high – dealers hand you business cards in the street. By the looks of it this guy ate everything on offer.

Other reviews of the festival paint a painfully rich critique of the music, lamenting the recent influx of EDM and the decline of the original hard-core community. All I can say, as a mere non-scenester, is everything was good.

Some sets were extra special. Kratwerk’s 3D show had satellites flying into the crowd and Seth Troxler made a perfect sunrise. 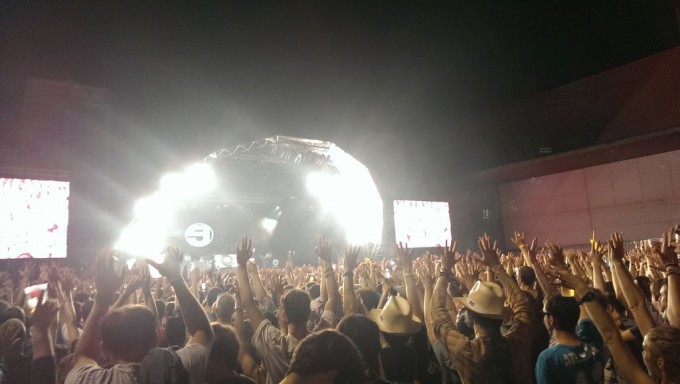 Sonar’s approach to drugs is, shall we say… liberal. A drug testing centre sits by the main entrance and is free for all. 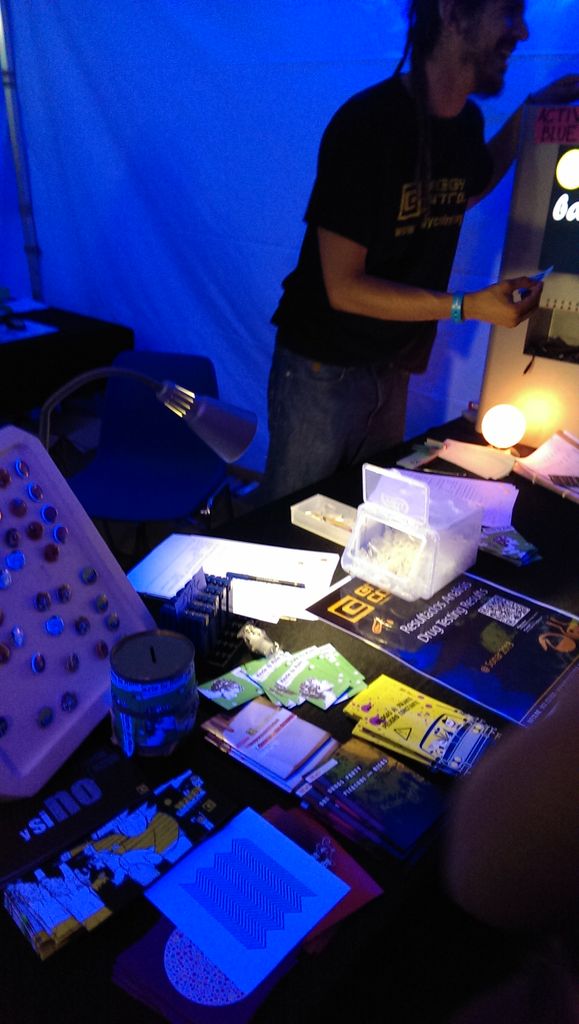 Within one minute staff tell you whether your powder or pill contains the poison you desire and a comprehensive breakdown is available one hour later.

We tested Ket and a pill picked up from some chopper with a rat tail and were shocked to find out the pill had nothing good in it. No MDMA, no speed, no coke – nothing.

The K came back positive but my biggest regret of the week is not returning for the complex breakdown. Probably best we don’t know what other shit was mixed into the horse powder. 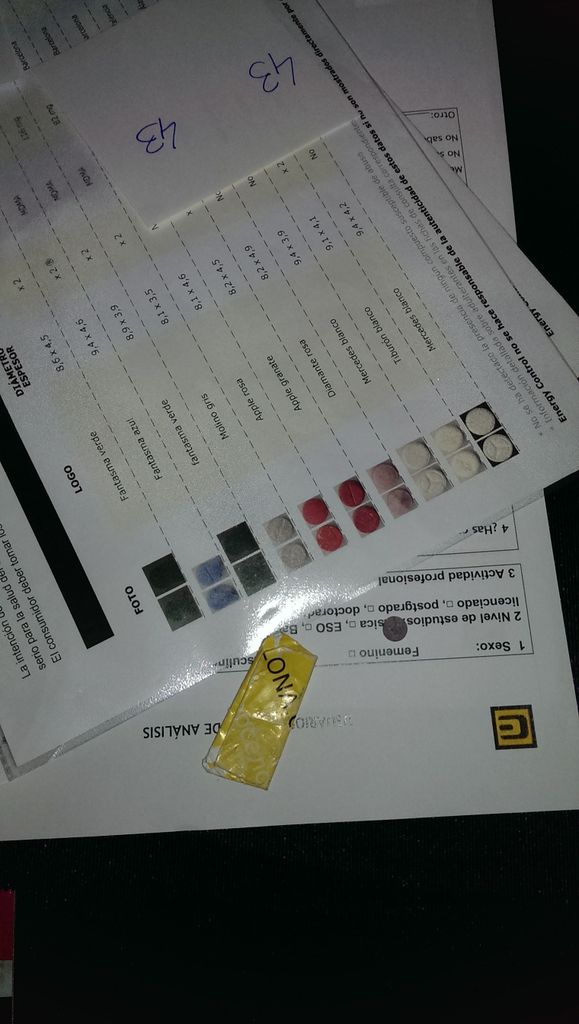 Every drug was photographed and documented. That’s my shit pill. Hats off to this effort. Harm reduction all the way baby.

Everyone had a ride, the only problem was getting a damn car. By far the best place for meeting fellow mashers and beautiful girls. 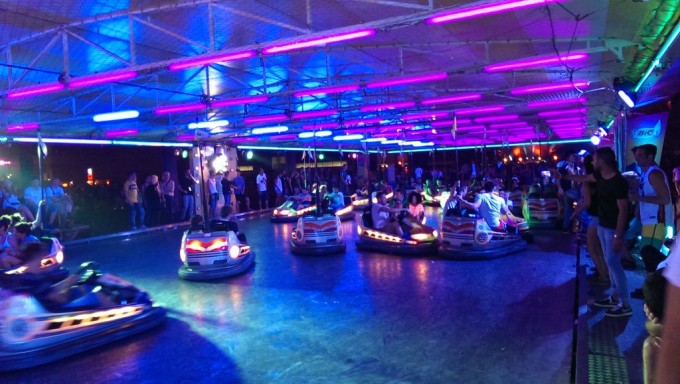 Everyone has to purchase tickets, Club Med style. Coloured paper is then exchanged for drinks. While this may save time (not having to do the maths and wait for change) the ticket queues were long, meaning you queued twice. 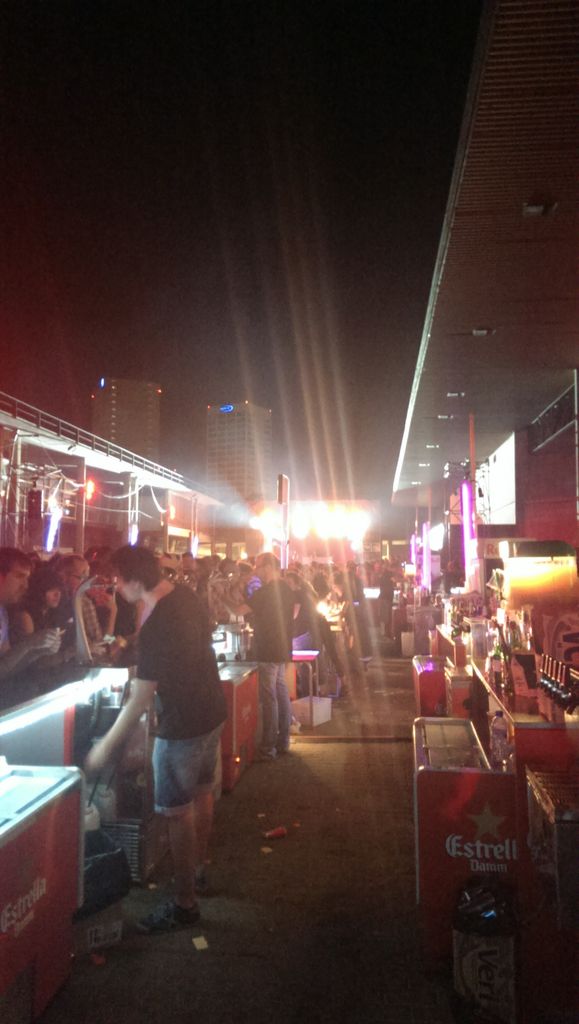 Minor complaints. The water and beer tickets were yellow and orange and totally indistinguishable at night/when mashed. 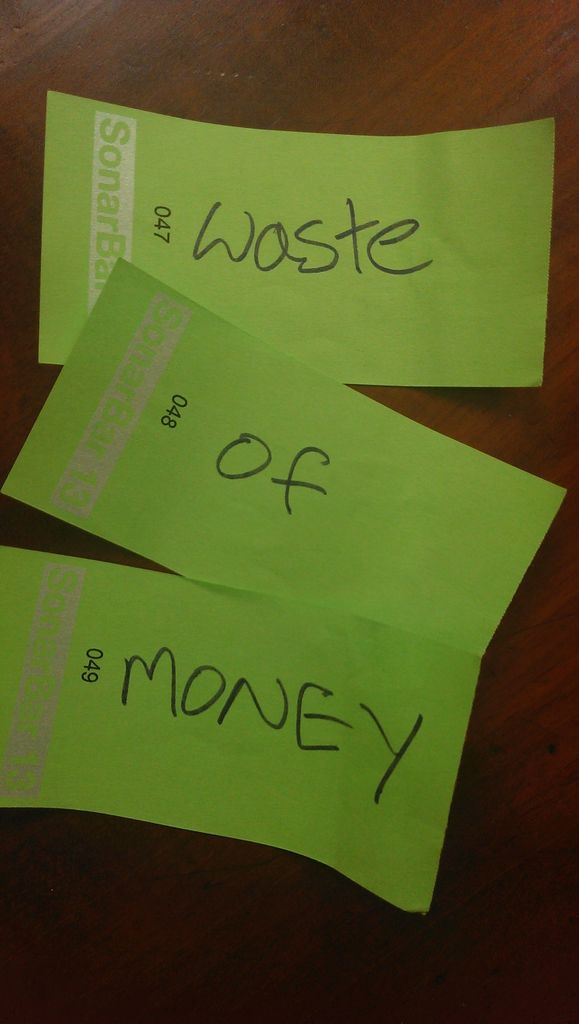 You also fly home with this bullshit

You can’t buy a bottle of water and keep the lid. Madness. All bar staff throw them in the bin no matter how loved-up and polite you ask.

Reason 2: it’s hot, people rave hard and sweat. Leaving the lid off makes you (and everyone you share with because you can’t be bothered to hold it) drink more. My answer – bullshit. Don’t tell we when and how to drink. 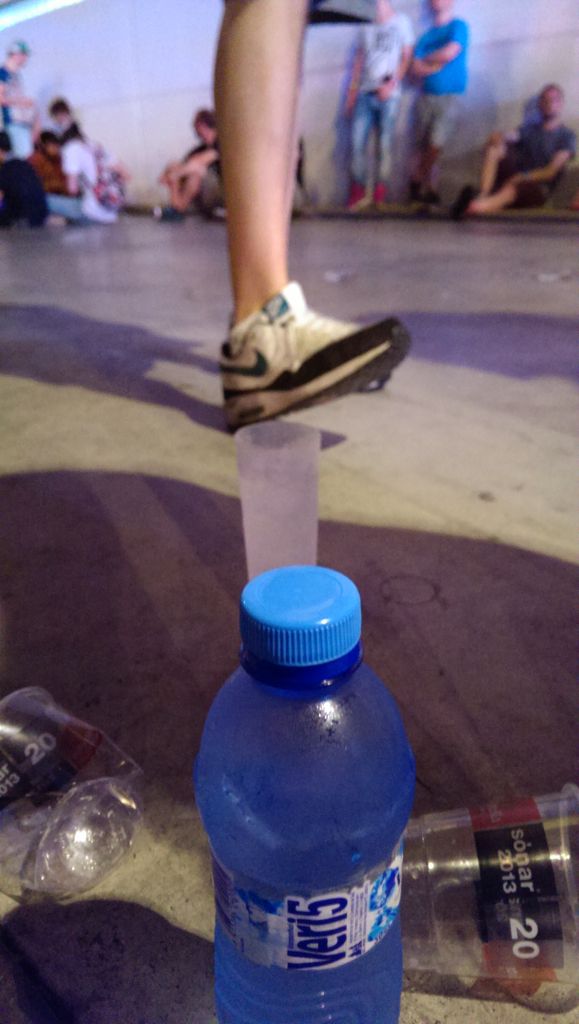 All in all Sonar was one big massive high. Definitely going next year.