It was us wot banned it

UCL’s feminists won a victory last week when Union Council voted to ban The Sun from being sold at UCLU shops on campus.

The motion banning The Sun described the newspaper as “misogynistic” and accuse it of “promoting a degrading view of women to society” and “normalising the sexualisation of women”. 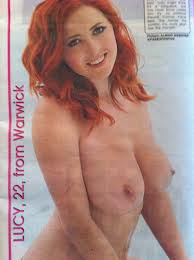 The paper’s famous ‘page three’ feature was singled out, with the proposers of the motion stating their belief that such a feature “constitutes sexual harassment” and is patronising and humiliating towards women. By succeeding in banning The Sun from UCLU shops the proposers of the motion claim that they have ended UCLU’s public support for this “misogynistic national institution.”

Beth Parkin, who proposed the motion stated that the motion was in no way a clampdown on free speech on campus because students “are still free to walk ten minutes down the road” and buy The Sun if they wish.

However she refused to commit to whether or not the union should ban papers such as the Daily Mail which has provoked the ire of some feminists for its attitudes towards women. Instead she stated that although women are “degraded in the tabloid press” she felt that there was no need at this stage to take action against other newspapers as the banning of The Sun was “pretty symbolic.”

However outgoing Tory Soc President Matthew Corner condemned the decision as another example of the “UCLU knows best attitude” and accused the union of preventing students from making their own choices about what they read.

“Essentially what they’re saying is “we’re right about banning it and others are wrong to read it” which is not their judgement to make” he told The Tab, accusing UCLU of impinging on freedom of speech.