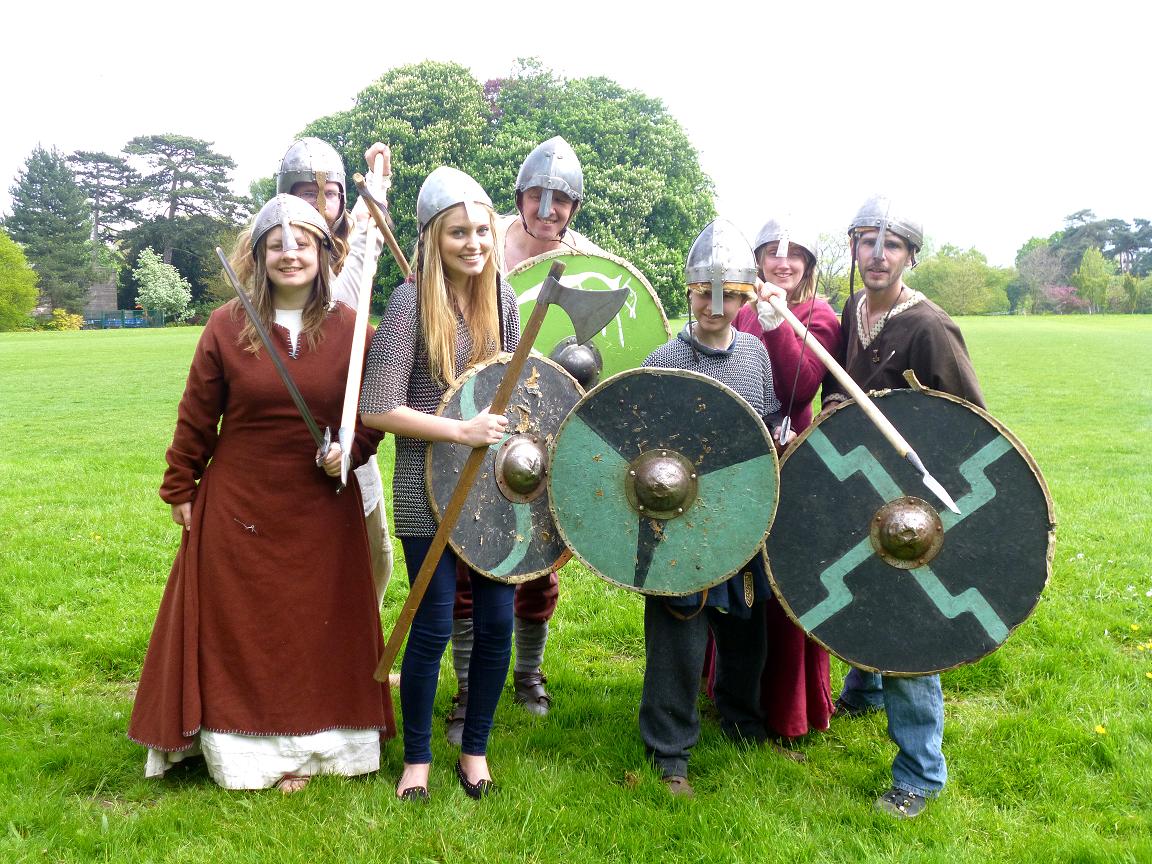 One of the more niche societies in Oxford…

It’s the year 1000 in Anglo-Saxon and Viking England. The men are wearing chain mail and carrying swords and spears; the women are in hand stitched dresses and white bonnets- this is was it felt like when I entered The Oxford Battle Re-enactment Society, which really is an example of living history.

The society prides itself on having historically accurate costumes. Every Thursday it has a kit-making session where members hand-stitch garments and produce their chain mail. They use historical manuscripts to learn about the period and this Easter even experienced life in a Viking village. 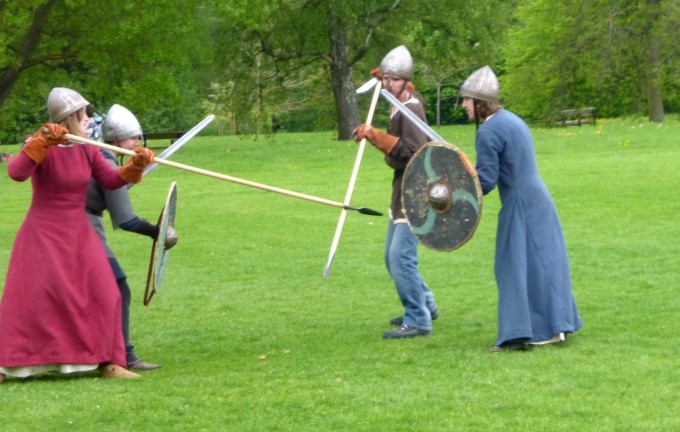 The group meets every Sunday outside LMH for battle practice. They are hard to miss, standing in the car park surrounded by shields, swords and spears. The practice took place on their very own battle ground (Uni Parks) and once they had thoroughly cleaned their swords, the battle commenced.

I was too inexperienced to use a real sword and fight in the battle, so instead I was taught with a safer piece of wood.

I spent about an hour repeatedly hitting my partner who I feared was going to wake up the following day with multiple bruises. That was, however, before he began to defend himself; after that I had no chance and spent the rest of the session repeatedly bashing the air with my piece of wood – much to the amusement of several bemused onlookers. 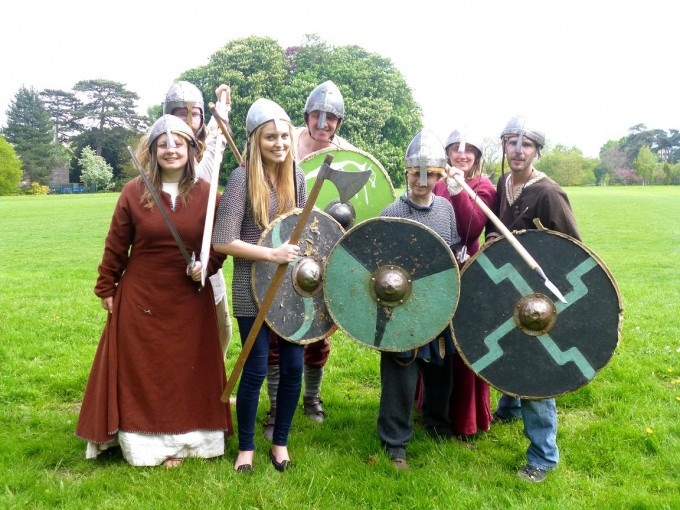 Next came spear training. This time I was allowed a real spear (though with a blunt tip, of course). Surprisingly, I found this a thorough work-out, though my comrades were clearly well-practiced and had no issue running around with an 8-ft spear, attempting to attack their opponents.

The group are clearly passionate about their society, so passionate, in fact, that the president wears her chain mail 24/7, even to lectures and tutorials!

They perform at various different events throughout the year, performing live battles and shield demonstrations. It was also apparent that they are a great group of friends who hold numerous socials every week, including pub trips and movie nights.

I’m not sure that I could cope with returning to the year 1,000 on a regular basis but this group clearly love it, so if you fancy living the Viking lifestyle contact [email protected].