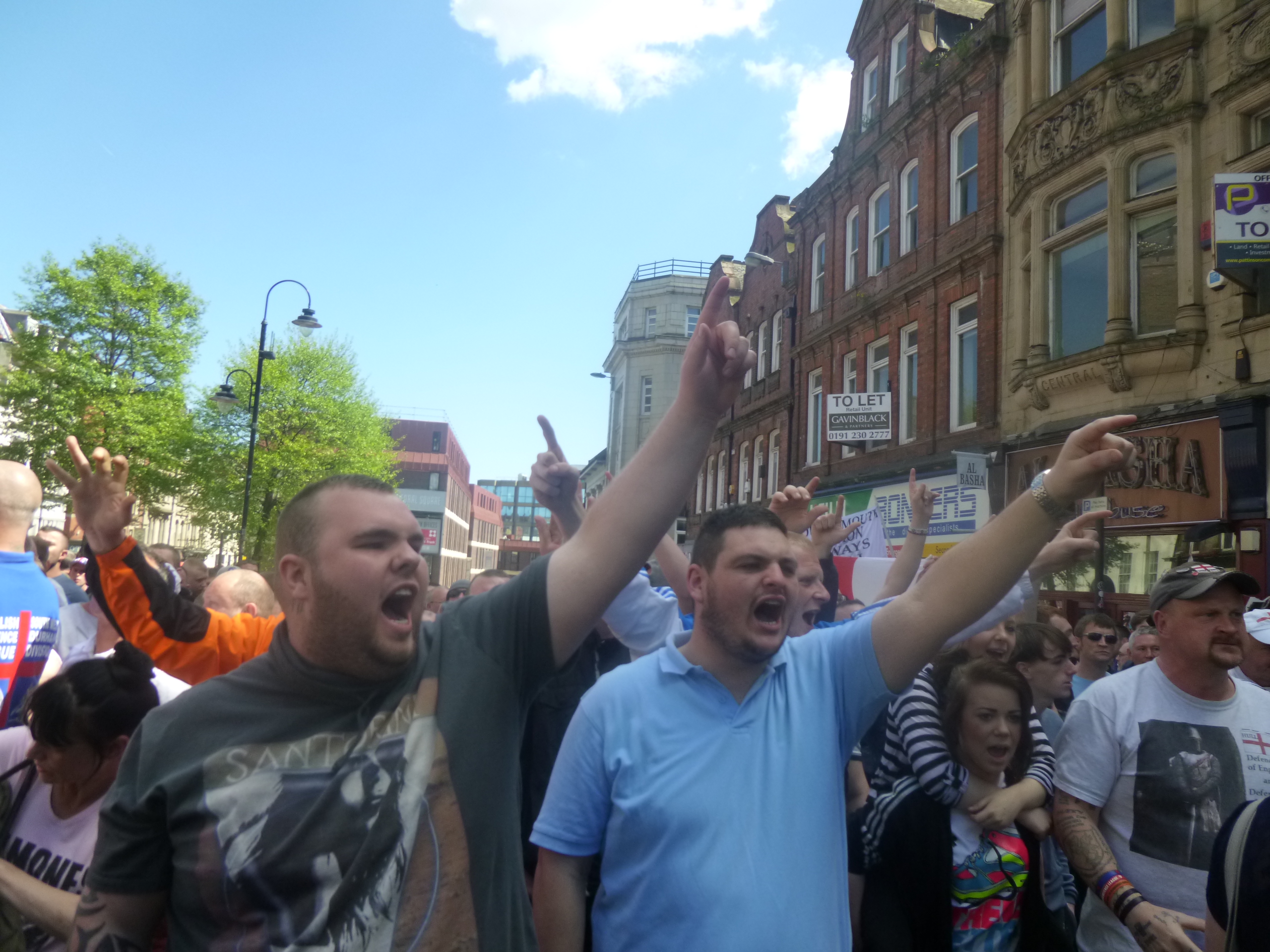 After the Woolwich murder, there was an escalated mood in Newcastle this weekend at the EDL march.

SCROLL DOWN FOR VIDEO:

Today The Tab attended the Newcastle EDL march, spoke to the people involved and had a terrible time.

The marchers arrived from 11am onwards and gathered at Gotham Town and Rafferty’s near Central Station. It transpired that a lot of them had heard of the Tab before “…they’re the ones that made us look bad in that shit video in Cambridge. Don’t speak to her.”

After some aimless wandering and plenty of interview rejections I was eventually adopted by a friendly bloke who assured me he wasn’t racist and tried to explain that many of the EDL members weren’t just racists, but people who were scared and wanting to do something about it.

I might have bought it if they didn’t spend so long chanting “Allah is a paedo” and screaming “SCUM SCUM SCUM OUT OUT OUT” at passers by who were a bit too ‘Muslim looking’ for their tastes.

As I now had a friend it seemed like a good idea to stick around and capture the mood of the day: 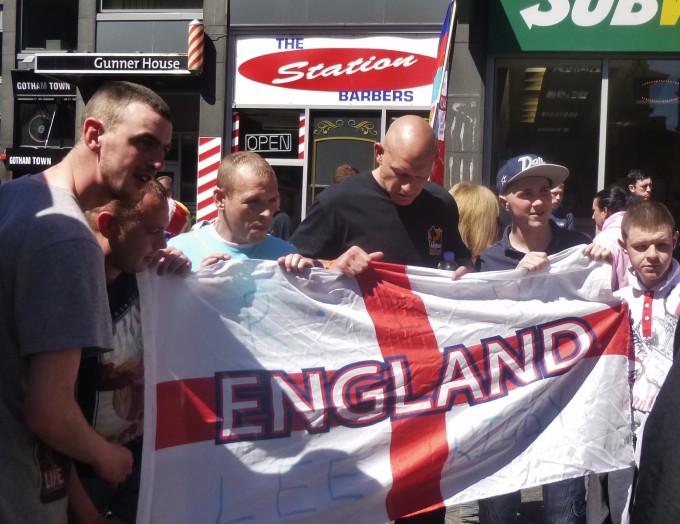 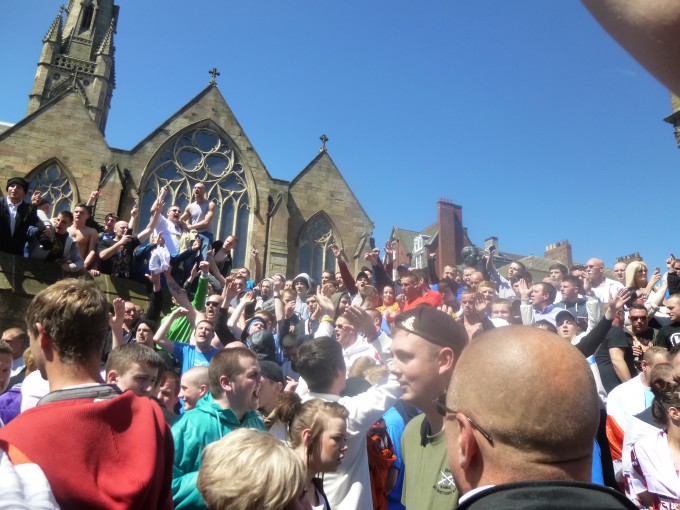 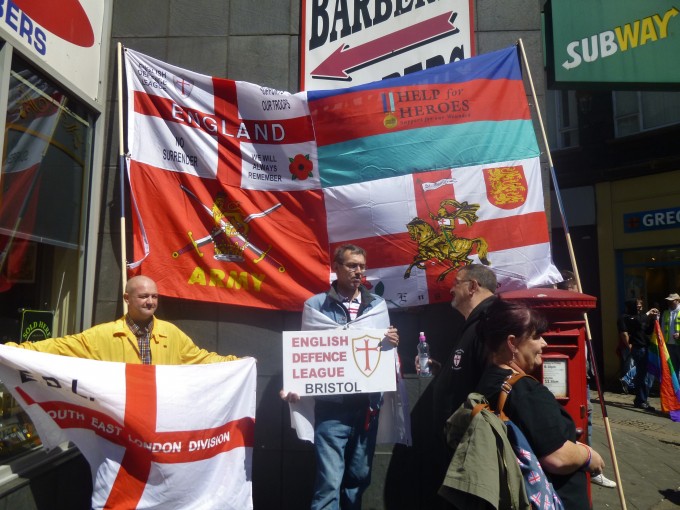 (Not very much) Fun with Flags. 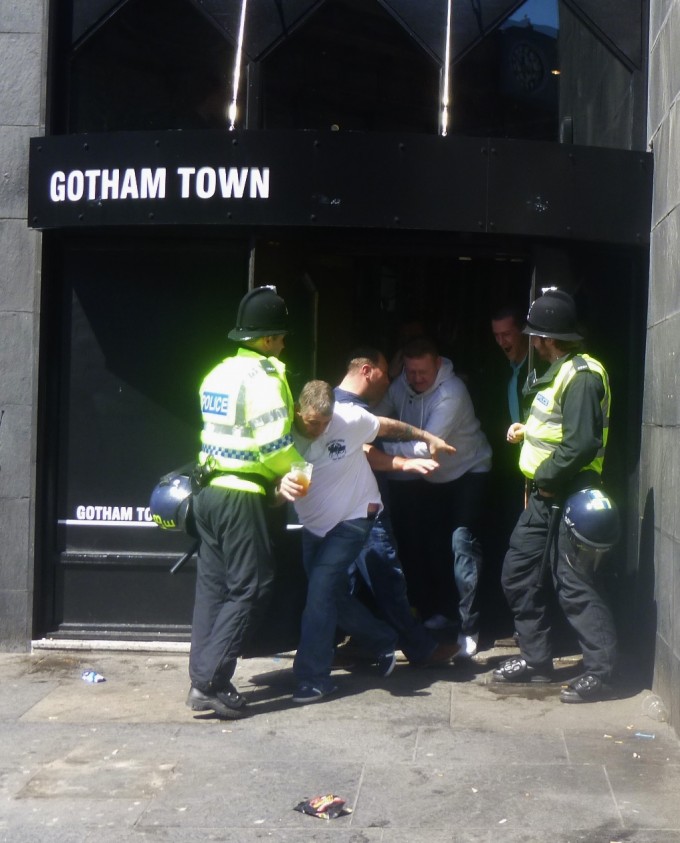 Marchers spilled onto the street. 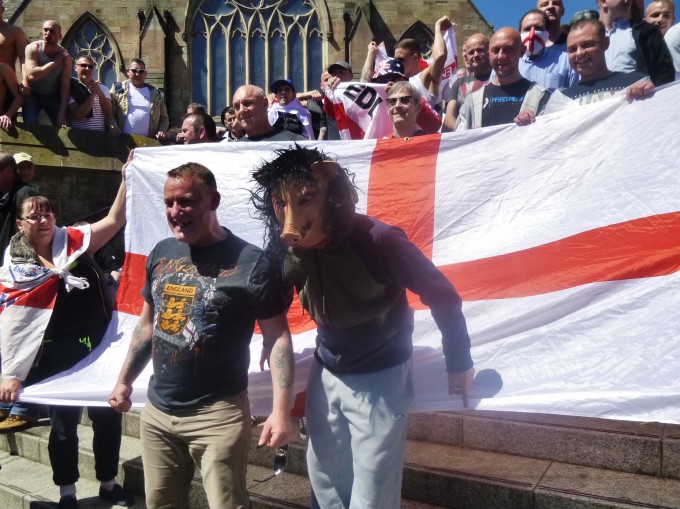 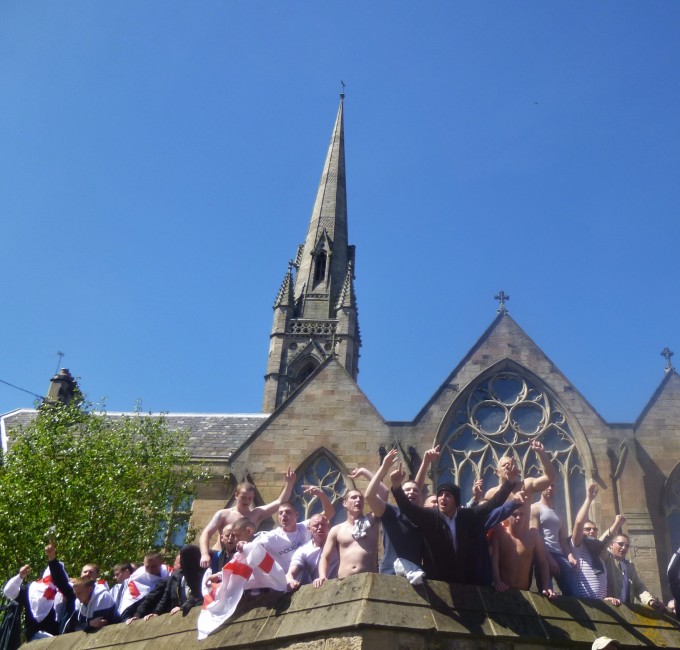 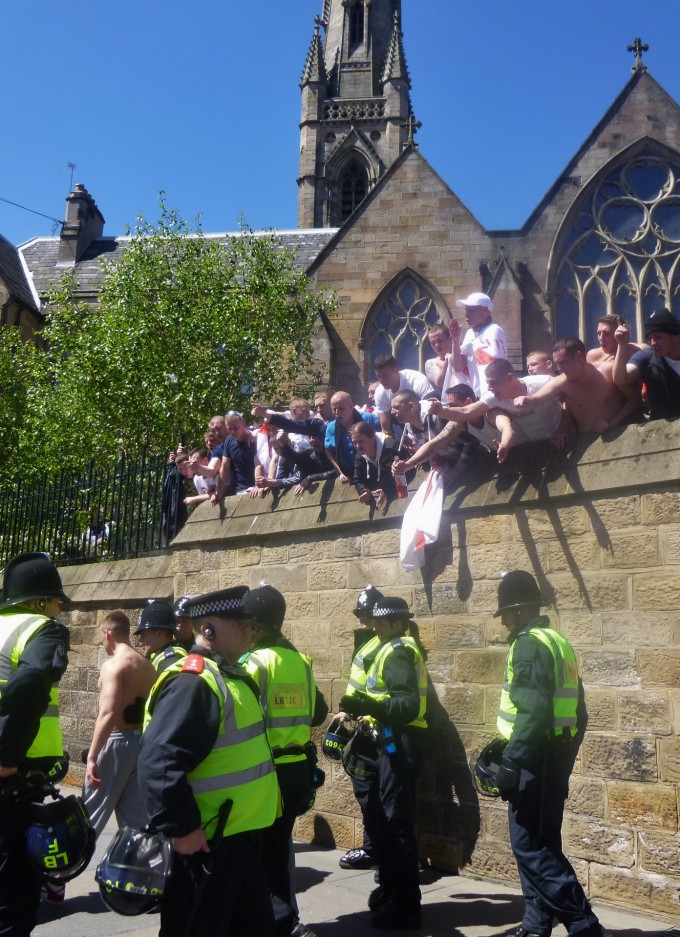 Marcher gets removed by the police. 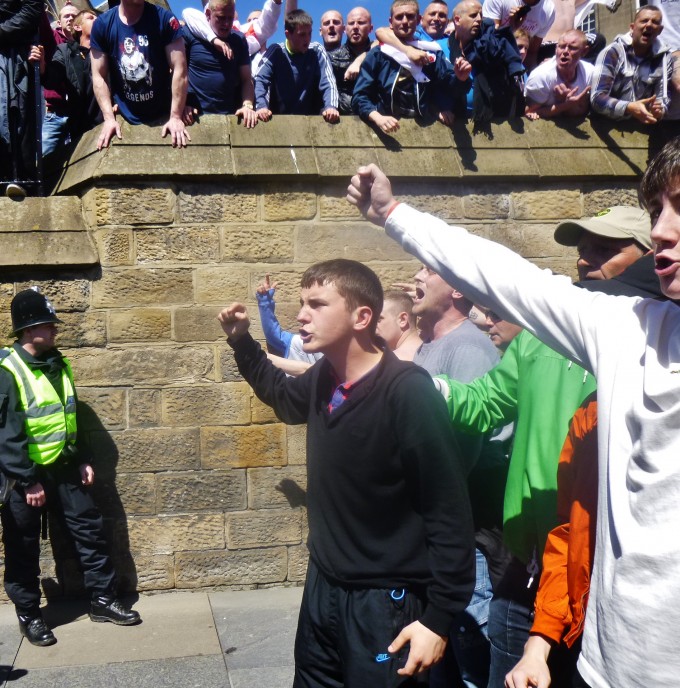 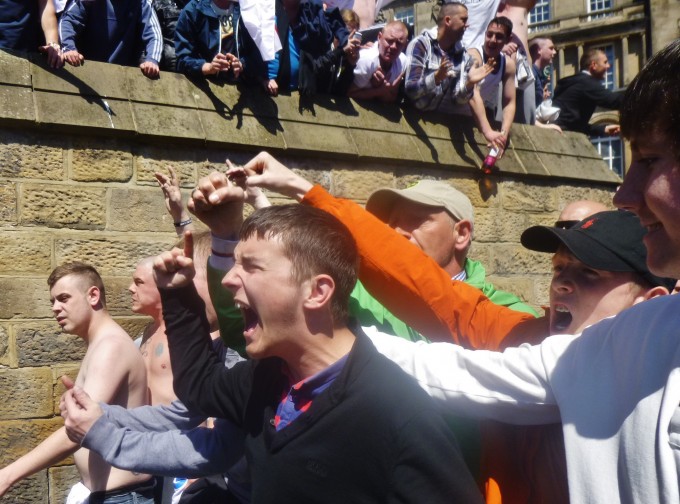 … and clash with organisers (who try and keep them away from the police….) 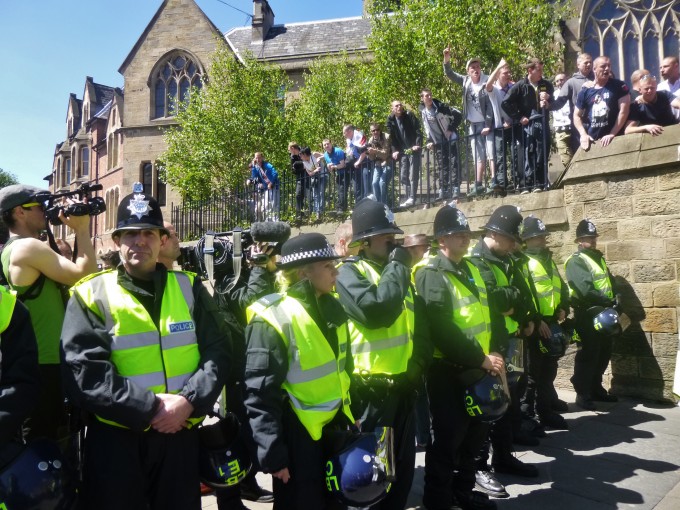 … who they probably wouldn’t have been able to take in a fight. 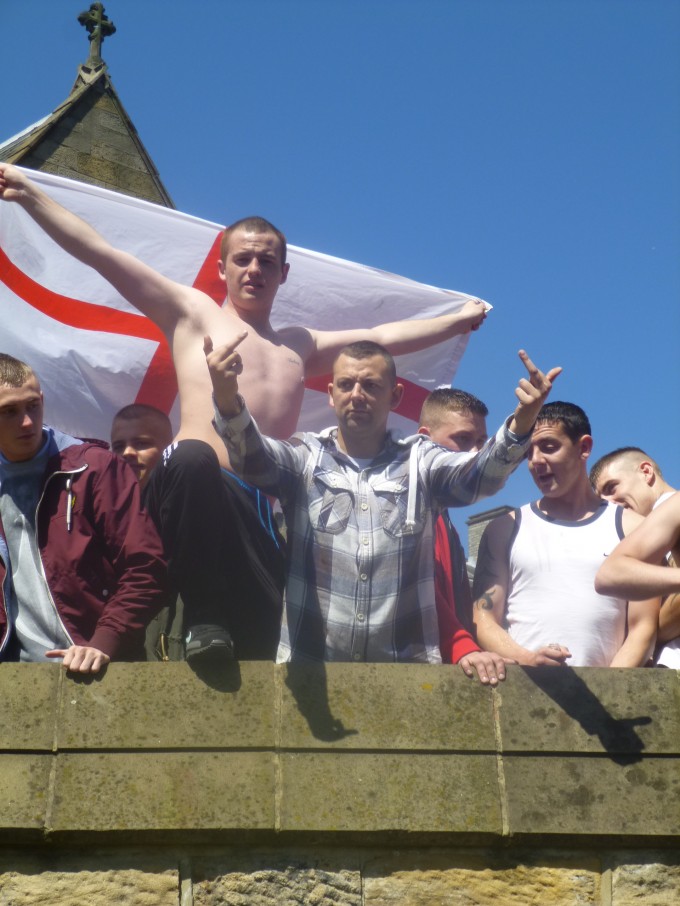 The same to you, Sir. 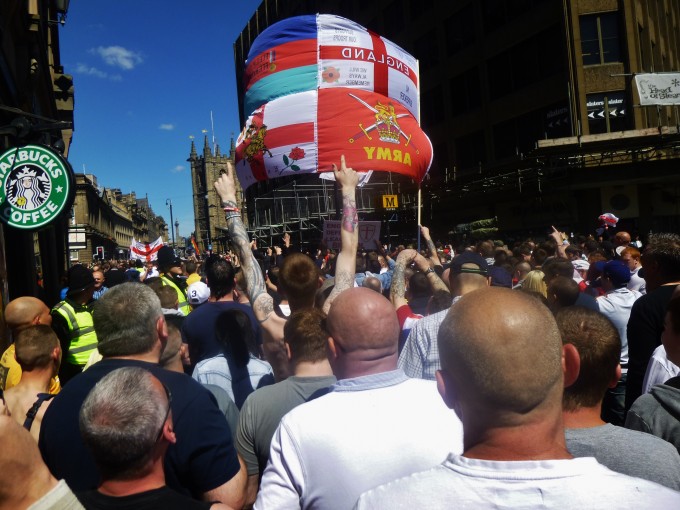 The march gets under way… 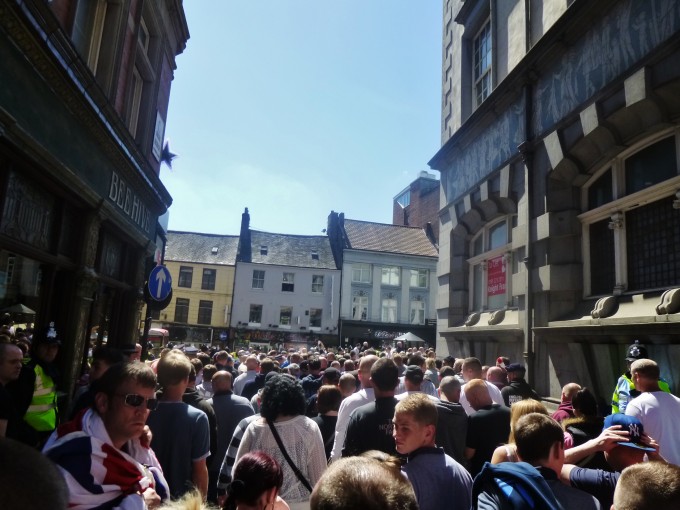 …and ends with a rally in Bigg Market. 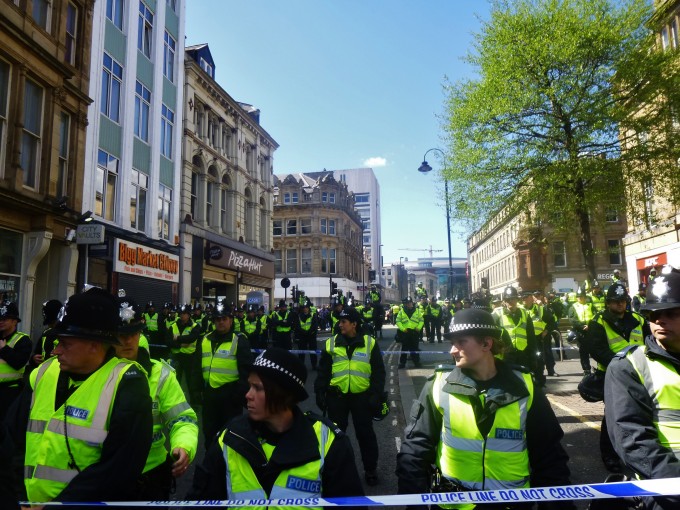 The police presence prevents clashes with the UAF. 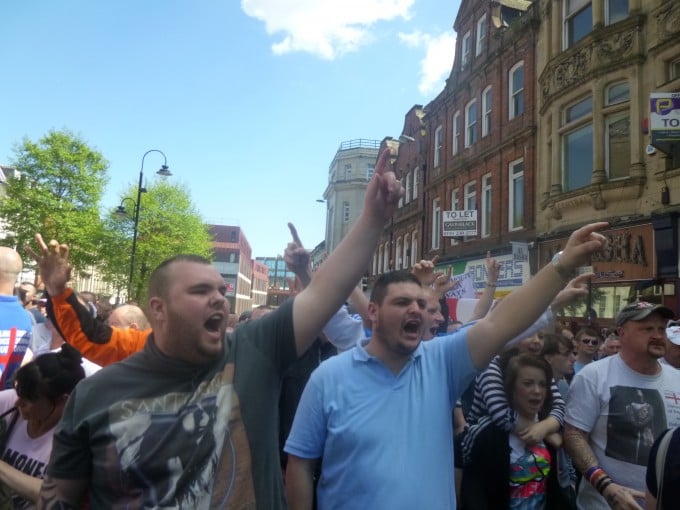 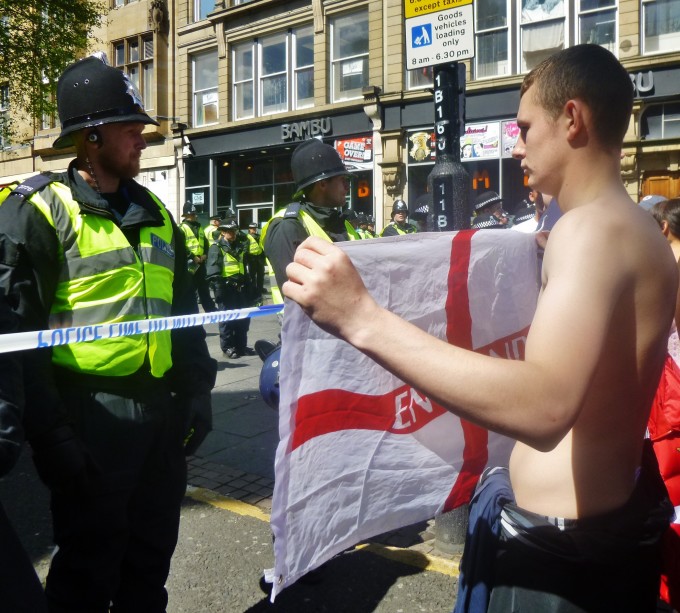 …and where they came from.

The police were amazing.

No one got into a fight.

They came, they protested, they left.