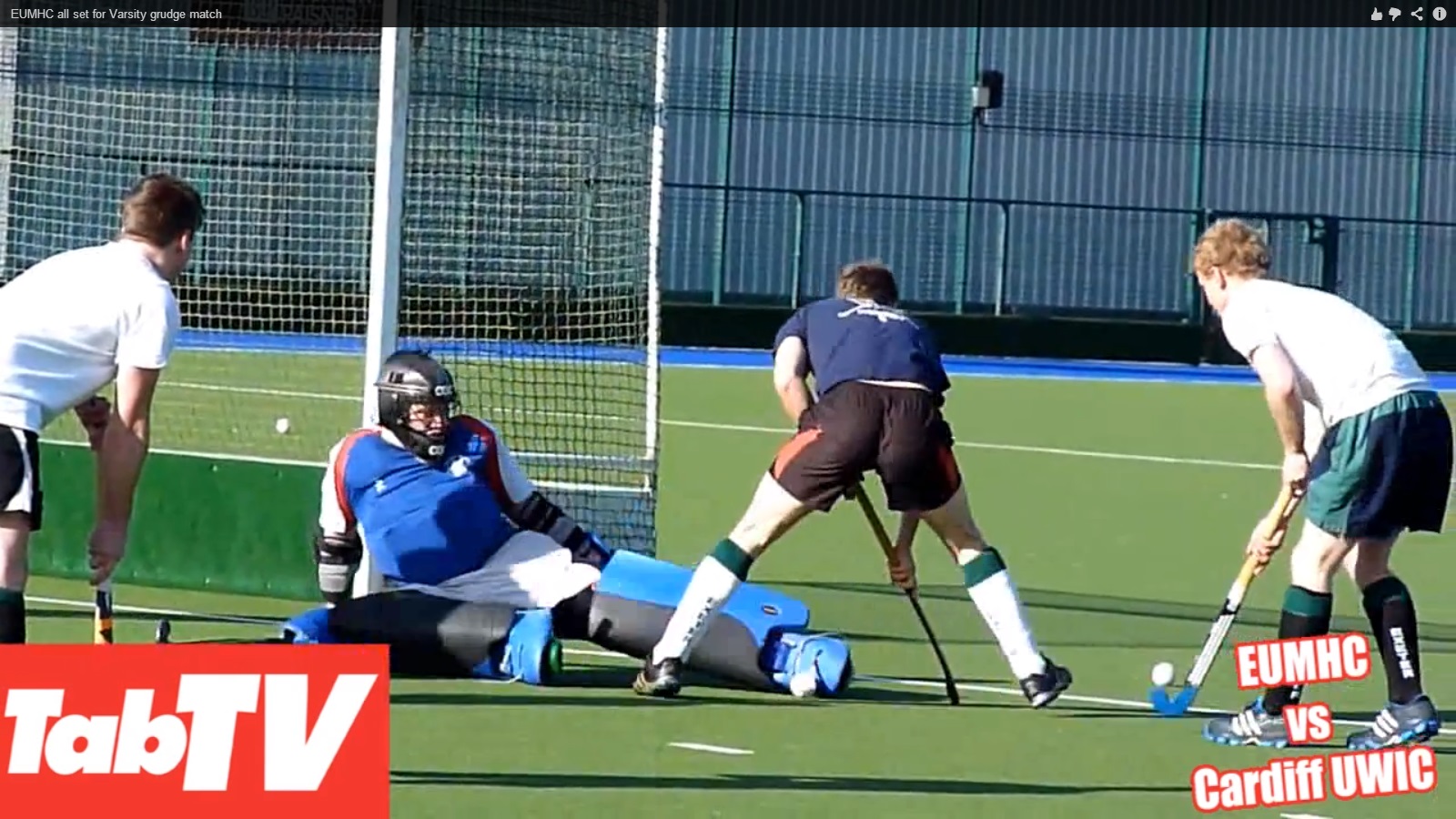 Adam Lax looks ahead to the final Varsity of the term, with a little help from TabTV.

At 2pm on Sunday March 24, Exeter’s Hockey Varsity will bring together over 700 local students and hockey supporters to watch the highest level of hockey played in the West of England. Exeter will take on Cardiff & UWIC, in support of The RNLI, Wheels4Life and the Unogwaja Challenge in a season defining clash. Just one point separates Exeter, Guildford and Cardiff at the top of National Conference West, and with the ‘Green Machine’ looking to regain their Premier League status from last year.