There was a huge anti-Trump protest in UT today

Following the live streaming Hillary Clinton’s concession speech, protestors swarmed the UT Tower. The protest lasted well over an hour, with students shouting, “not my President!” and “FUCK TRUMP!” Protestors of every ethnicity, sexuality, and religious belief standing together in solidarity was beautiful.

The students of UT were united in front of the Tower, our symbol of progress, equality, inclusion, hope, and future.  The UT Tower reads, “Ye Shall Know the Truth, and the Truth Shall Make You Free,” a stark contrast to Trump Tower. 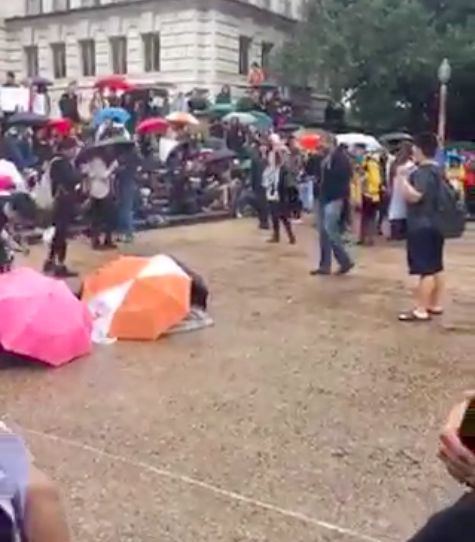 Students Ashley Bedford, a sophomore Business major, and Debleena Das, a pre-med Public Health major, attended the protest. Ashley told The Tab: “It was a call for unity with people that are from different races, backgrounds, different views, even.

“We call came together, and we were all like, wow, we cannot believe this happened. This is reality, and you have people randomly coming up and they’re like Trump supporters.

Chills, student of UT Austin coming together as one, standing up in peaceful protest against the election #NotmyPresident pic.twitter.com/xmkv1UFvAt

“They have their signs, and it’s just like, why? But they’re shut down immediately. I just don’t understand why you would vote for someone who’s not even the definition of a leader.

“For me, there’s no way to say what’s going to happen like even tomorrow, so I’m just staying, praying, and hoping for a better tomorrow.” 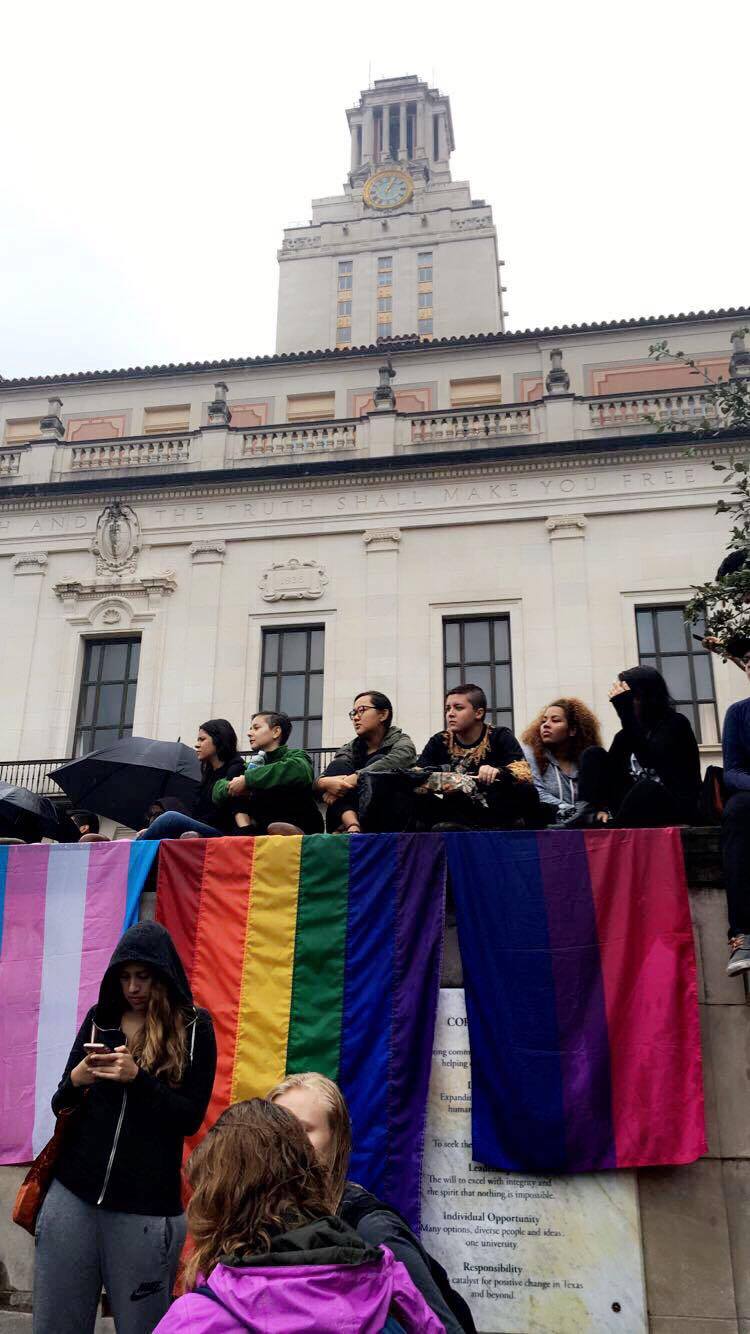 Debleena told us:  “I think [the] helped me realize that I’m not just the only one who’s feeling this way.

“I woke up this morning feeling like “Oh my god, this is a nightmare,” but it’s actually true.

“I thought that it was something that didn’t happen last night, and it’s like wow, all these people are not crazy. They’re not all Trump supporters. They side with me.

As the protest at the Tower concluded at around 1:45 p.m., with protestors leaving the Tower to march on campus and then head to the capitol, groups of elementary and middle school students from IDEA Public Schools toured the campus.

Last night’s election may not have turned out the way that we had hoped it would, but the events of last night are over: like it or not, Trump is the 45th President of the United States. https://twitter.com/WhatAlykhanSays/status/796416887622107136

Hundreds of people at an anti-Trump "rally" outside the UT Austin Tower. pic.twitter.com/nzEgM6bfe5

Way to go @UTAustin for standing up and saying something.