It’s your daily dose of happy

In a digitized world, support groups seem outdated — as does the stigma around mental illness. After failing to find a community for women struggling with mental disorders online, USC junior Daniella Mohazab created Happy Pill, a blog for women to submit their mental health-related stories.

Happy Pill launched on March 1, but Mohazab has been working on the site since February. The Communications major and Media, Economics, and Entrepreneurship minor finalized her plan after taking an entrepreneurship course that gave her an extra push to launch the site. Mohazab got the idea for Happy Pill after several of her friends were diagnosed with mental disorders.

“I noticed that when people in their 20s are diagnosed with a mental illness, young women try to find a community online,” Mohazab said. “Our generation is focused online. Girls our age don’t want to go to a face-to-face group, but we’re always on our phones.”

Even if women would rather attend support groups, students often balance school work, internships, and friends, which makes it difficult to find time for therapy. 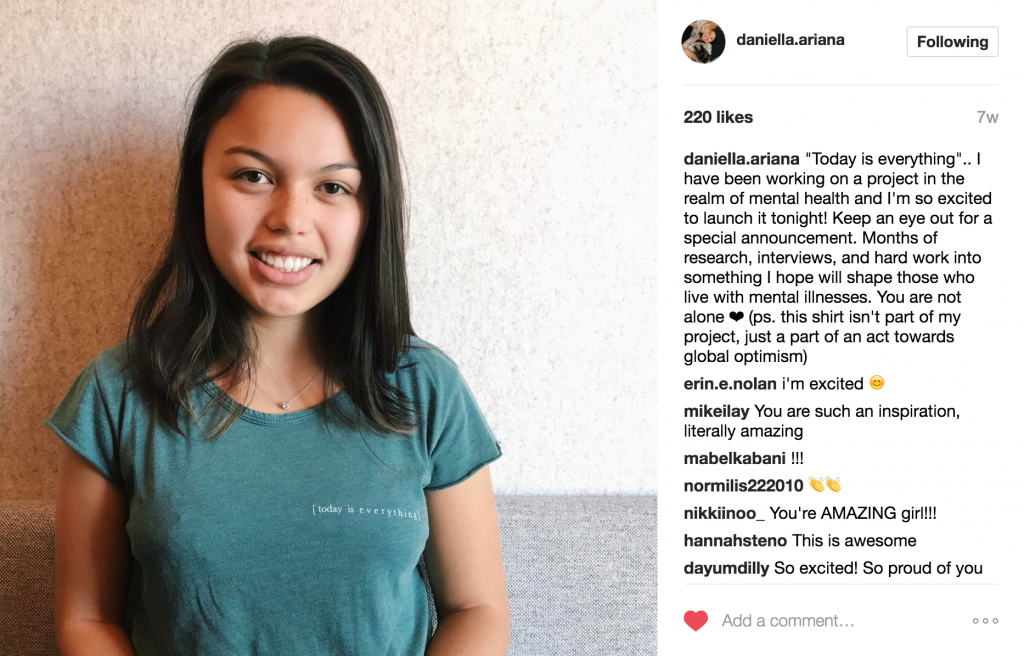 “Having a mental illness, which they say is like having a full-time job, on top of school and extracurriculars is exhausting,” Mohazab said. “It’s hard enough to find time for a one hour therapy appointment, if you can even do that.”

After working with Engemann Health Center psychologists, Mohazab found that young women are most receptive to digital content. The blog format of the site allows women to candidly speak about their experiences with mental health. Although she originally thought most women would want to post anonymously, Mohazab has had several requests for stories to be published with names included. 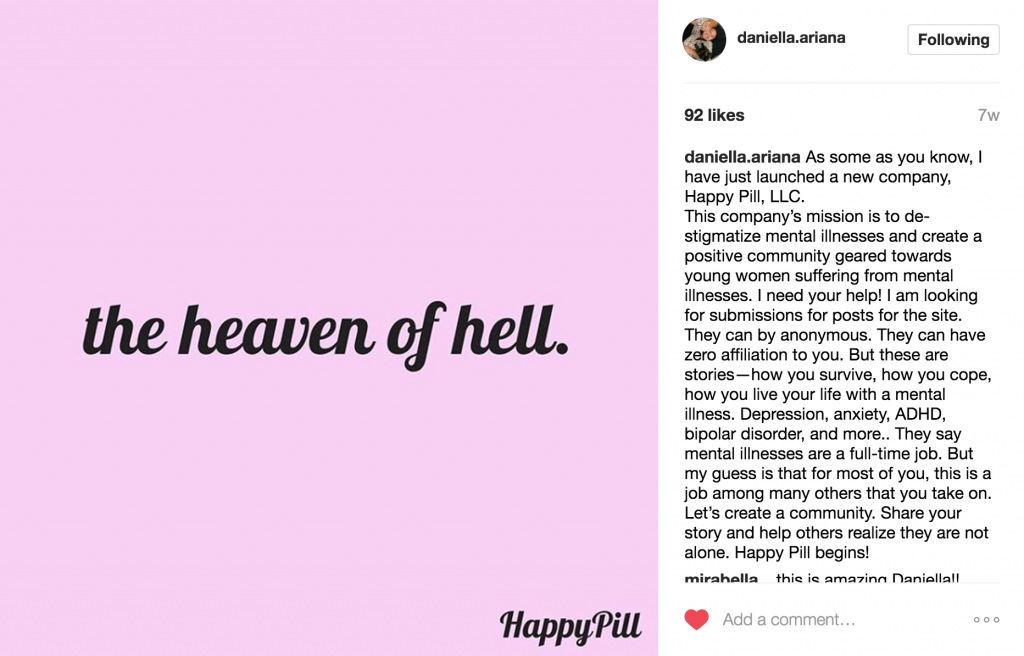 She credits the company’s overwhelmingly positive feedback to her dedicated team and to her support system. Currently, Happy Pill has five staff writers, two marketers, one recruiter, and Mohazab, who is the founder and the CEO. The site also has volunteer brand ambassadors at several universities including UCSB, Colgate University, and USC. Mohazab hopes her online community expands nationally and helps women better understand their mental illnesses.

“I always found it funny how people call anti-depressants their happy medicine, because it doesn’t really make you overly happy, it just regulates the serotonin levels.

Hard to find my phone under my pill bottles but gotta do what I gotta do ?

“So sometimes people with depression don’t even realize what happiness feels like,” Mohazab said. “Happy Pill is like your daily dose of happiness, and a way to soothe your mental illness without actually taking any medication.”

Featured photo thanks to Daria Mohazab