They want to kick Wendy’s off campus

Students, workers and other protesters gathered outside the entrance to Wendy’s in the student union around noon today after marching through campus. They are part of a national boycott of Wendy’s through the Return to Human Rights Tour, started by the Coalition of Immokalee Workers (CIW). The CIW is protesting to bring to light opinions of how Wendy’s treats their workers.

According to the flyer handed out by the group, the CIW’s Fair Food Program “has eliminated modern-day slavery and sexual violence, improved farmworker wages and guaranteed basic protections for tens of thousands of workers.” 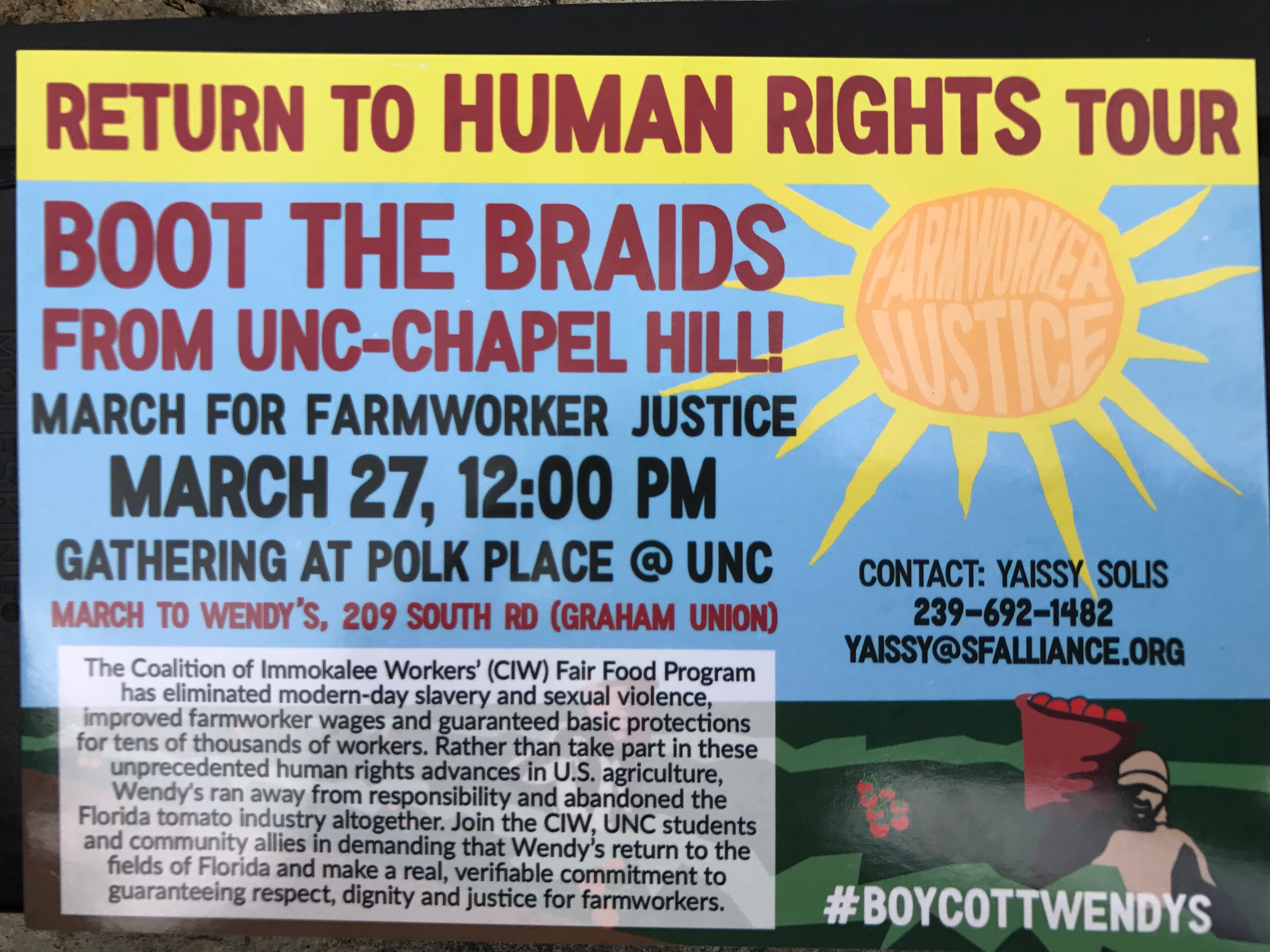 A UNC first-year student and organizer for the Boot the Braids March for Farmworker Justice, Mia Shang explained the protest is meant to “pressure Wendy’s to agree to the Fair Food Program and treat their farm workers with the respect they deserve.” 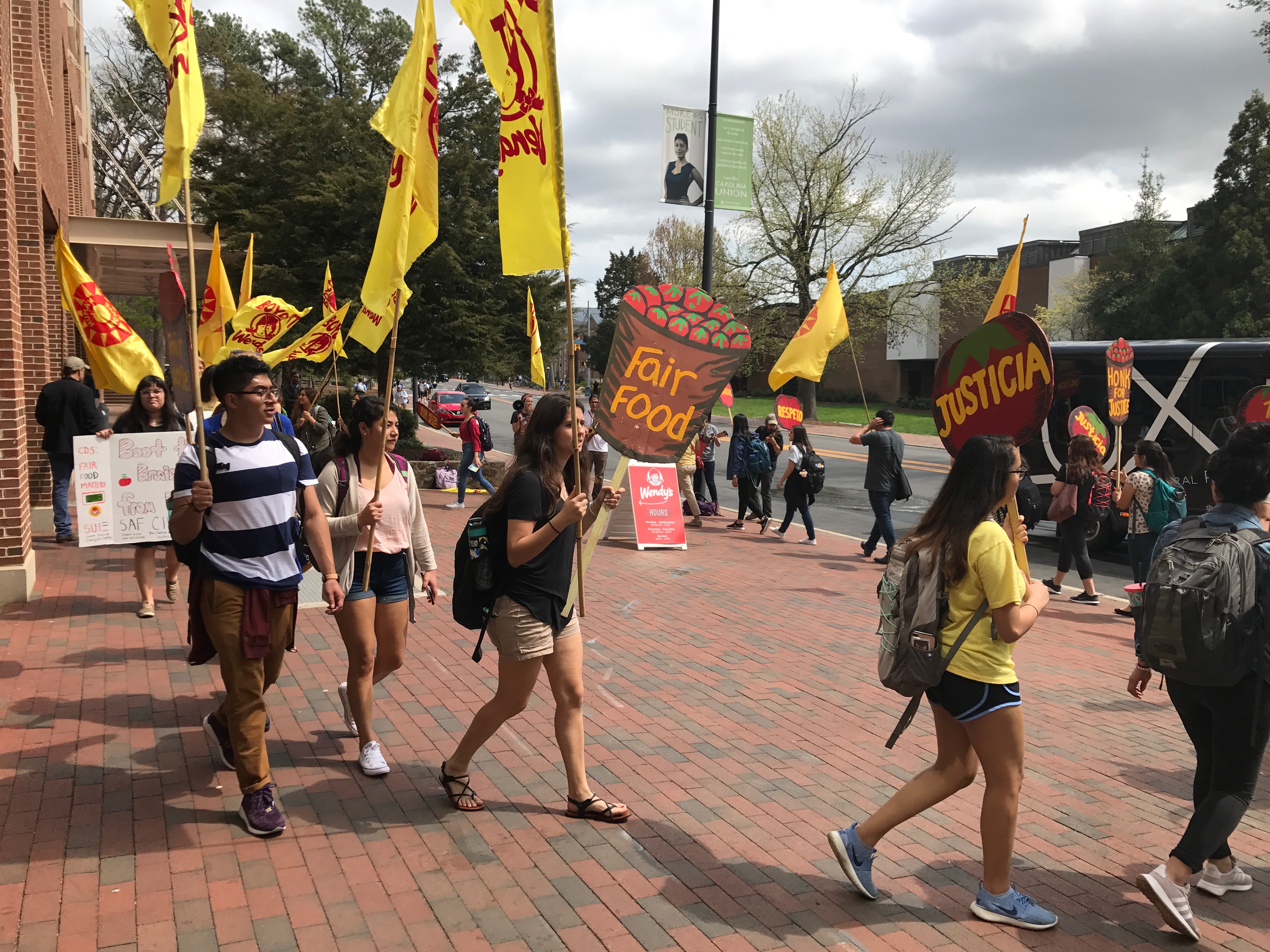 When asked about UNC’s role in their boycott, she noted, “UNC can play a major role in bringing this issue to the spotlight by kicking Wendy’s off campus so that the national chain feels pressure to actually change their ways…we’re going to have some of our leaders deliver letters to the managers.” 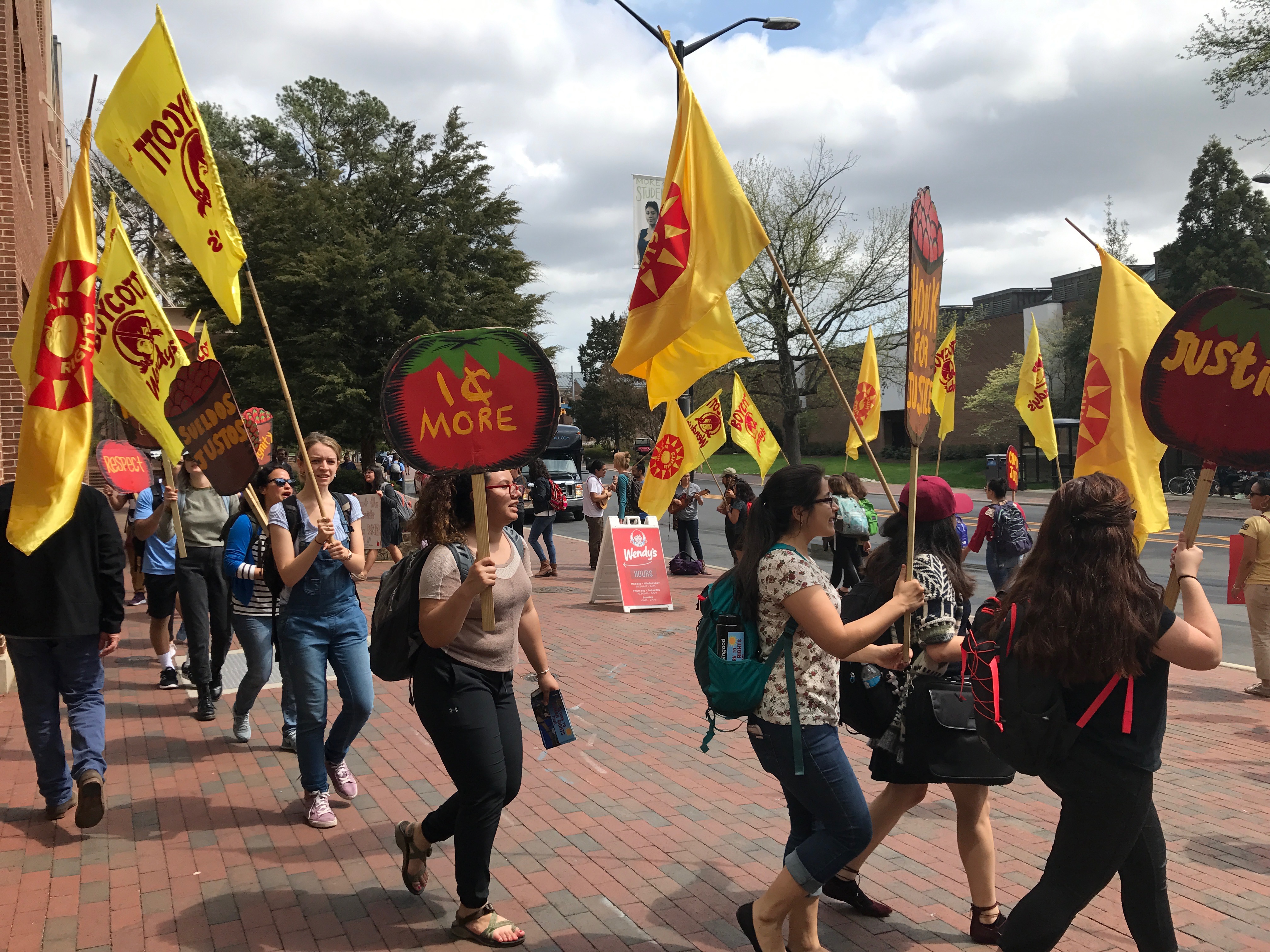 The goal of the protest is for all fast food restaurants and supermarkets to join the Fair Food Program, according to Shang.

“Wendy’s is one of the top five fast food restaurant chains and the only one that has not agreed to the Fair Food Program…Wendy’s continues to hold out and because of the pressure put on them, they have stopped buying tomatoes from Florida altogether and gone to Mexico instead.”

The Return to Human Rights Tour will continue as the CIW boycotts Wendy’s restaurants nationwide.