The accusations came after they refused service to a black man.

On Friday, February 23 Derrick Oulai and his friends went into IV Deli Mart to get something to eat, but instead Derrick was refused service.

In Derrick's original post, he described how he is a loyal customer to IV Deli Mart, however the owner confused him for another black man and denied him service. Allegedly, when Derrick asked the owner why he would not serve him, the owner replied that, "there is no reason" and asked Derrick to leave the store.

Derrick concluded the post saying that, "I felt disrespected, and if it's not racist I don't know what it is." 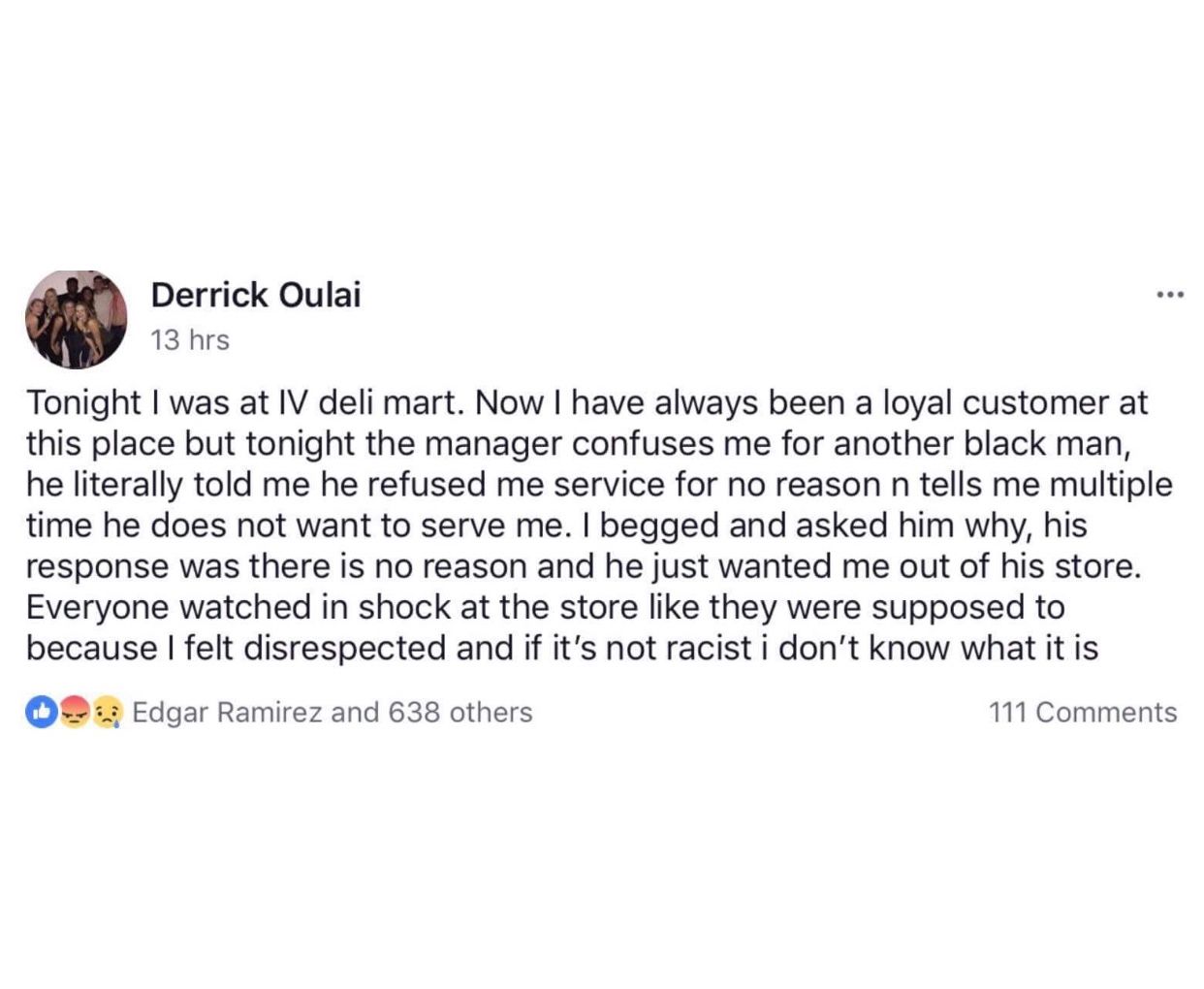 However, the owner of IV Deli Mart is denying any racist motives behind the incident. "We are in no way racist," he said. "We welcome every race, nationality, and religion into our business and are people of color ourselves."

The owner ackowledged that Derrick and his friends were loyal customers, and claimed that he had even given them free sandwiches before. However, in the past few weeks they had begun to have issues with the group that made the owner feel uncomfortable with them being in his store. He asked Derrick to leave to avoid any future incidents.

There were other individuals who claimed to witness the event who posted in the Free of for Sale (UCSB) Facebook page expressing their concerns.

"I will never go to IV Deli again after what I witnessed tonight," Bond Ruben said in his Facebook post. "They are racist plain and simple." 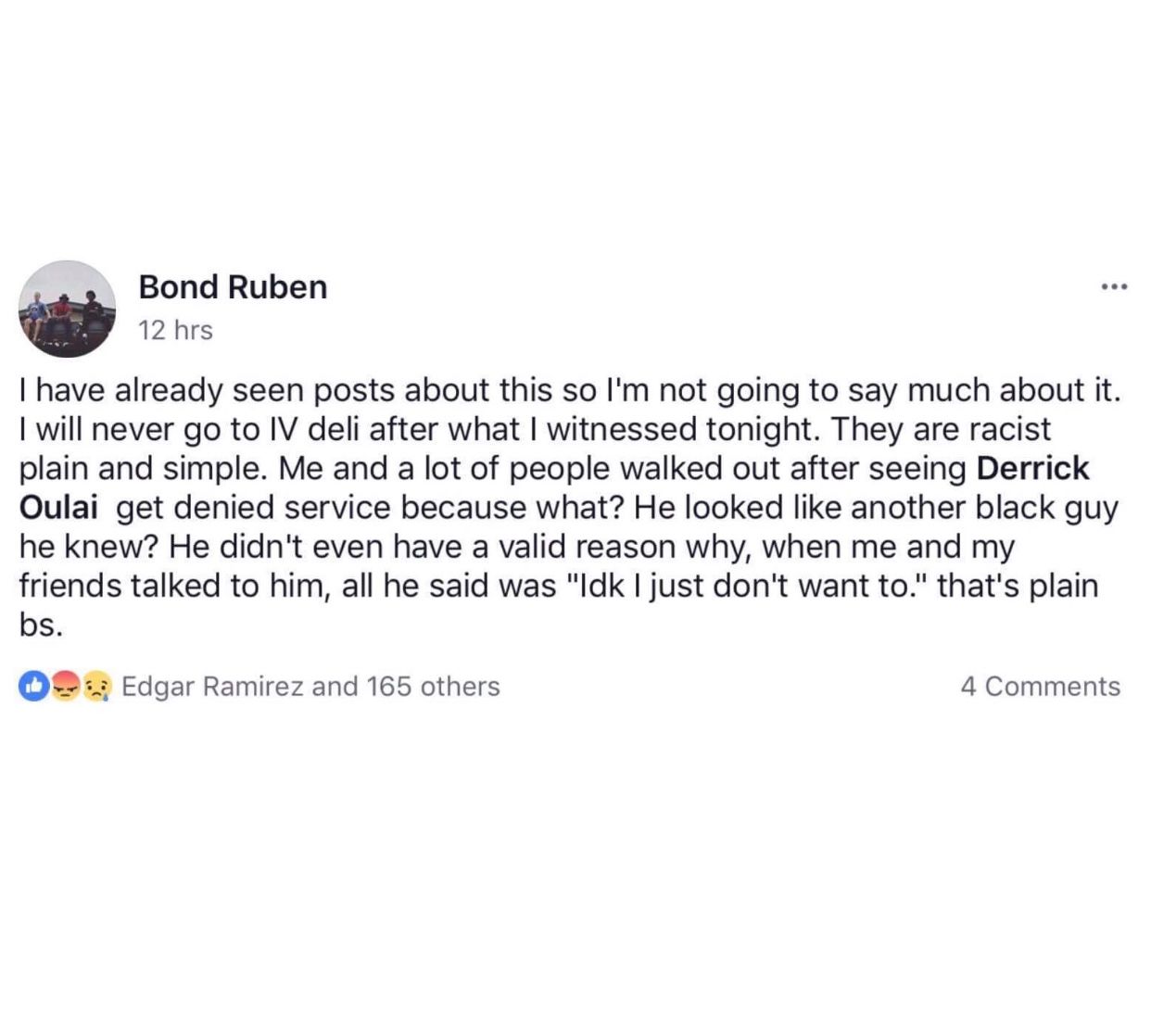 Tanya Reyes, an employee of IV Deli Mart who witnessed the alleged incident, also commented on the post. "I'm so sorry this happened and I can't even explain how horrible it was to watch," she said. "I'm a cashier at IV Deli and I've noticed that he only targets people of color and accuses them of stealing." 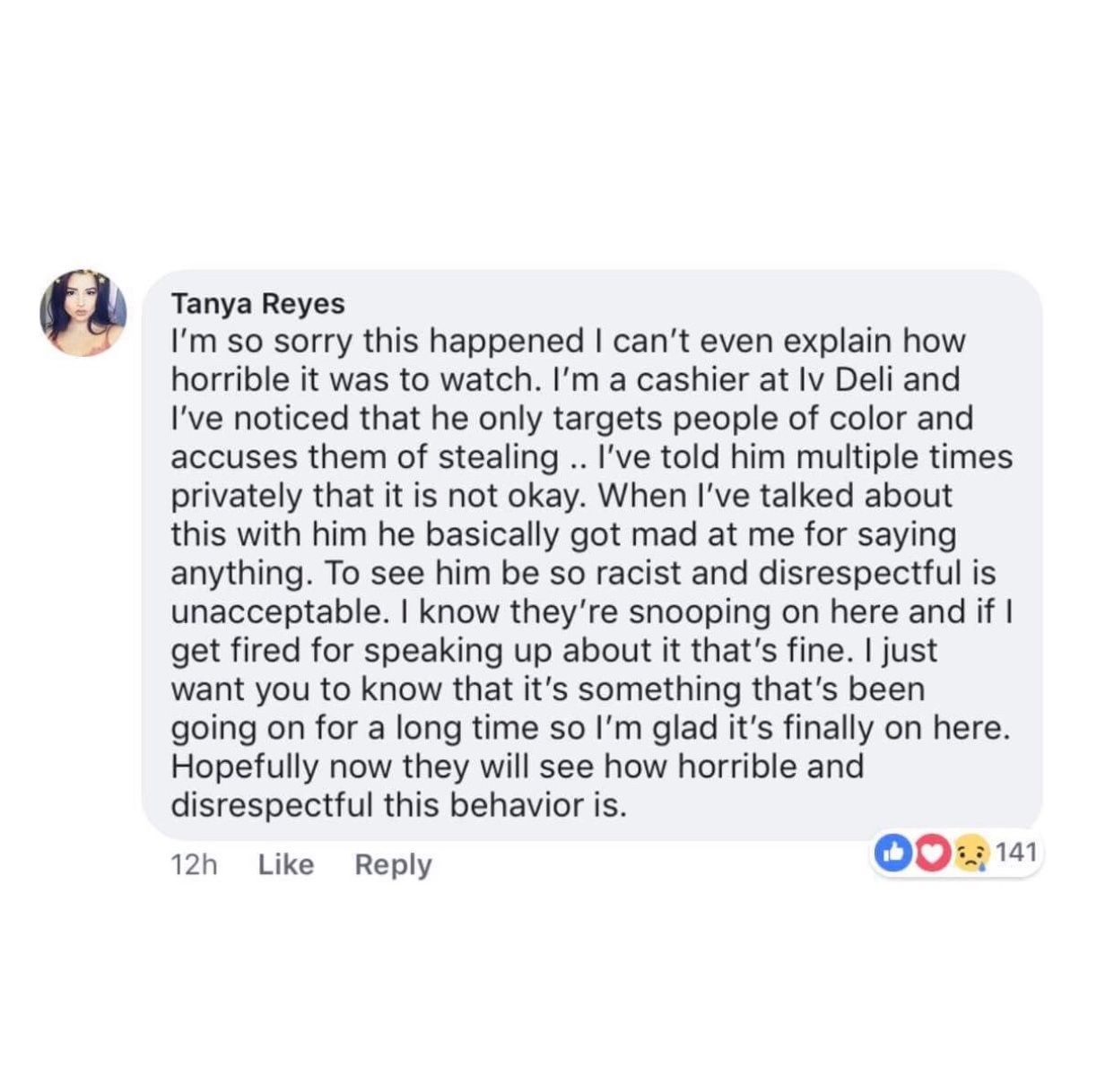 Tanya Reyes, an employee of IV Deli Mart, claims that the owner has a history of racism. The owner denied these allegations.

However, the owner of IV Deli Mart stated that the reason "some of the girls" were unhappy was because he would not let them use their phones during work, because people were stealing things while the employees were not paying attention. "I do not let her use her phone for text messages while people are waiting in line," he said. "People have come in and opened food and started eating it, opened water bottles and started drinking it, and then walked out of the store without paying and the girls did not see because they were on their phones."

The owner of IV Deli Mart stressed that this was not a racist incident and that IV Deli Mart "serves and hires all individuals."