If you're anything like me, a college student who eats a bowl of Frosted Flakes for dinner, you took one look at any article detailing the implications of President Trump's tax plan and were instantly confused.

Even the "simple breakdowns" went straight over my head. Furthermore, the authors of said articles don't really detail how the proposed tax plan will impact me, a college student, someone in the limbo of "dependent" and "adult."

But, never fear! I did all the necessary research to figure out how President Trump's tax plan will affect you, much to the dismay of my math weary brain. Here's what you need to know:

In the most basic sense, President Trump's proposed tax plan is an example of trickle down economics, which is essentially the idea that wealth flows from the top of the economic pyramid downwards. The idea is that if wealthy individuals and businesses are taxed less, they'll have more money to spend, thus stimulating the economy at many levels. However, the effectiveness of trickle down economics is debated.

In the details, President Trump's proposed tax plan would reduce the existing tax brackets from seven to three. These incomes associated with the brackets have not been determined, however we can assume it will be similar to what was proposed in his 2016 election campaign. It also eliminates multiple taxes and deductions, including itemized deductions, the deductions on state and local taxes, the Alternative Minimum Tax, and part of the inheritance tax. For more information on those, check this out. 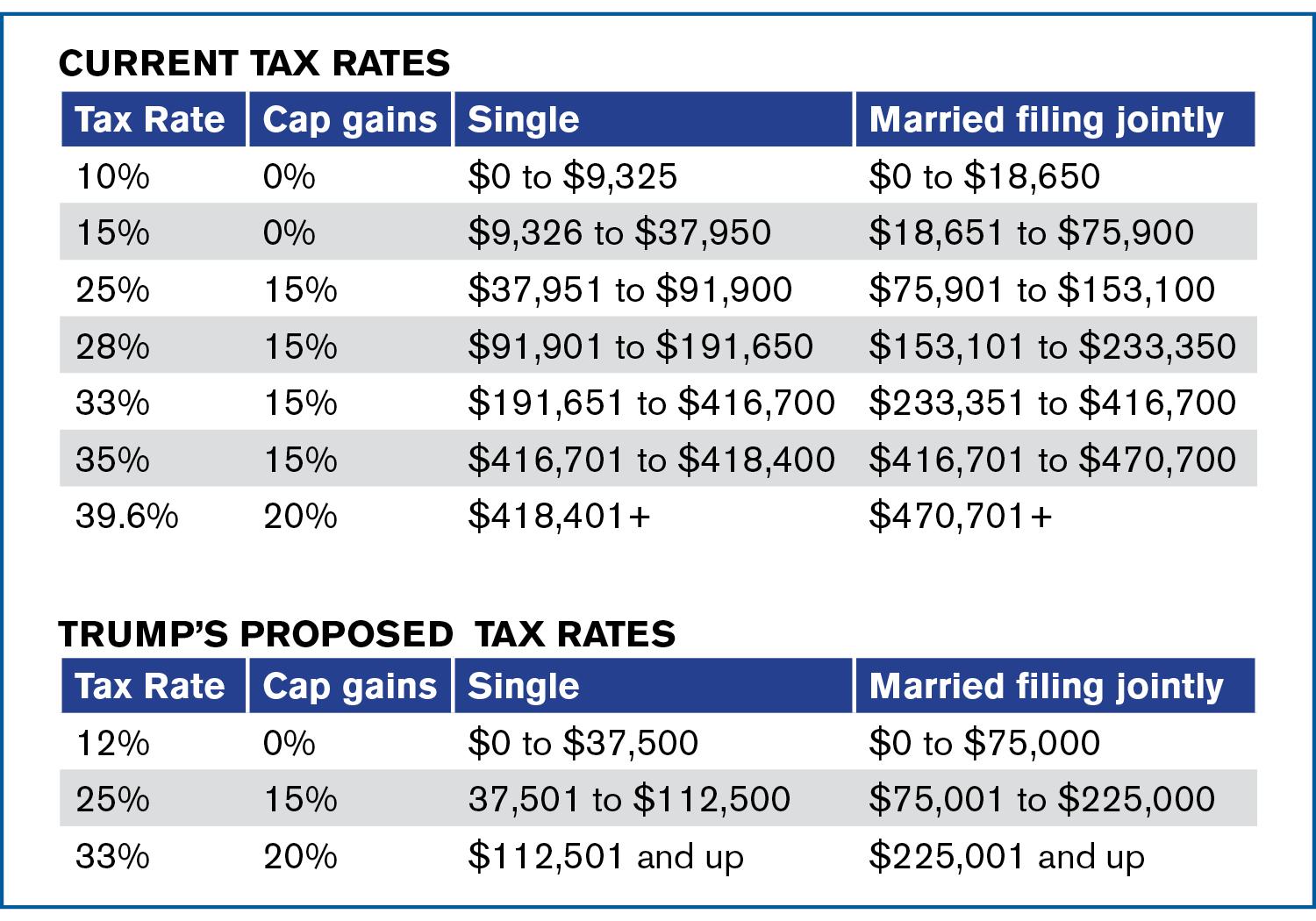 The proposed plan will have less of an affect on middle and lower class families (aka you) compared to big businesses than originally assumed. According to UC Santa Barbara professor Benjamin Cohen, "a college student should understand that the bulk of the proposed tax plan will affect businesses and high-income individuals, not low-income individuals like themselves." How does it affect big businesses? It allows them to keep more of their money with the idea of stimulating the economy by more investments and an increase in hiring, as suggested by trickle down economics. At this point in time, it will have no severe negative impacts on college students.

College students might actually benefit from the proposed tax plan. Professor John Wooley continued with, "The main benefit at the lower end of the income distribution (where most students are located) will result from the doubling of the standard deduction. But some of that will be offset by a rise of the lowest tax bracket from 10 percent to 12 percent."

However, if there is an impact, dependents will probably be impacted more. According to UC Santa Barbara Professor John Wooley, "the biggest issues are not direct for our students but indirect through impacts the changes may have on their parents' tax burdens and on the fiscal position of the state of California." In other words, if you're still considered a dependent, President Trump's proposed tax plan will affect you more because of the way it affects your parents. The extent of the influence depends on the ironing out of the final tax plans. Furthermore, your parents will probably be affect more if you live in a high tax state, such as California or New York.

Although we may not benefit in the long run. According to MIT Professor Jon Gruber, "the main impact will be the likely large increase in the deficit, which will burden young people with high interest payments/taxes in the future." This is because unless the administration finds a way to create a balance, the proposed plan could add approximately $7 trillion to the deficit within the next ten years, which will at some point have to be paid for (reminder that it is at $20 trillion and counting).

When reviewing and decoding the tax plan information, we must keep in mind that the tax plan has not been approved by Congress and can therefore still be revised. At this point in time it is still flexible and can be changed. If you would like to have an impact on politics, your best option is to write or call your local congress member, whose information can be found here.

For more helpful and reliable information on how the proposed tax plan will affect Americans, there are helpful sites located, here, here, and if you are really dedicated, here.