Stanford’s drinking clampdown blames rape victims rather than helping them

My first week at Stanford culminated with a frat party, Eurotrash. I recall students in the dorm being very excited, we had all successfully completed our first week of college and were ready to have a good time. Everyone left the dorm together, and walked into a far too crowded party, but were having fun nonetheless.

But somewhere over the course of the evening, I noticed a friend who had too much to drink. This friend struggled to stand straight and get home safely, and after realizing this, I decided to call the on-call number provided by our dorm staff. Our RA’s were nothing but helpful with getting us home and taking care of my friend. While this friend acknowledged his mistake, the most important part was that he was safe.

In light of Stanford’s recent change in alcohol policy, I fear that incoming students will not have this feeling of safety. Through my freshman year, I felt like I could turn to staff when I, or someone I knew, was in trouble. And that was important in fostering a trusting community. I fear that students will no longer have this trust with those who are staffed to help when something is wrong. But most of all, I fear the message that such a policy sends to students: that if you are attacked while intoxicated, you are to blame. 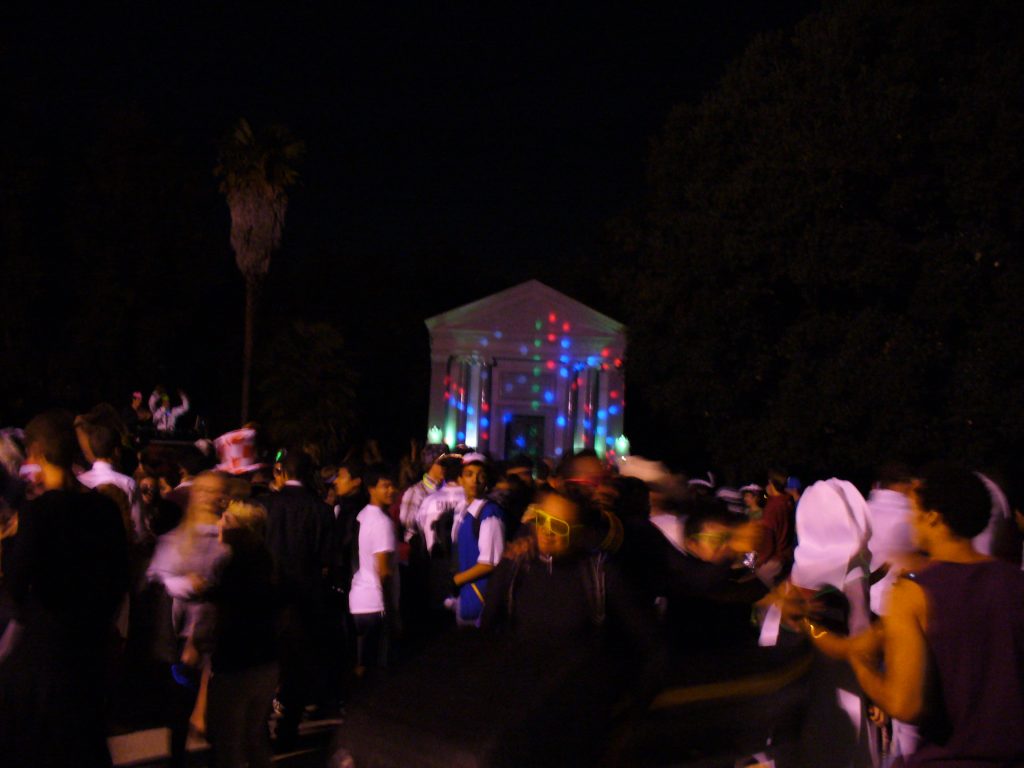 These changes bring into question the reasons behind such a policy, and more generally, drinking culture at Stanford.

Many students agree that under this new policy, students won’t necessarily stop drinking. The door will only be closed when they do, and the dangers of alcohol consumption will be even greater.

As a Stanford student, it is hard to look at this change as an isolated issue. Stanford has been in the spotlight often, most recently with the Brock Turner case. While it faced criticism for its response to sexual assault incidences, the case shifted to focus on the role alcohol played. And perhaps that is the most problematic outcome of this entire issue.

Shortly after the policy change was announced, Stanford’s Office of Alcohol Policy and Education published a page titled Female Bodies and Alcohol. On this page facts about women and alcohol consumption were cited. The page originally had a section about sex and alcohol consumption, but was later removed. In this section officials stated that women who are seen drinking are perceived to be more sexually available than they actually may be. It goes on to say “that men who think they have been drinking alcohol—even when they have only consumed a placebo—feel sexually aroused and are more responsive to erotic stimuli, including rape scenarios.”

The page, later completely removed by Stanford officials, sadly illustrates Stanford’s opinion that rape and sexual assaults on campus are a result of drinking culture. It reiterates the horrors of victim-blaming we saw with Turner’s defense.

The fact of the matter is, trying to prevent sexual assault with changes in alcohol policy is like solving a problem that it is only marginally related. It moves us away from the real issue at hand. Yes, alcohol can be dangerous, and yes it is harder to stay safe while intoxicated. But the decision to sexually assault someone stems from a far deeper issue of sexual entitlement—and that entitlement has nothing to do with MY alcohol consumption.