It's 2018, and still, over 844 million people around the world don't have access to clean water. Two teams of Rutgers students set out to change that – and set a record in the process. This past weekend in Boston and Shanghai, China, we became the only school to have two first-place teams in the Hult Prize regional competition.

The Hult Prize at Rutgers held a pitch competition in December 2017 and the first-place winner, Sulis, continued to the Boston Regional competition that took place on March 9th to 10th. There, Sulis competed against 45 universities from around the world and won first place, beating teams from schools such as Yale University, Brown University, Harvard University and others. LivingWaters applied through the online application of the competition and made it to the Shanghai regional finals. There they beat out over 50 of the top Asian universities to advance to the summer accelerator.

The Hult Prize was founded by a then-student named Ahmad Ashkar at the Hult International Business School in 2009 under the idea that “solving the world’s most pressing challenges is not just the right thing to do, it is also good business.” According to their website, the Hult Prize is the world’s biggest engine for the launch of for-good, for-profit startups emerging from universities around the world. This year's challenge was to come up with an idea that would harness the power of energy to change the lives of 10 million people by 2025. 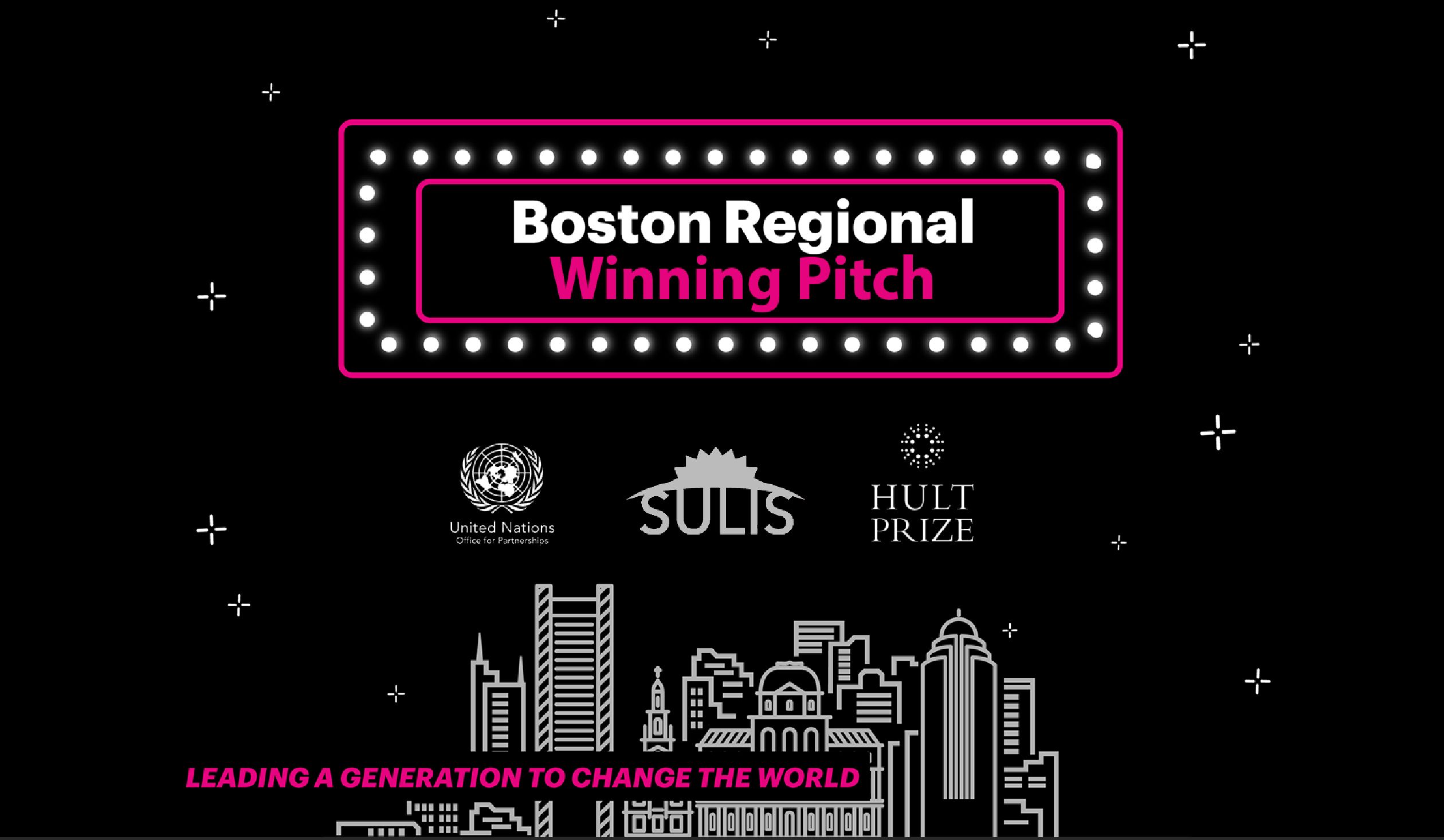 Sulis, the winning team at the Boston Regionals, came up with a device that uses solar energy to sanitize water and can function under a broad range of weather conditions for a low cost, especially for those in impoverished areas. As a plus, the materials are able to be locally sourced and produced.

The team is led by RU student Anurag Modak, a Cell Biology and Neuroscience double major who is Sulis' CEO. Sarah Pomeranz, a Management major, is the team's COO, Chemistry and Sociology double major Yuki Osumi is the Chief Technology Officer, and Ari Mendelow, an Industrial and Systems Engineering major, is the Chief Design Officer. The team found their footing and evolved as an effort through the interdisciplinary foundations of the Honors College.

“We were all super interested in trying to solve such a large scale problem,” said Sarah. “The issue is so vast and affects people across the globe in so many different ways. People are trying to find infrastructure solutions but I don't think there is necessarily time. We wanted a solution that was simple. No filters. No electricity. Just a unit that you leave out in the sun and cleans water. Hopefully, there will be long-term solutions in the future, but we can’t afford to wait for these solutions to come about.” 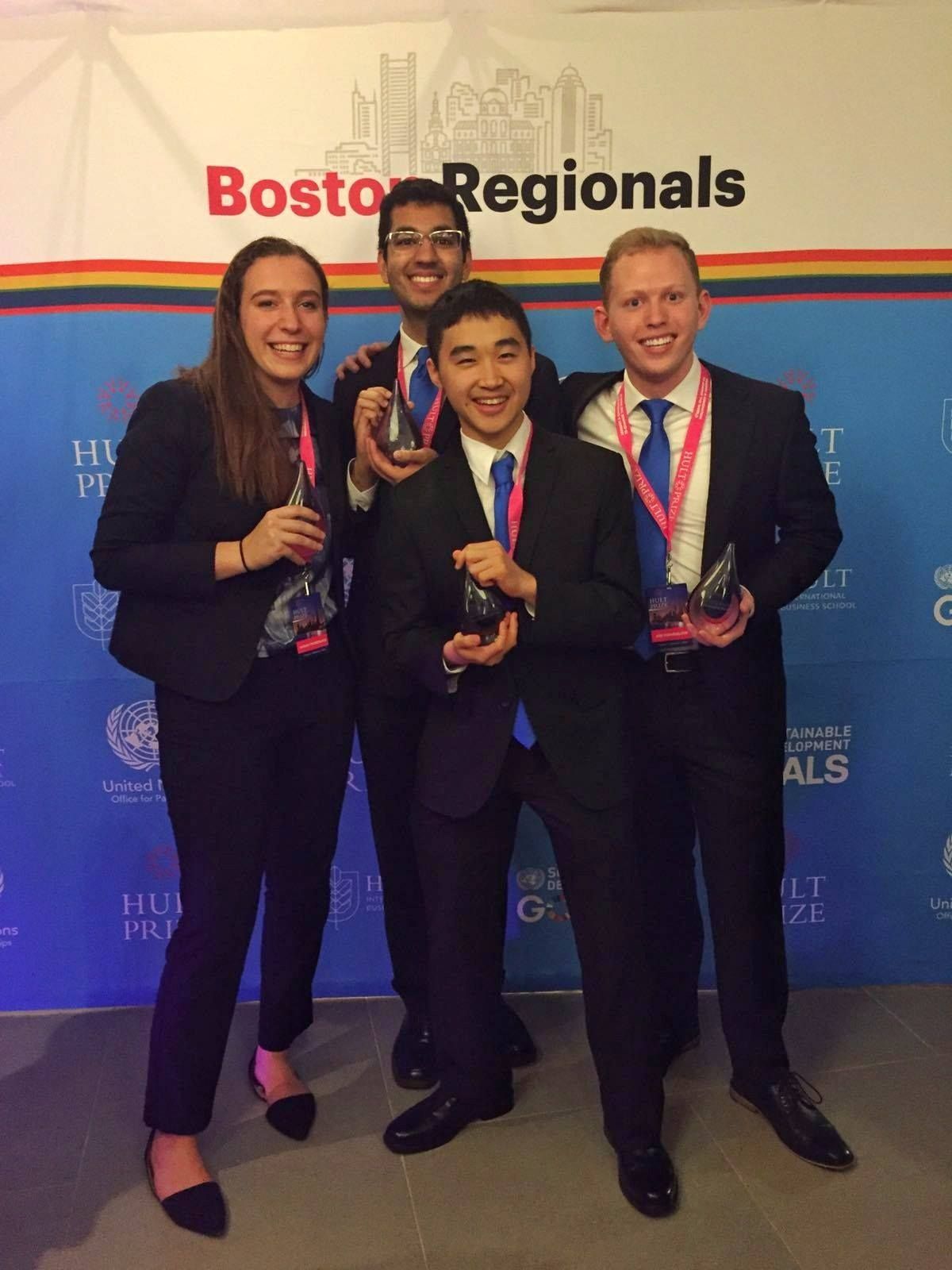 Sulis is also now the recipient of a research grant from the National Science Foundation. You can view their pitch here. 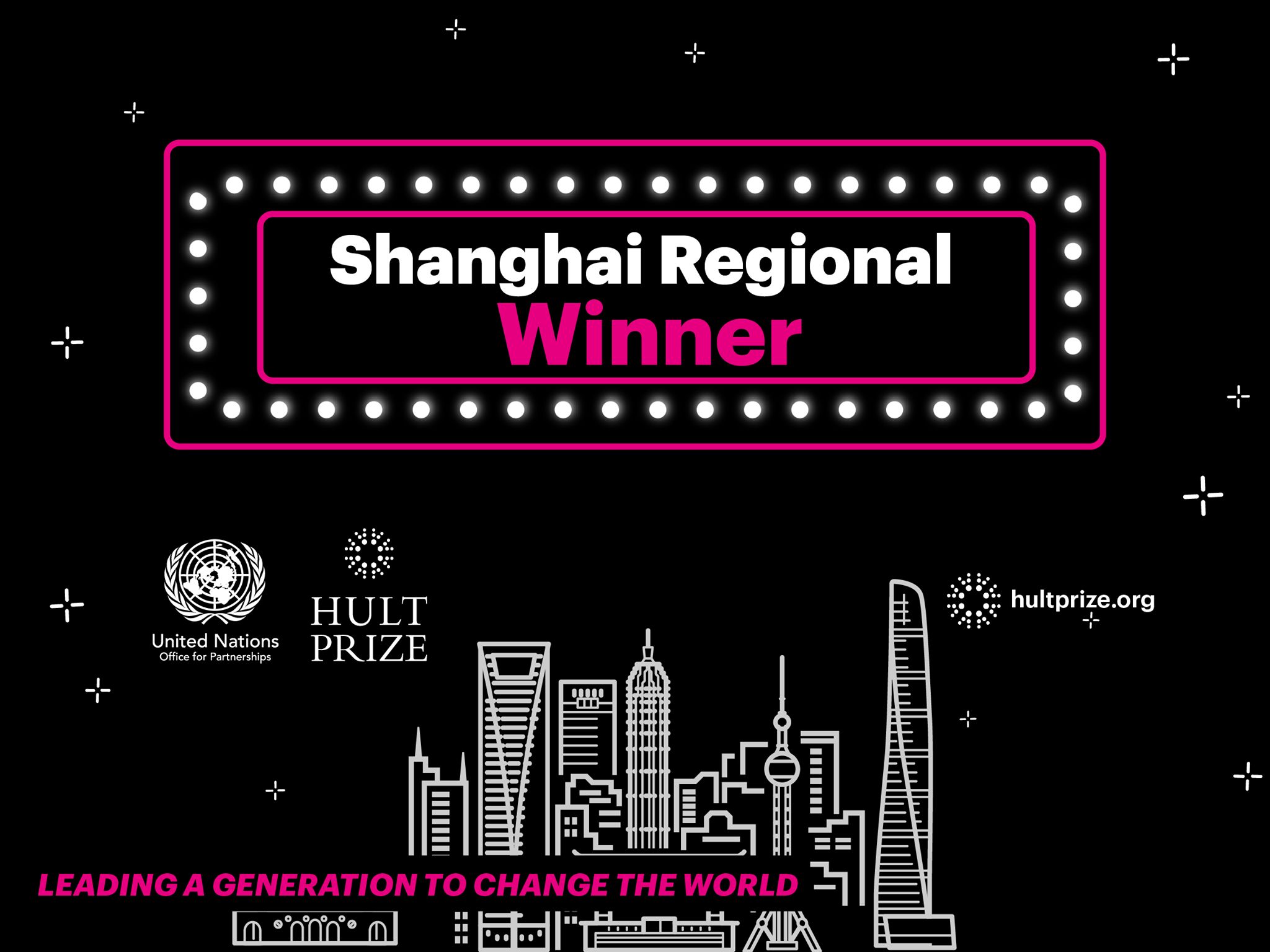 The winning team in Shanghai, LivingWaters, pitched a cost-effective, zero-energy rainwater-catching system that can harvest and sanitize heavy-rainfall in areas without easy access to clean water. It can capture, filter and store a self-abundant supply of water at home. 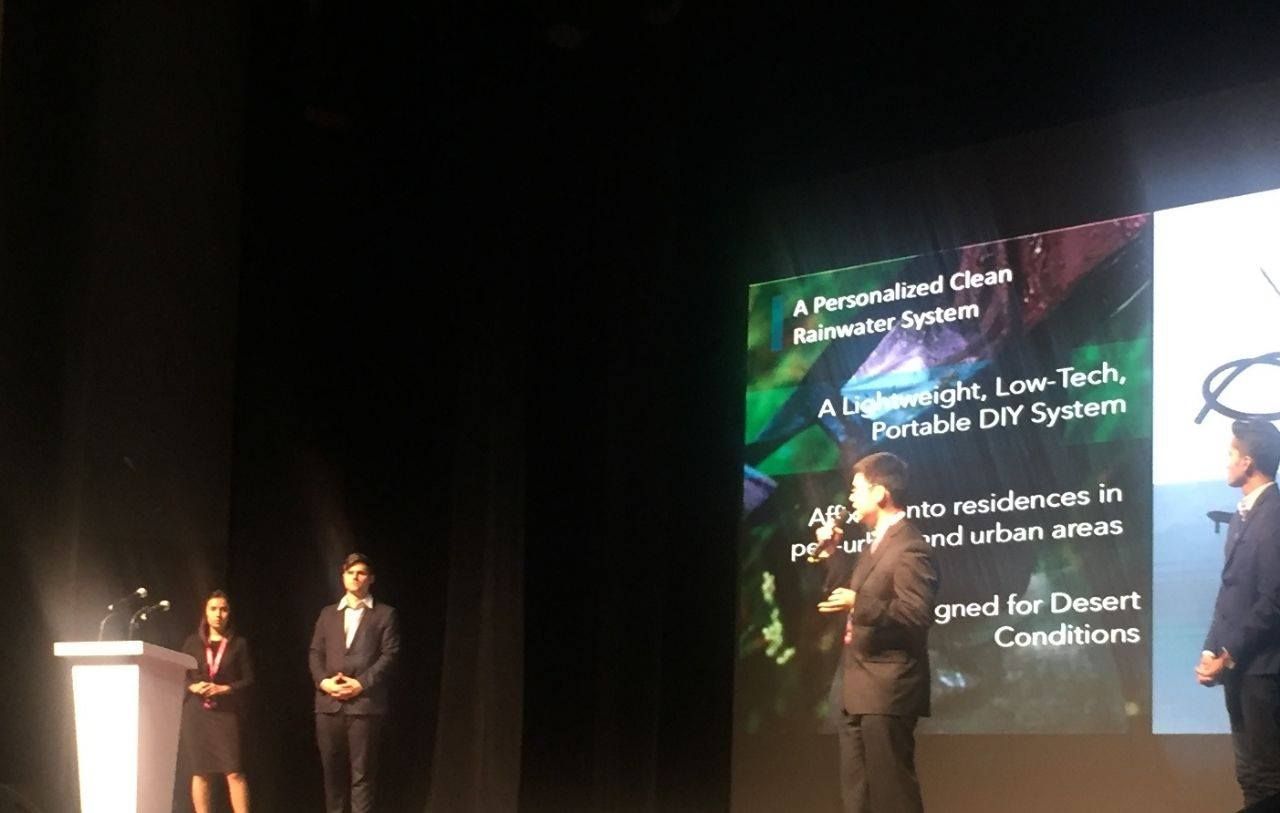 The teams, who were both advised by Rutgers Business School and Rutgers Law School Professor Mukesh M. Patel, will go on to participate in an intensive 8-week business incubator program this summer. They will receive mentoring, advising, and strategic planning to create prototypes to launch their business ideas. Only 6 teams will be chosen to pitch at the competition's final round at the United Nations in September, where the winner will receive $1 million in seed funding.

The Hult Prize at Rutgers was established in 2015 by Umair Masood. Last year, Rutgers' very own Roshni Rides was the global winner, winning $1 million in funding presented to them by former President Bill Clinton.

Those interested in getting involved are encouraged to email [email protected]