Transportation business to improve the lives of refugees

Their goal was to develop a business capable of helping out a million refugees by 2022. The company uses a pre-loaded transaction card (like an NYC Metro card), and encourages ride-sharing and employees existing rickshaw drivers. 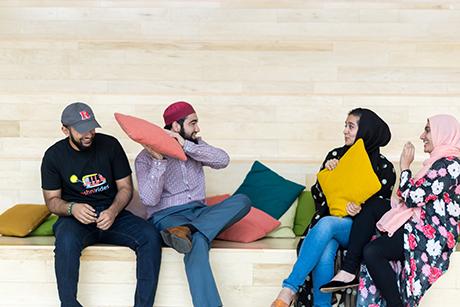 Roshni Rides during a photo shoot

The award was presented to them by former-president Bill Clinton.

The Hult Prize is considered the Nobel Prize equivalent for college students, and Rutgers made history by winning this award for the first time beating over 50,000 people from 100 countries.

The team plans to use their prize to keep building up Roshni Rides, and to explore renewable energy sources for Rickshaws.