The flyers stated that “America is a white nation”

Posters have been spotted in downtown New Brunswick urging white Americans to “…report any and all illegal aliens to U.S. Immigrations and Customs Enforcement.”

Advertised as “A Notice to all white Americans,” the poster accuses illegal aliens of being criminals, with the official ICE phone number marked at the bottom. 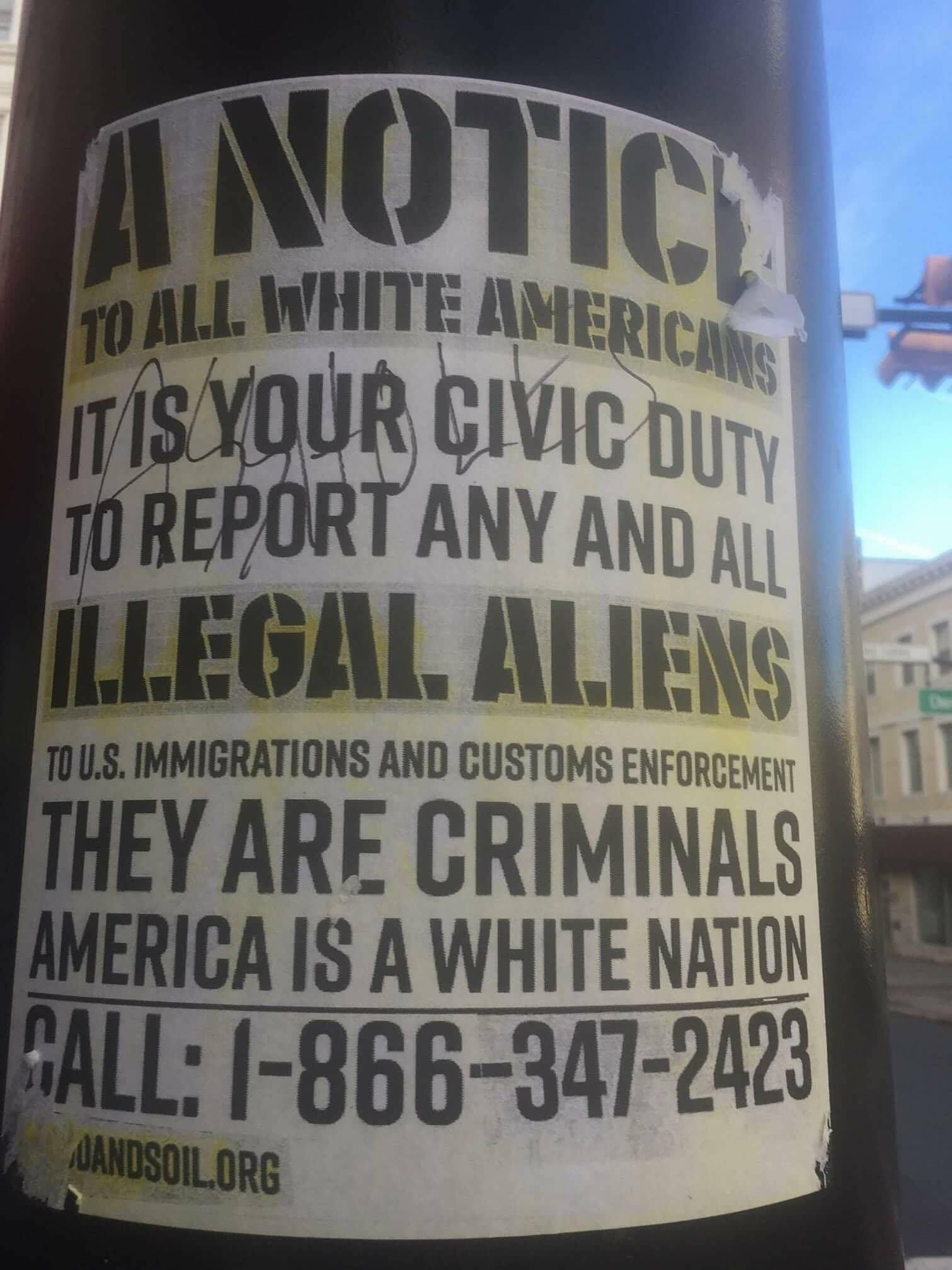 Below the number is a website named bloodandsoil.org, which leads to the main page of Patriot Front, a far-right nationalist organization that aims to maintain a predominantly white culture in the United States, all while driving out minorities in the process. According to their page marked “Manifesto”, their mission is a “…hard reset on the nation we see today, and a return to the traditions and virtues of our forefathers. The same spirit that urged our ancestors onward to create this nation will once again be brought to light, and a new America will be built within its current dilapidated, shameful iteration..”

These posters are adding to a growing list of controversial flyers and vandalism around campus, including a spray painted swastika outside of Stonier Hall and the recruiting posters found on Cook/Douglass for the White Supremacist group Identity Evropa.