The best responses to ‘The Alley’ being closed

Let us tailgate in peace

‘The Alley’ debuted at the beginning of the 2016 football season, and seemed like every student’s dream. There was finally a place where students could tailgate and have fun before every home football game, a place that until now, seemed improbable. ‘The Alley’ created a university sponsored setting where students could tailgate before the seven home games Rutgers planned to host.

However, all good things eventually come to an end and get the RU screw. Rutgers made the official announcement of the discontinuation of the ‘The Alley’ via the RU Athletics twitter. And, like the prideful school Rutgers is, students were not happy to have their opportunity to tailgate taken away. 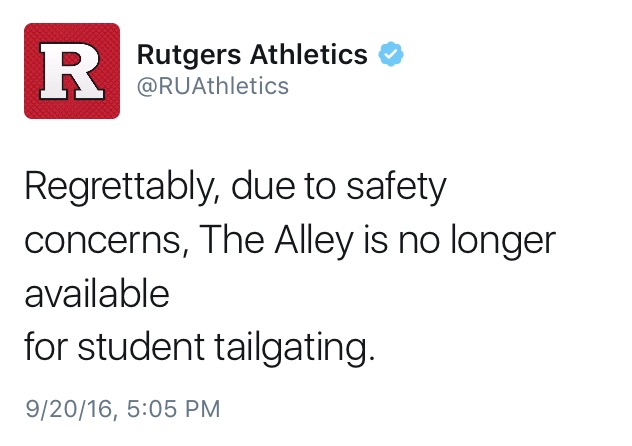 Rutgers is a big school, filled with a ton of unique individuals, but when prompted, we come together and support our right to party.  Students have pledged to boycott football games until ‘The Alley’ is reopened, and have also vented their frustrations on social media.

And the responses are as funny as you might expect. 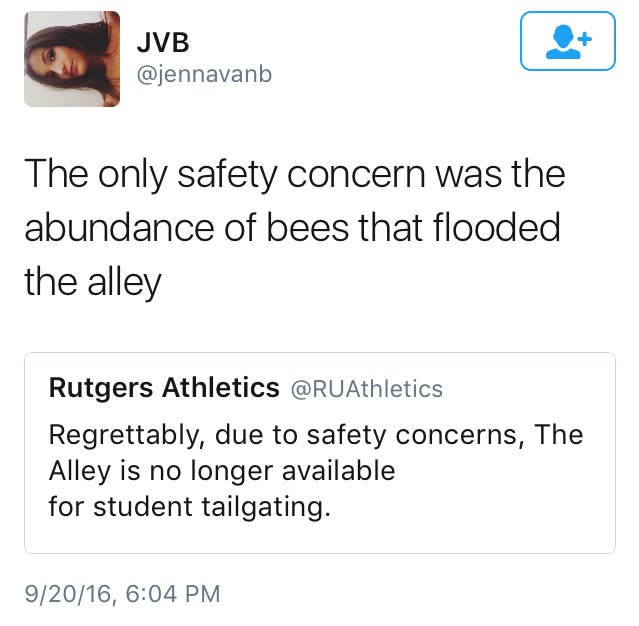 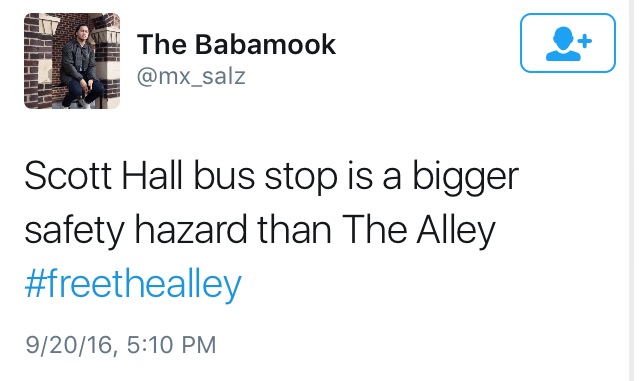 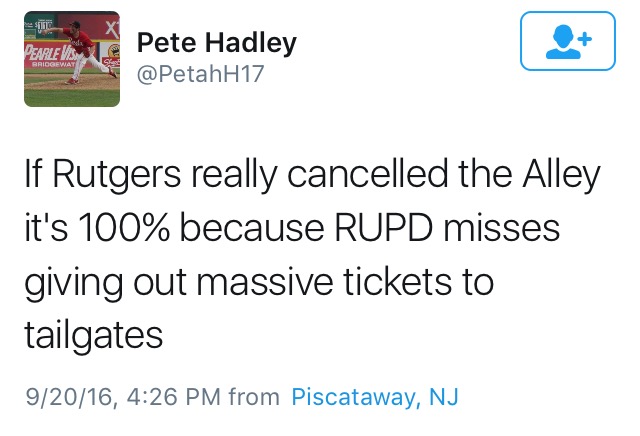 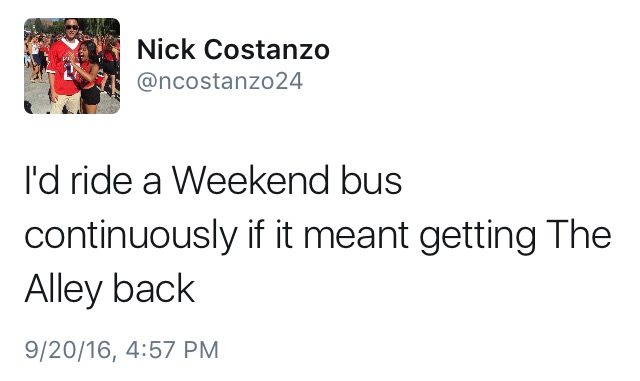 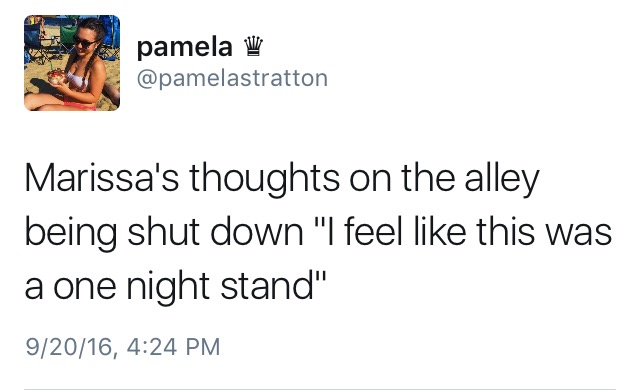 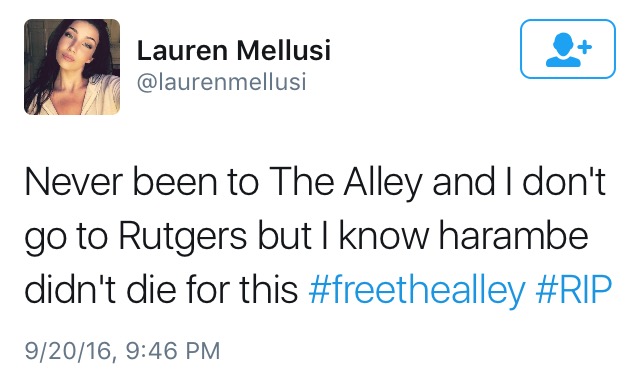 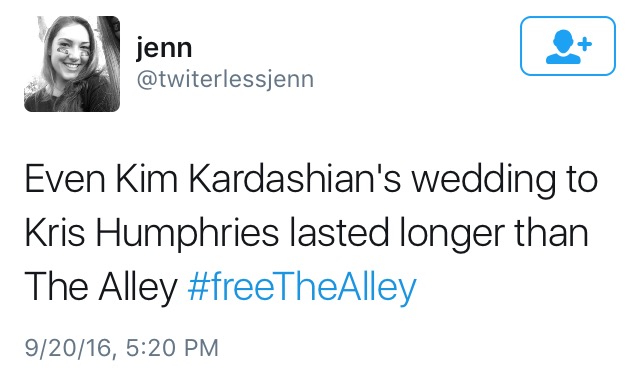 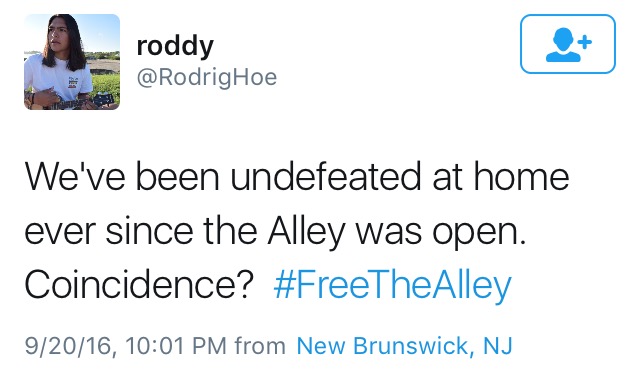 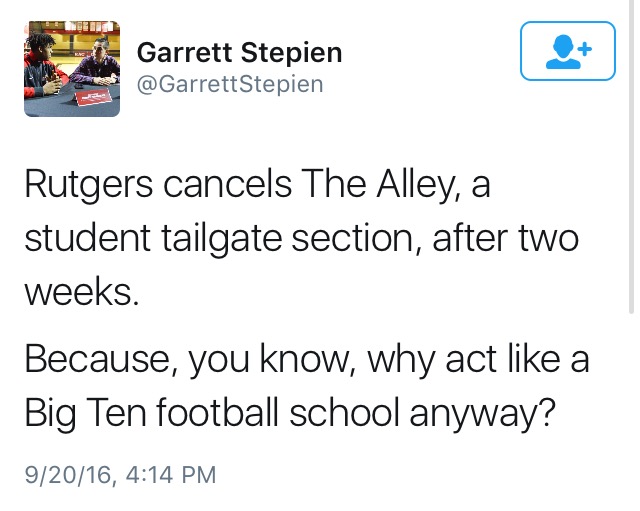 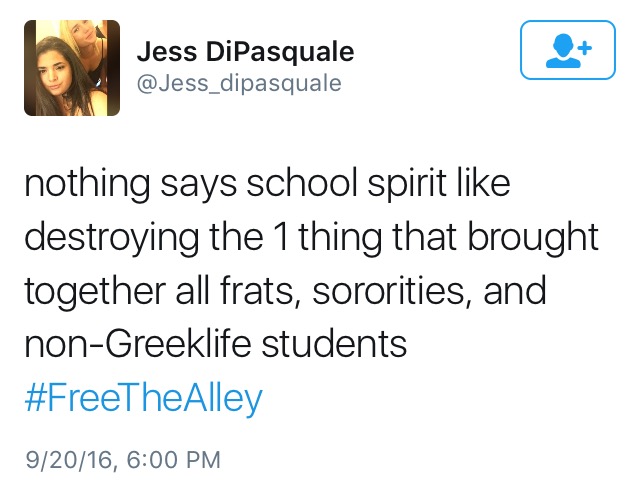 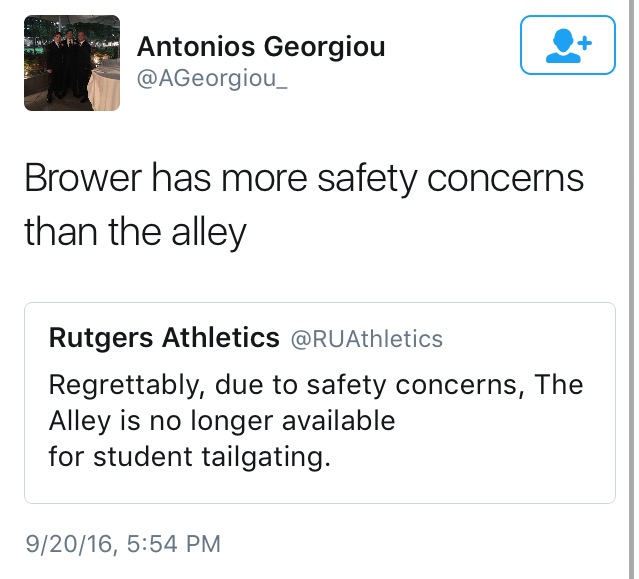 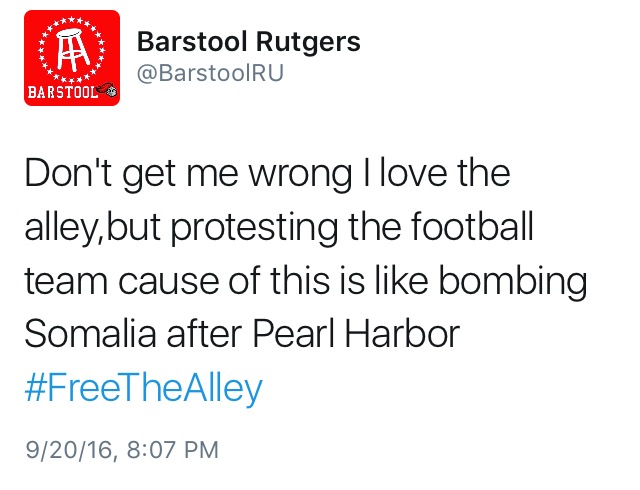 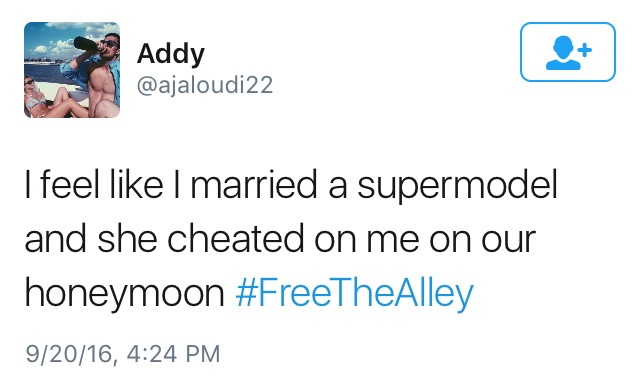