We spent a Tuesday night with an Olde Queens bouncer

Tuesdays are great for us, but the worst for him

Olde Queens Tavern has been nationally recognized as one of the top college bars in the U.S. 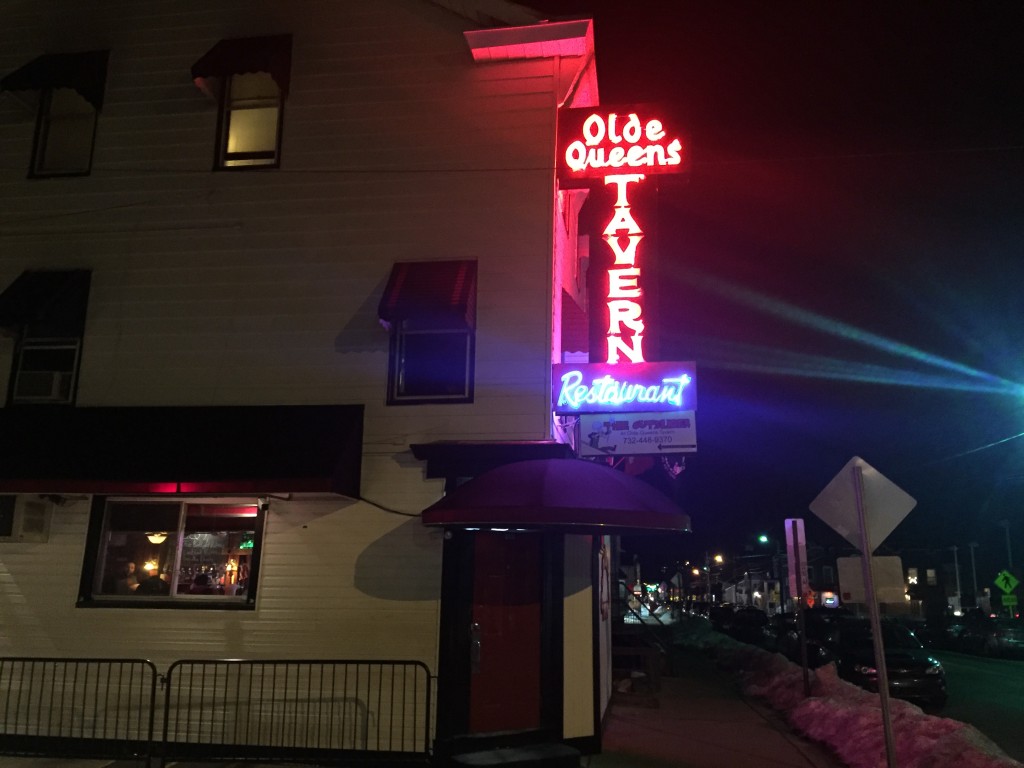 You’re there every Tuesday for $1 beers and $2.50 Svedka drinks. Then you’re back on Thursday for $3 Bacardi specials and then again Friday and Saturday because why not? Unless you’re a VIP card holder you better get to the door by 11 to avoid waiting the lengthy line that would eventually have you begging the bouncer to let you in through the notorious side door.

So what’s it like working the Olde Queens door? The Tab hung out with bouncer George Ibrahim on a Tuesday night to find out. 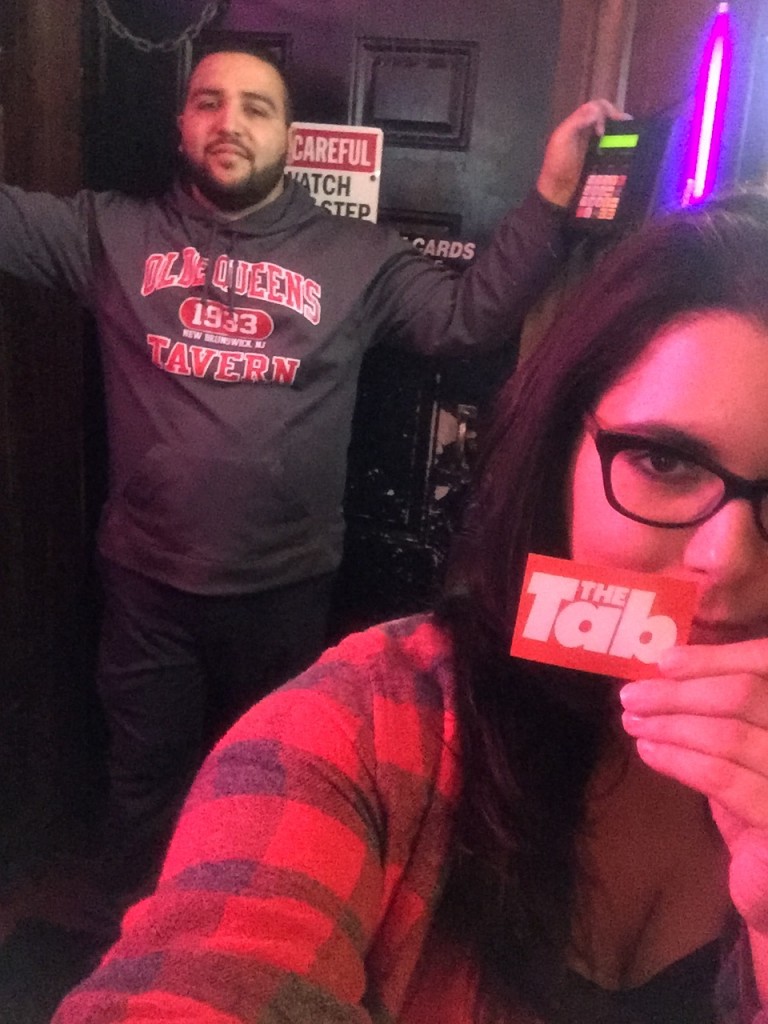 George’s job ranges from being a bar back to managing the front and back doors. He admitted: “The most annoying thing about being a bouncer is when drunk people get kicked out and try to come back in and fight us.”

Aside from the little to no breathing room you have once you’re inside the bar, there’s one thing that is equally as annoying for both us and the bouncers: the line. 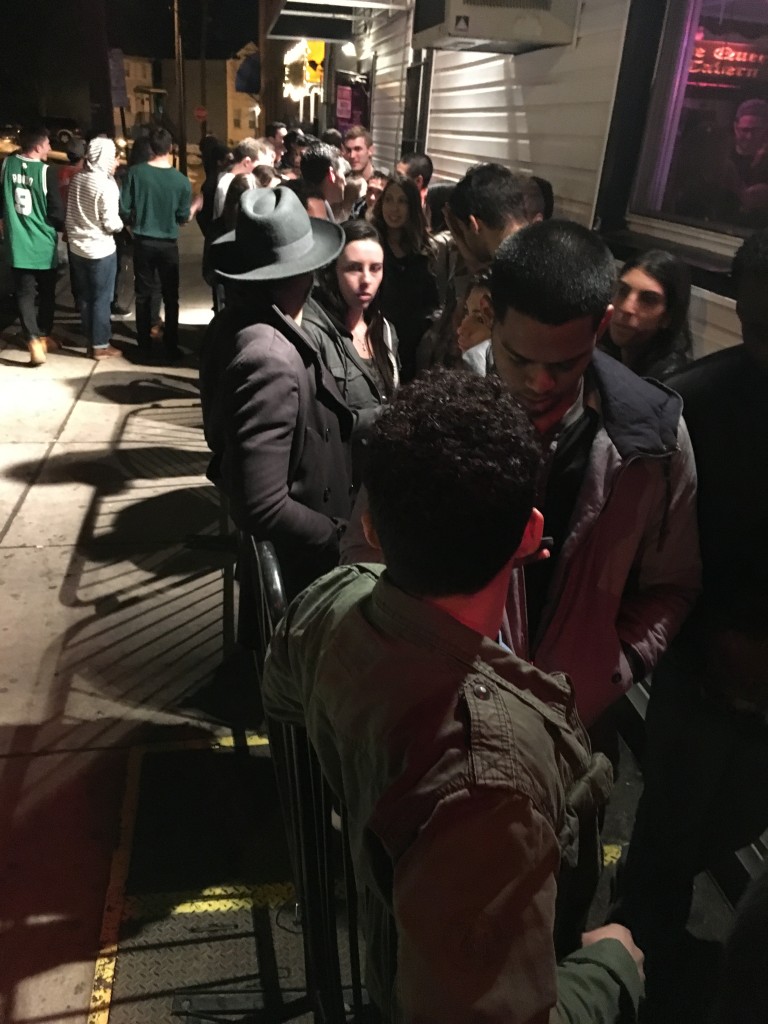 He said: “The front door is easier because most of the time Junior is there with us and there’s more control.”

Then we have the back door, also known as the door that does not require a line, just a good relationship with the staff. “The most annoying part of working the back door is when people leave to smoke a cigarette and then when we let them come back in everyone on the line looks at you like they want to kill you,” George said.

He also told us what not to do if you’re desperately trying to get in tonight: “They always try to bribe me or name drop to get in, someone tried to give me $120 to let them in through the side.  Don’t try to come in through the back door dropping someone’s name that doesn’t know you.” 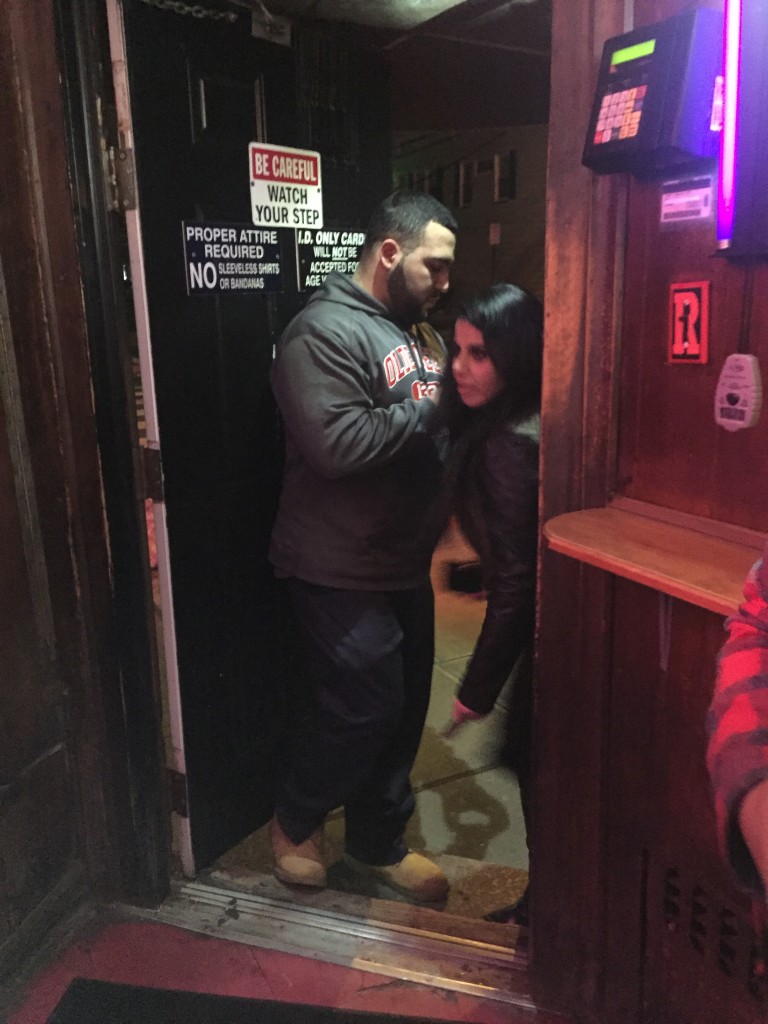 Also, don’t try to drunkenly get to know them. George says: “A lot of times guys get super drunk and try to become friends with me so I can let them in the next time. And most of the time I have no idea what they’re talking about, they’re just mumbling.” 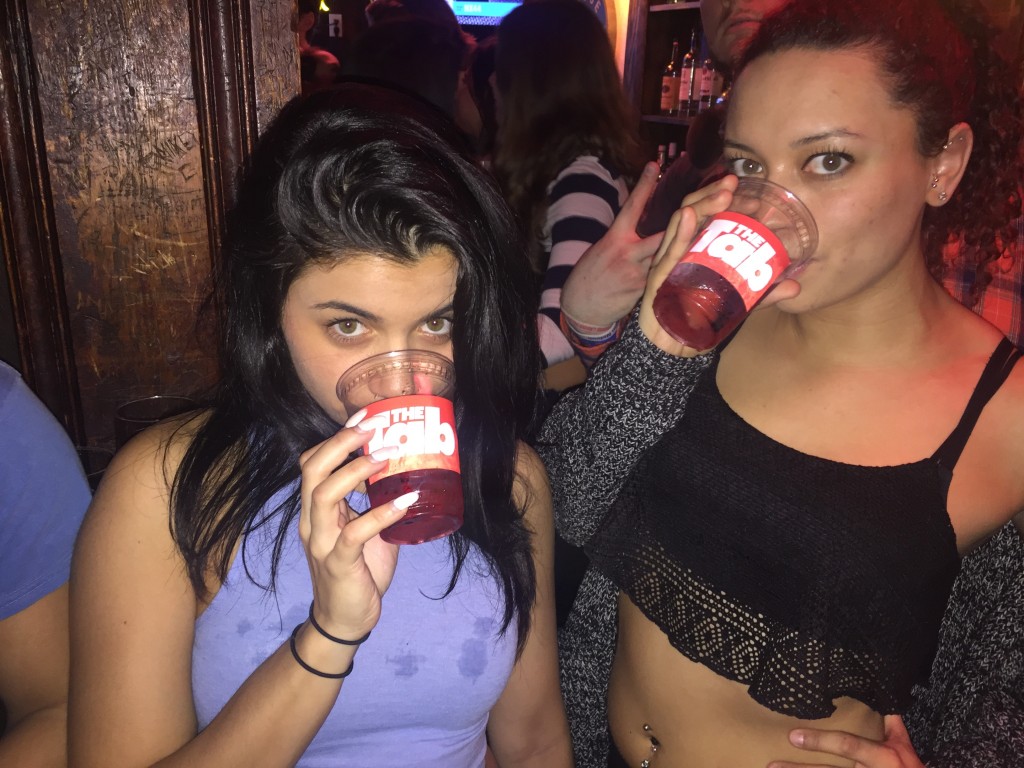 George has had his fair share of experiences dealing with train wrecks because anything can happen from the hours of 10:00 to 2:00. And he’s seen some things, man. “Craziest thing while on the job was once a football team got really drunk and tried to fight us and started throwing bottles.” 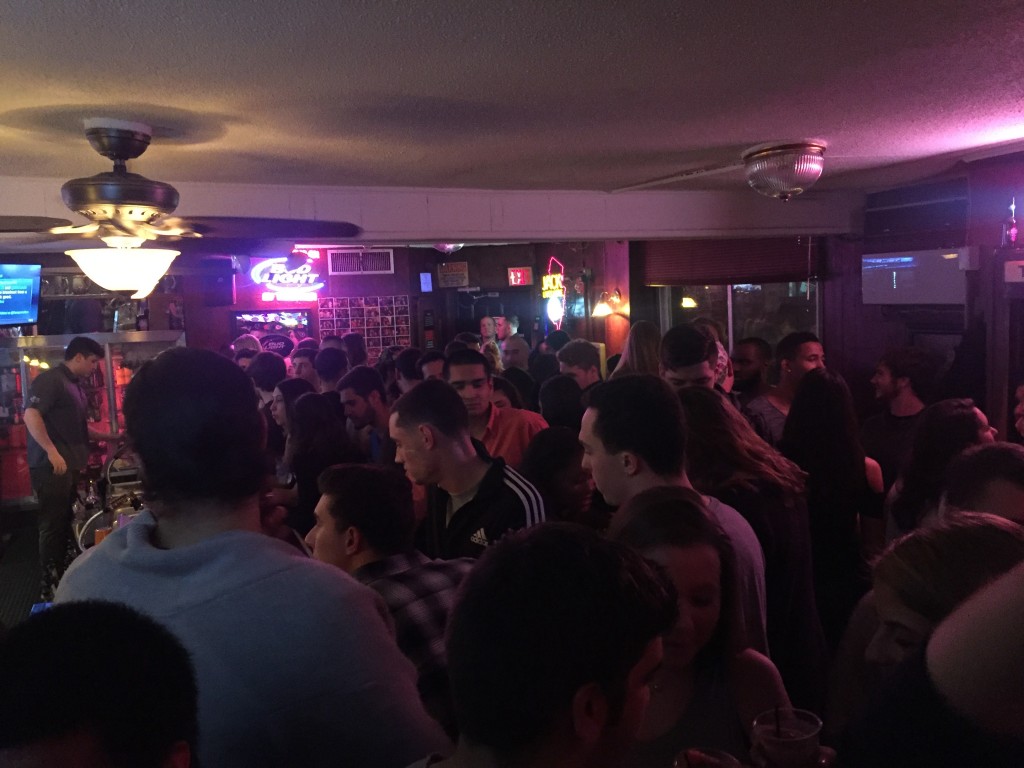 There’s a chance you don’t remember all your drunken moments at the bar, but he does. He said: “There’s a girl who gets kicked out every time she comes, she doesn’t do anything wrong, she just always gets too drunk.” 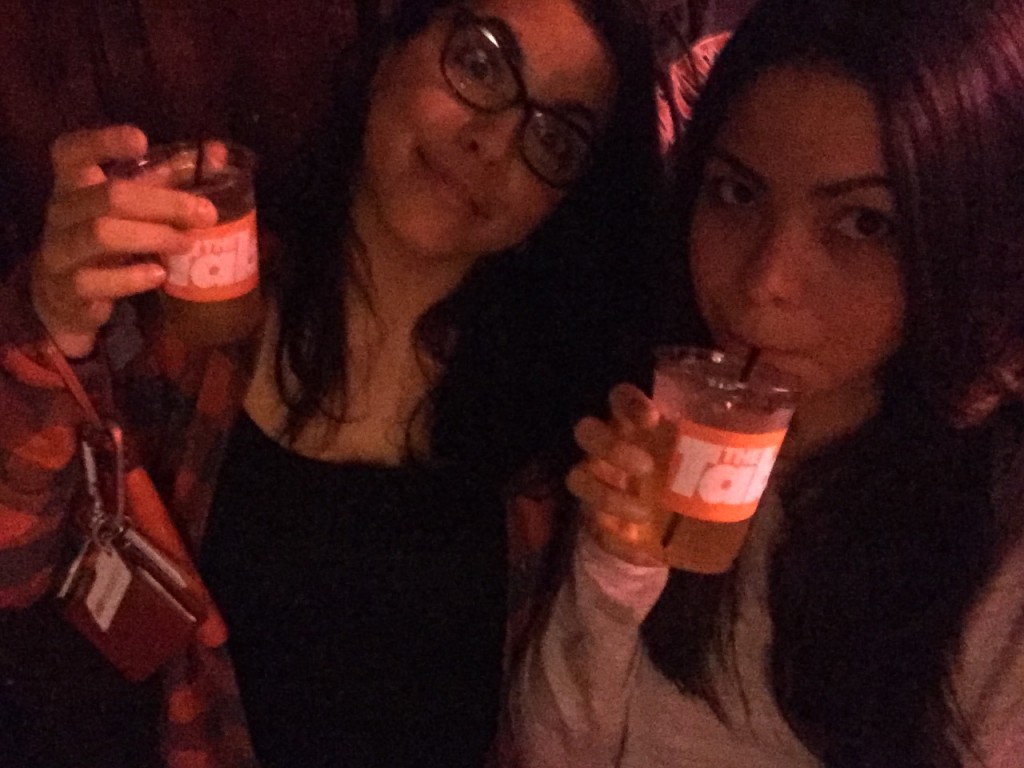 Also, Tuesdays are great for us but the worst for him. “Tuesday’s are worse than Friday’s because of the dollar beers. There are so many we have to clean up.”

But basically after 2 am, the job gets slightly easier. After we all stagger off home the night isn’t over for George and the rest of the staff. He says: “We clean up for 40 minutes. We’re not allowed to drink on the job, but afterward we have a beer or two before we go home.  I’m usually home by four.” 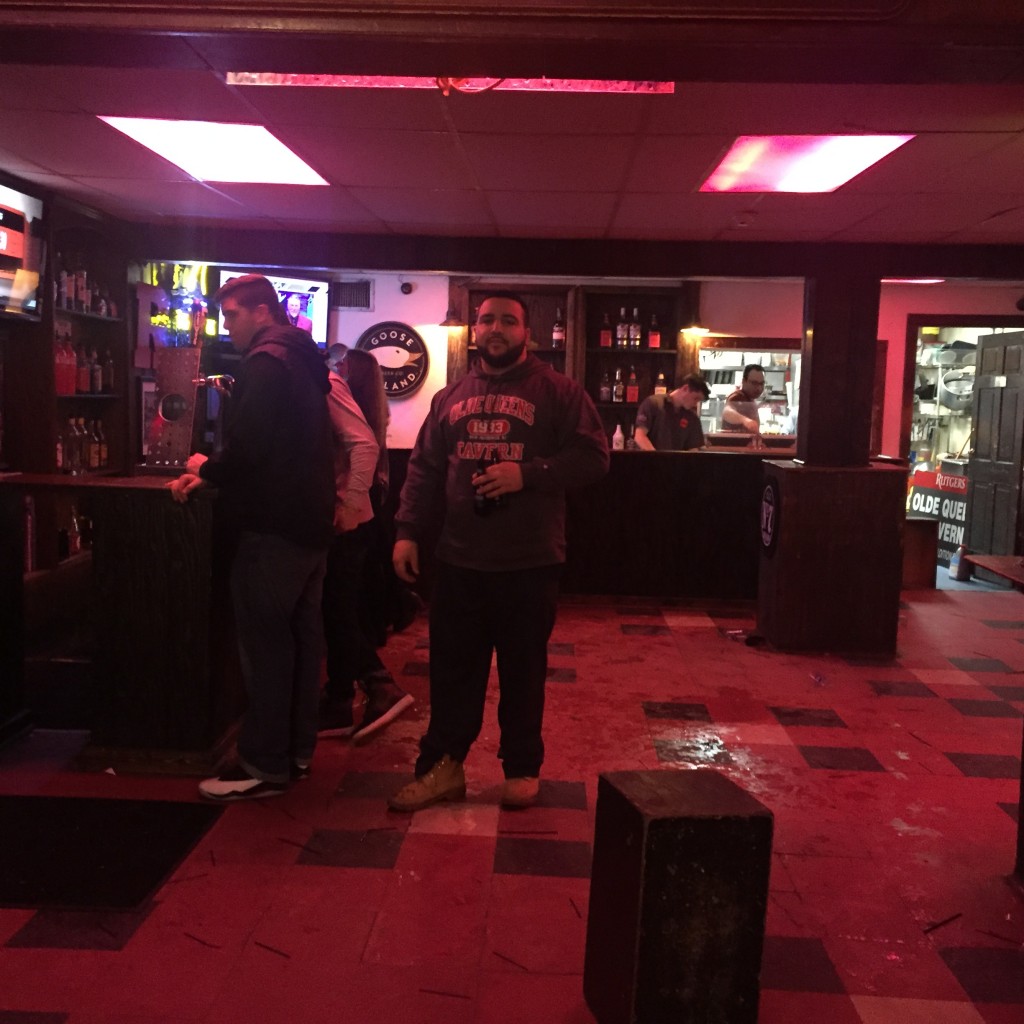