Preliminary results from a campus-wide poll reveal student views on the Black Justice League’s three demands of President Eisgruber, as well as their thoughts on the ongoing #OccupyNassau protests.

So far, over 600 students have taken the poll. The current results are below, though we will provide updates throughout the day.

Students rated their support of the first demand at 3.02 out of 10 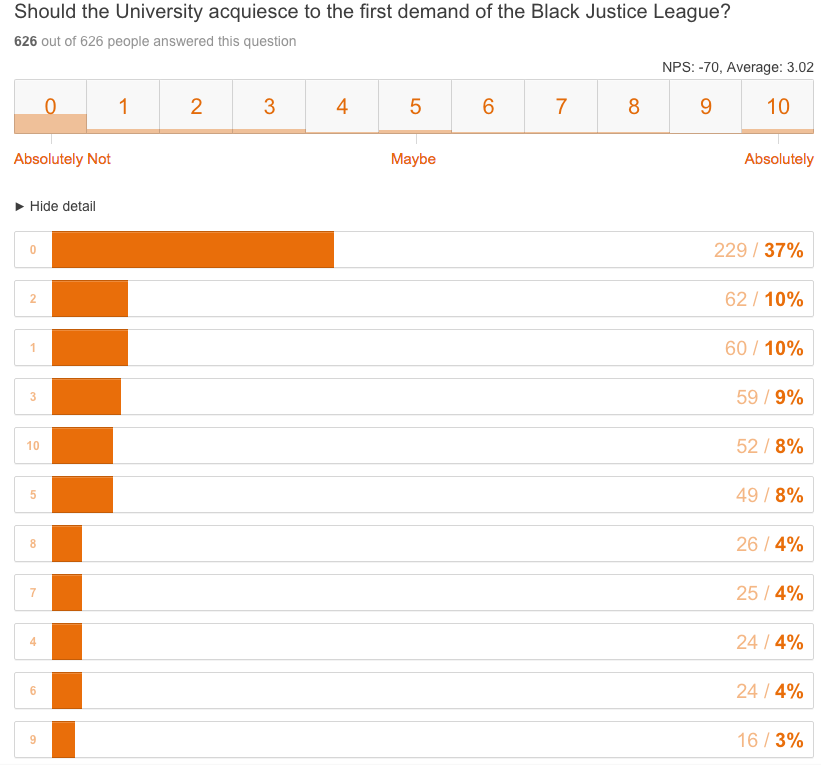 Students rated their support of the second demand at 5.53 out of 10

The second demand states: “WE DEMAND cultural competency training for all staff and faculty.” The BJL’s original demands list states that this request was previously voted down on free speech grounds, and requests classes on the history of marginalized peoples be added to the list of distribution requirements. 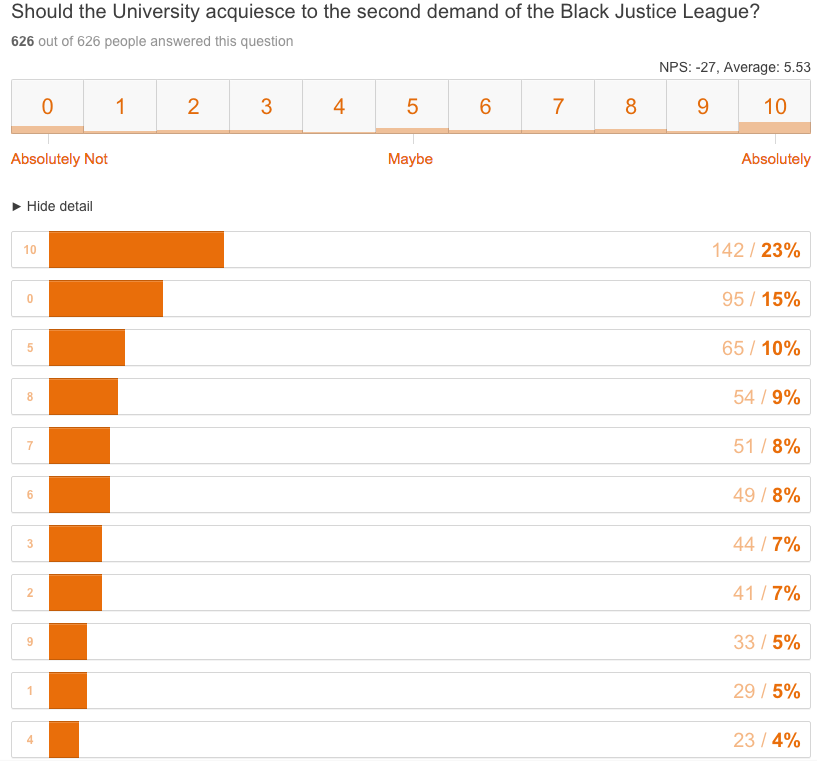 Students rated their support of the third demand at 5.63 out of 10

The third demand states: “WE DEMAND a cultural space on campus dedicated specifically to Black students, and that space can be within the Carl A. Fields Center but should be clearly marked.” The BJL stipulates that the naming of the space be left to student discretion so as to avoid naming it after a “white benefactor or person with bigoted beliefs, as evidenced by the naming of Stanhope Hall.” 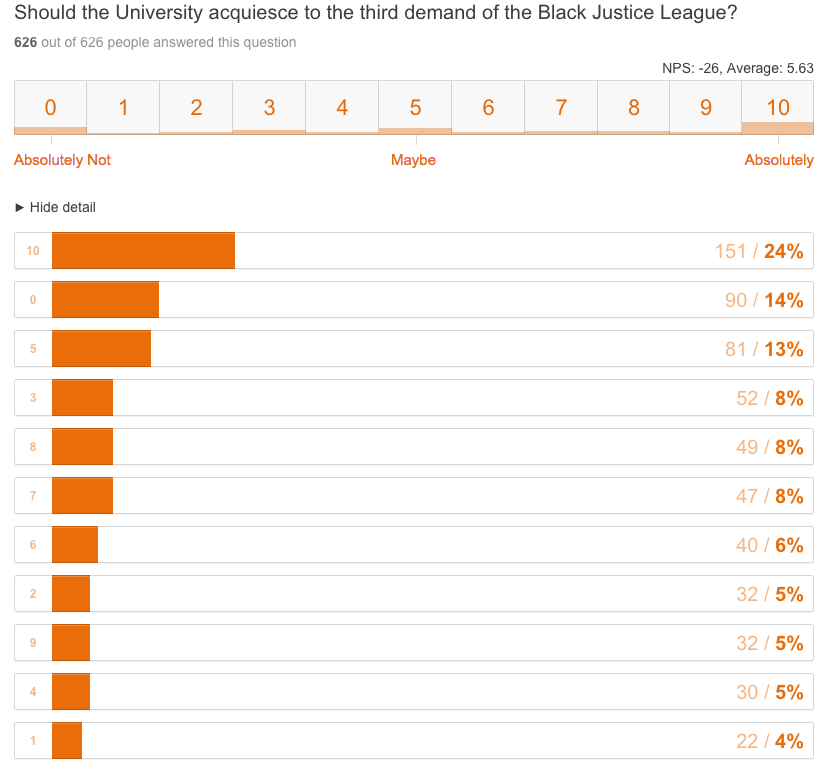 Students rated the efficacy/value of the BJL demonstration at 4.16 out of 10 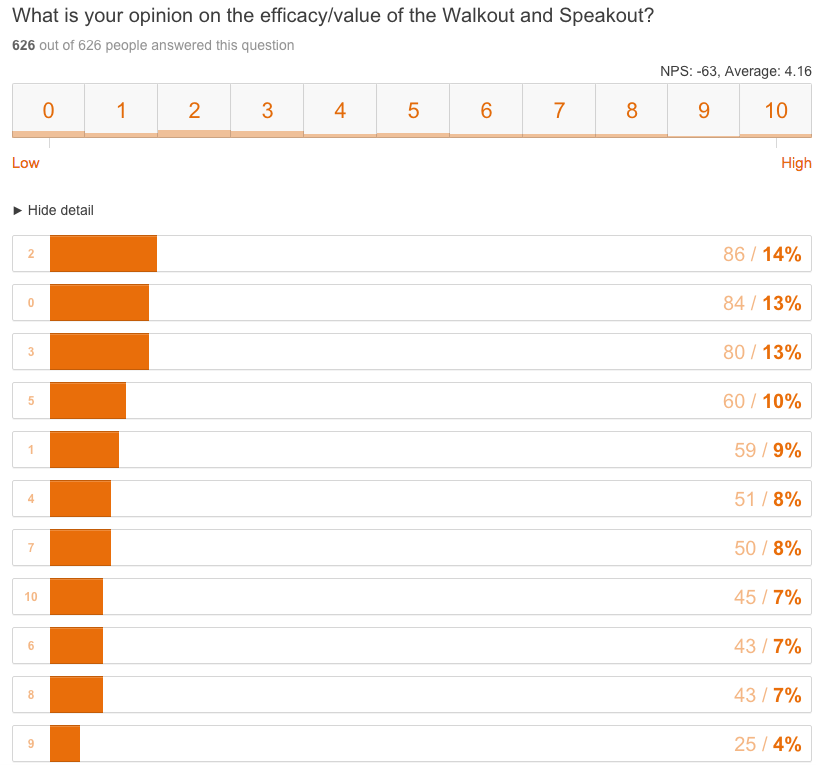 Students rated the BJL’s recent impact on campus at 4.05 out of 10 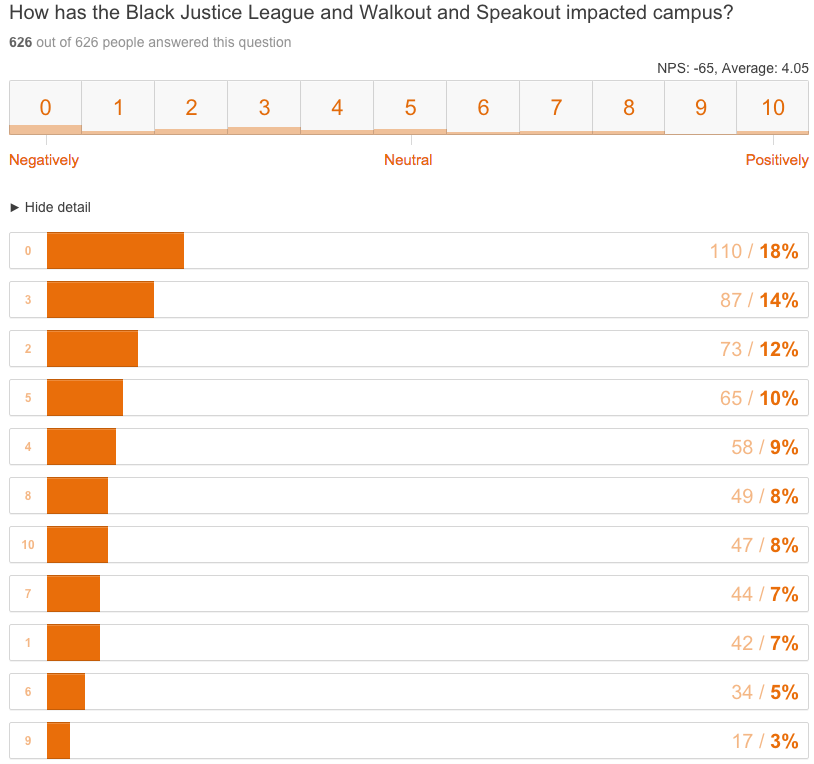 Demographic information about those who have participated in the poll thus far are included below: 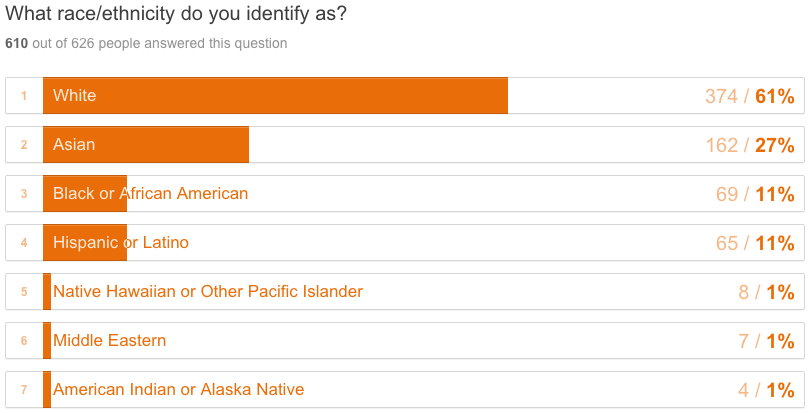 Results from the rest of the survey’s questions can be seen here.

The poll was created by sophomore ORFE major Daniel Wilson, who sent the following email to undergrads earlier today in hopes of bringing transparency to the student body’s perceptions of #OccupyNassau: 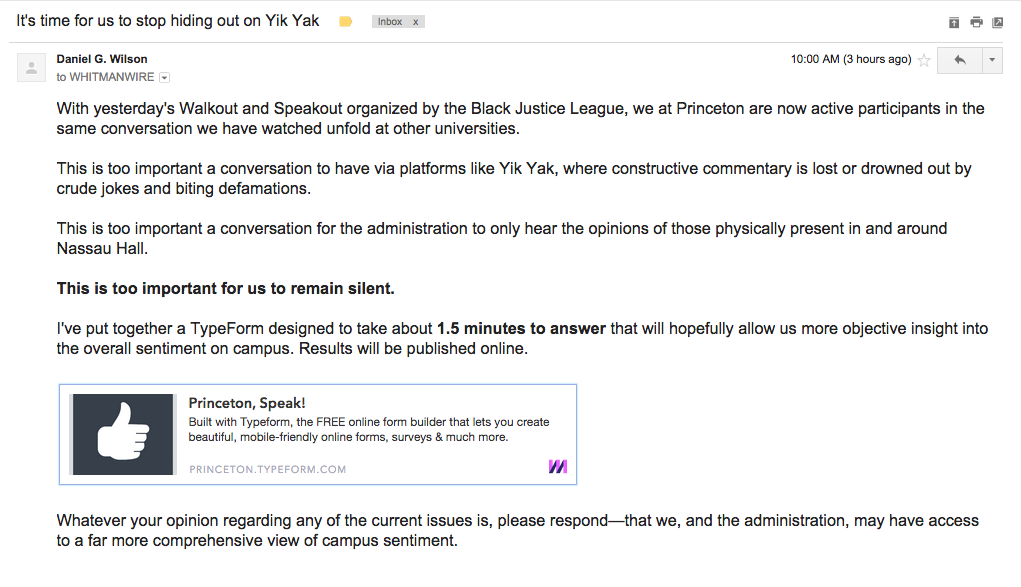 “I was unsatisfied with the informality and descent into disorganized debate that was brought about by using Yik Yak the primary medium of communication. It seems most everyone not themselves present at Nassau Hall lack a way to formally communicate their views. My personal motivation was both a simple interest in data and a desire to provide that missing medium.”

Daniel has released the link online through Facebook and plans to send it to the college listservs as well. 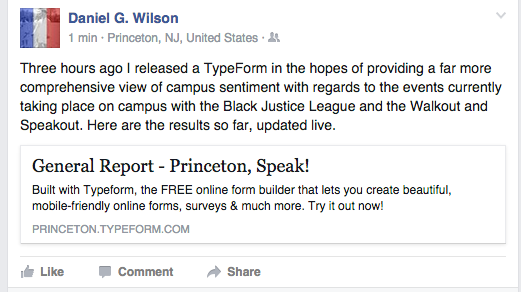