In conjunction with this morning’s upcoming walkout demonstration, Princeton’s Black Justice League released a list of demands for the University’s administration on Facebook late last night.

The BJL announced yesterday via Facebook that it will be joining students across the country in a national walkout day “to confront and challenge institutional racism and systemic inequality.” 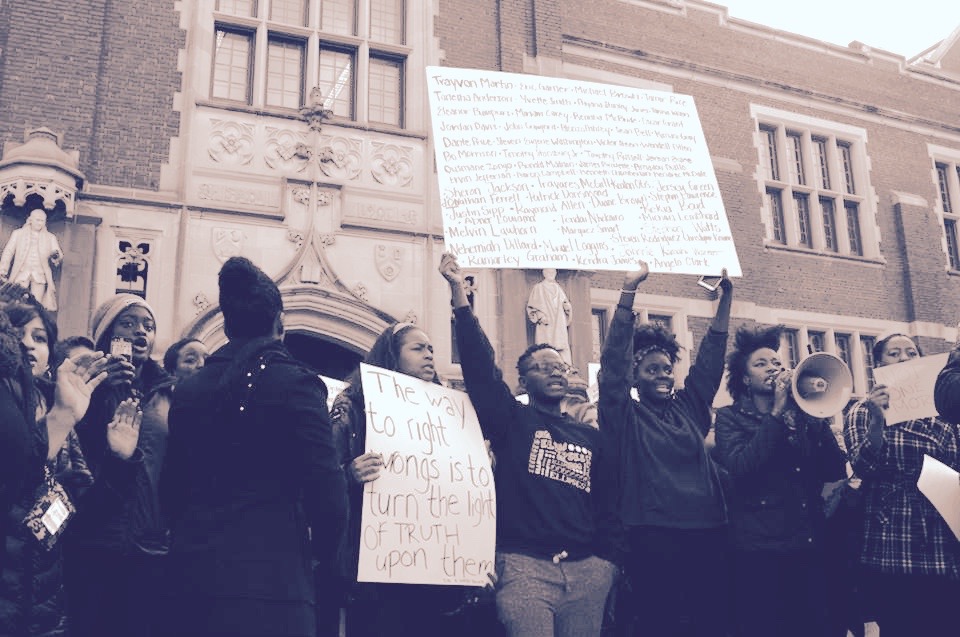 The walkout will take place in front of Nassau Hall at 11:30am today, and students are invited to participate wearing all black.

The open letter posted to the event’s Facebook page lists three demands of the University: 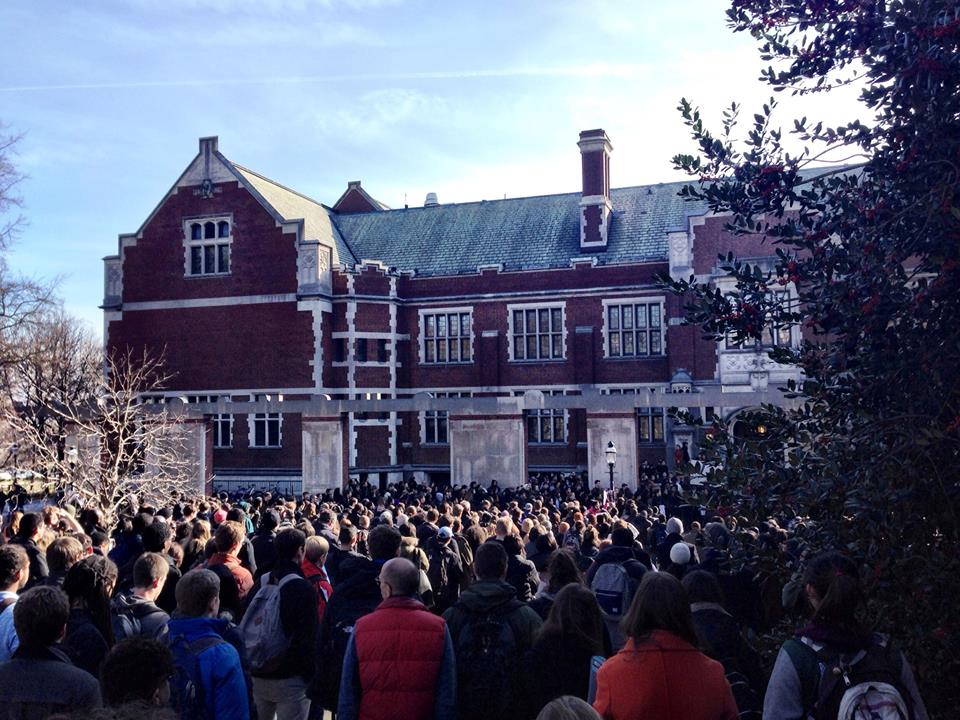 The BJL led a demonstration last year in response to the shooting of Michael Brown (photo credit: Elena Di Rosa)

The letter concludes by stating Black students at Princeton are “sick and tired of being sick and tired,” quoting Fannie Lou Hamer, and requests that President Eisgruber sign the document.

Students responded to the news immediately on social media. One Yik Yak read, “The demands don’t make any sense. They care more about the attention than getting anything accomplished.”

Another stated, “It’s ridiculous to change WWS’ name. We should understand that it is possible to honor a man’s contribution without subscribing to his principles.”

Be sure to check in with The Tab Princeton throughout the day for live coverage of today’s demonstrations. The BJL’s original letter is included below. 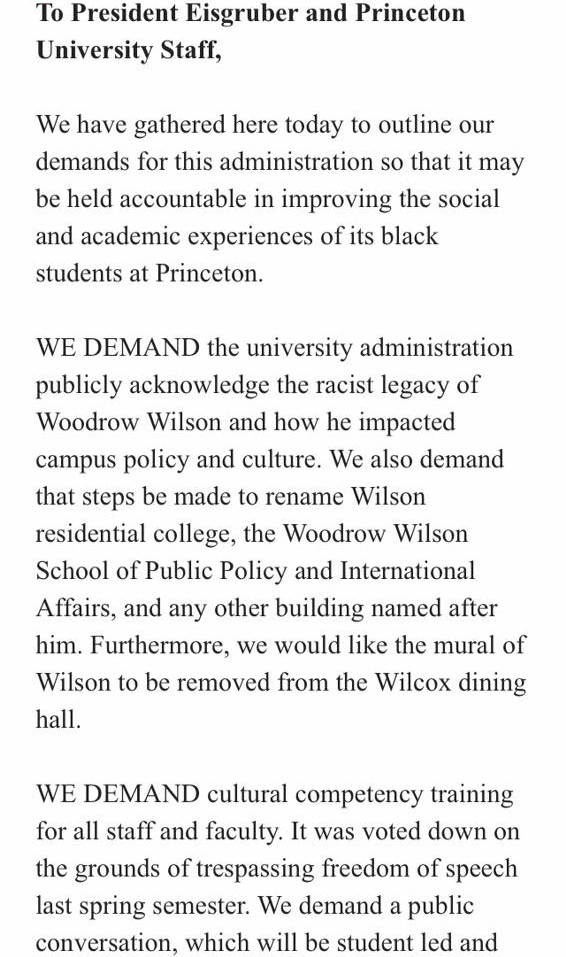 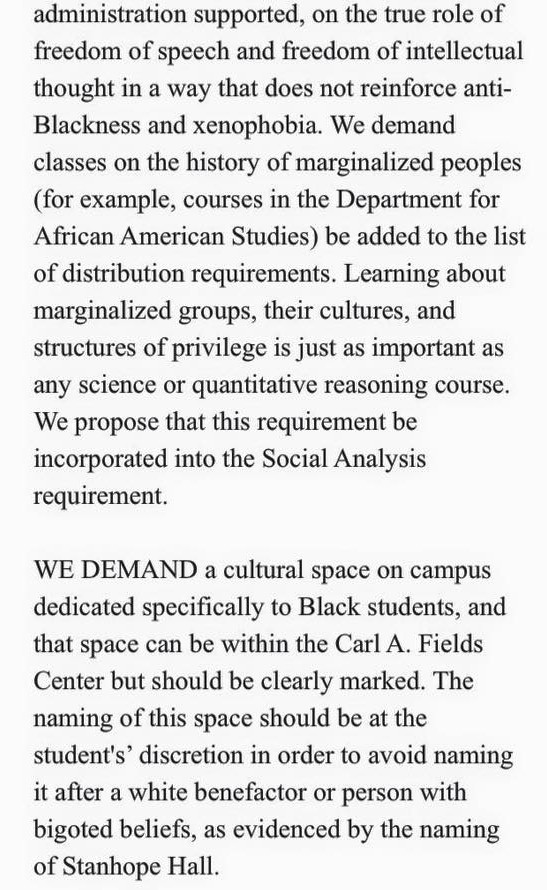 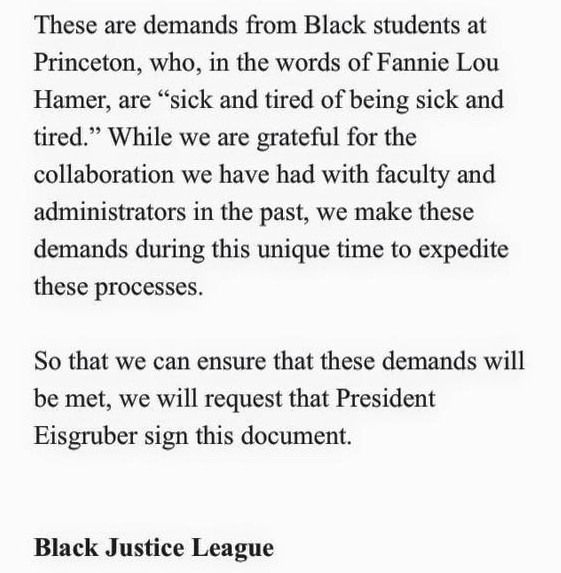