It’s a known fact that snow days at Penn State are a rarity. We’ve braved six inch snowstorm and walked to class when the whole campus was covered in ice.

During Sylly Week, Penn State held classes when there was a sheet of ice on the way to classes. The day after they claimed “we missed this one.”

However last night the odds were in our favor and for the first time in two years Penn State cancelled classes.

when penn state has a snow day for the first time in two years pic.twitter.com/jZQOurPnTM

At 8:30pm on Monday it was official – no class tomorrow. 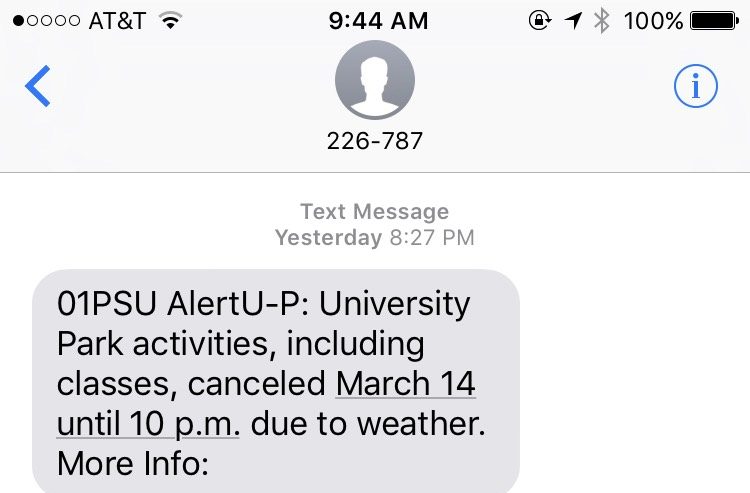 Students were wondering what caused Penn State to finally cancel classes for once.

And students who were drinking to forget that they were back from the sunny days at the beach on Spring Break, claimed that this snow day is a day to keep on drinking.

I guess if my little cousins can get drunk at Penn State for a snow day I can man up in Conshohocken tonight. #StayWarm

Others were suspicious of such great news…

Something's up when Penn state gets a snow day ??

Everyone when I transferred: "Penn State isn't like West Chester you'll never have a snow day again"

But when Penn State actually has a snow day, it’s a rarity so rules shouldn’t apply and let’s celebrate a little.

This is definitely the second or third snow day I've had at Penn State since moving here. Pretty lucky I guess ?

Shoutout to winter storm Stella, for making all of this possible.