Students are rallying outside the Ford Alumni Center to protest the President Michael Schill’s recent announcement to increase tuition. The protest is an ongoing response to President Schill’s letter to the university stating that he plans to increase student tuition, making it more difficult for students to finance their education.

The increase has already resulted in massive amounts student reaction, and today more dissatisfied students representing different groups are speaking out to express their desire to help students feel that they should be able to afford going to college regardless of income status. 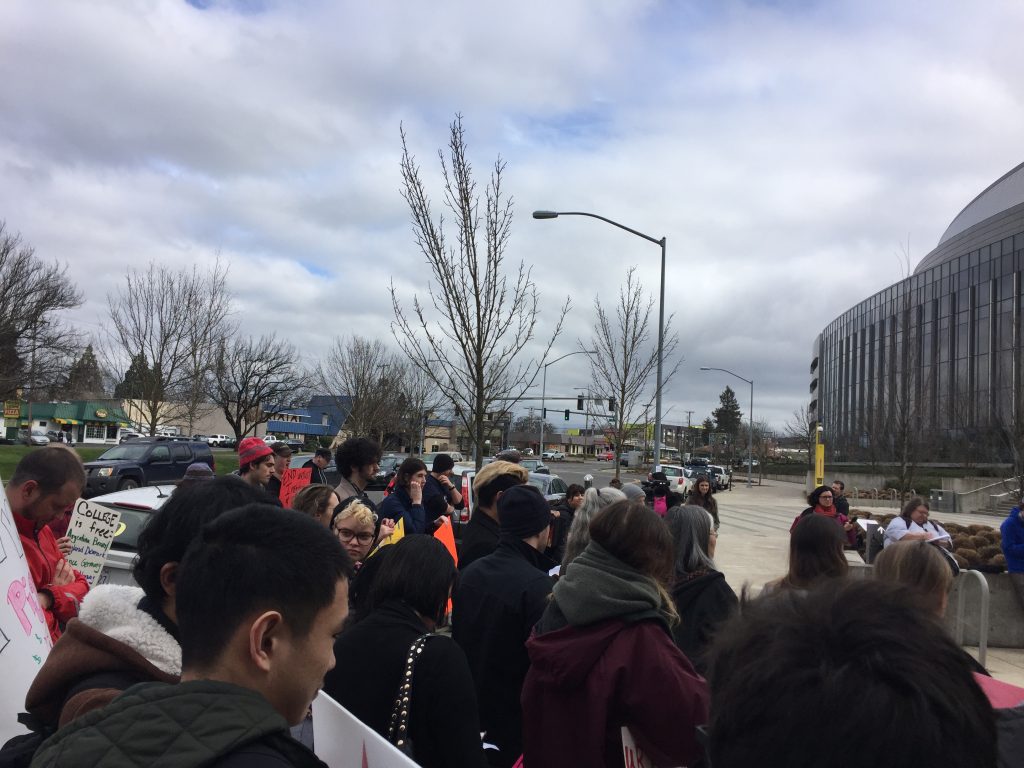 ‘I’m against it today because I think there’s a lot of students being priced out. I know there’s a lot of issues with funding and that it’s not tied just to the administration it’s at the state level,’ said ASUO and Oregon Student Association representative Amy Shank.

‘I there’s a lot more the administration can be doing here to make sure students are feeling safe and that they can afford to go here.’ 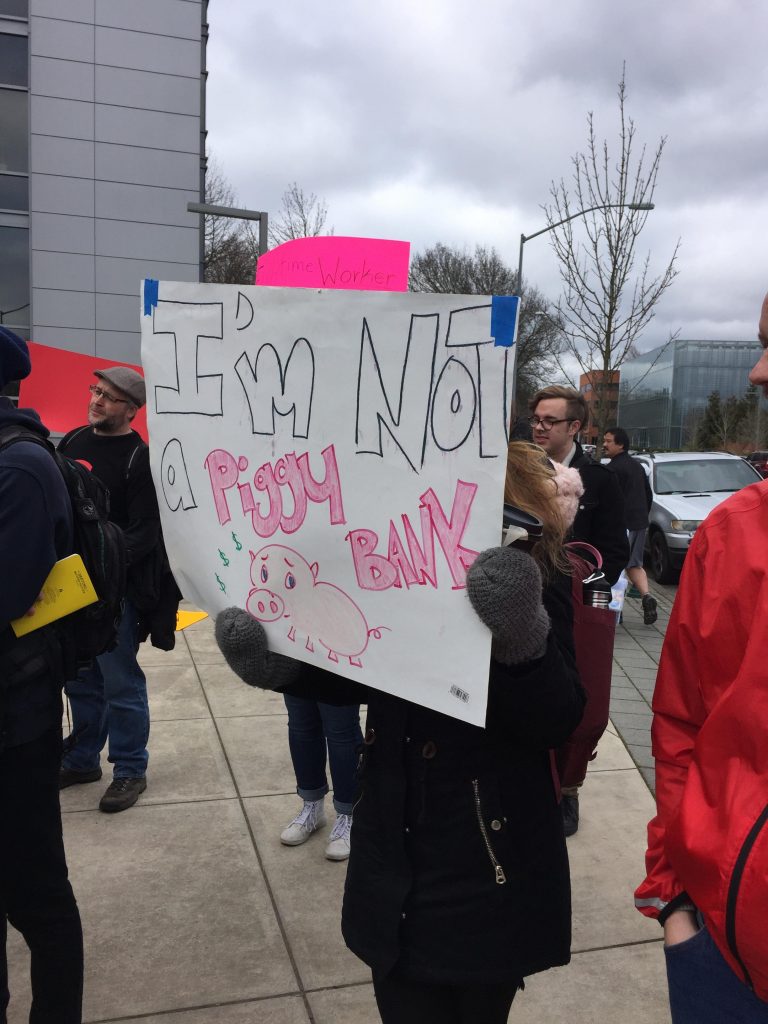 The rally is also in conjunction with another group, the Graduate Teaching Fellow Federation (GTFF), the union of graduate employees on campus.

‘We do understand that we’re facing a budgetary crisis in general, but the students shouldn’t have to have this burden on their backs,’ said GTFF Co Vice-President for Politcal Education Lola Lousdanau.

‘There’s a lot of spending going on at this university, but do think that it’s important that the community has a real voice in the decision making process of budgeting priorities.’ 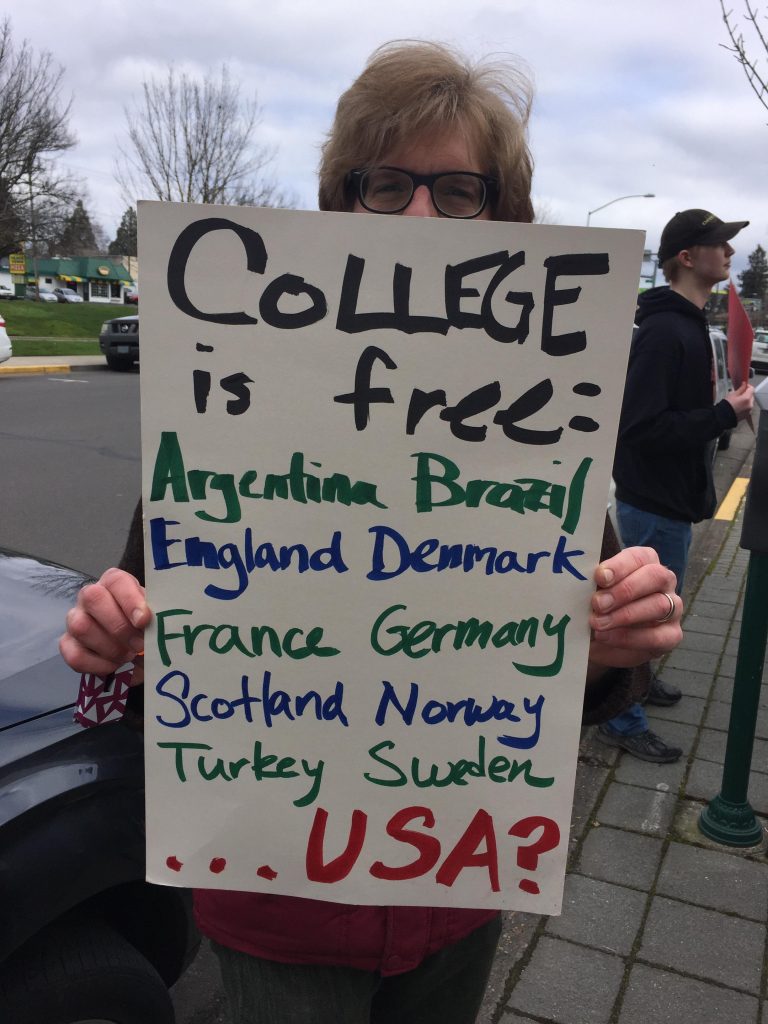 Overall, the group is making a stand that students should have a voice when it comes to funding education.

‘The priorities should be affordable education for all,’ Lousdanau said.