We spoke to the man behind the 3D printer

Robert Milburn is a sophomore studying Construction Systems Management at Ohio State’s College of Food, Agricultural, and Environmental Sciences. He is also the man behind the 3D bricks that have been popping up all over campus.

Milburn told The Tab Ohio State that he started making the bricks almost two weeks ago. “It started out as a joke,” he said, “You see a random brick missing, and think, ‘Oh, I have a 3D printer, I could just 3D print a brick.'”

The first brick Milburn printed read, ‘404: Brick not Found’ and was originally intended to be a one time thing. “It was just going to be a one-off. I was just going to print a regular block of plastic, but I figured if I was going to spend the time to do that, I might as well make it say something funny.”

Since placing his first brick, Ohio State students have started following his efforts on Reddit. It has become a game for them to try and find the newest bricks on their way to classes, the gym, or as they walk around campus, and to post pictures of them on the site as ‘brick of the day’. 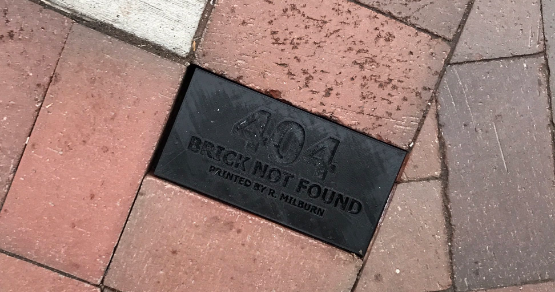 Milburn said that he didn’t expect such a huge reaction and strong support from students, “I was hoping people would see it in passing and chuckle a little bit, but I didn’t expect the sort of Reddit explosion that it had.”

By popular demand, he has continued to print bricks. “I try to print one brick a day, sometimes two, and today I printed three.” According to Milburn, printing a single brick can take anywhere from six to 16 hours.

He has his own 3D printer, and has been printing the bricks in his dorm room. According to reddit user Ddogclaw, the Ohio State University officially ruled last semester that 3D printers are not to be allowed in dorms. Thankfully, Milburn hasn’t come across any issues as of yet. “My RA knows about it,” he said, “the issue is with what kind of filament is used, mine is non-toxic, so it hasn’t been an issue.”

Milburn has printed 11 bricks since the inception of his project, most of which have gone missing, presumably stolen by Ohio State students who want a souvenir. Milburn doesn’t mind that they get stolen, but did say, “I wish they would just stay for an entire day so that people could enjoy them.” 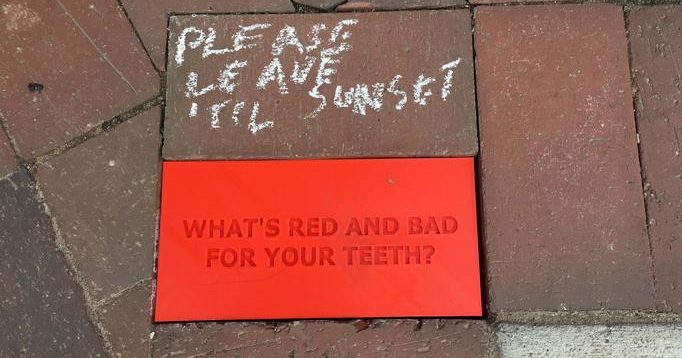 Increasing popularity means increasing demand. Unfortunately, printing 3D bricks is not cheap, and Milburn is having trouble keeping up with the rising demand from OSU students to see more bricks around campus.

In order to lessen the financial burden, Milburn has set up a GoFundMe to help cover the costs of filament and to possibly raise enough money to purchase a second 3D printer.

The GoFundMe incentivizes donation by offering packages: for $5 you can become a sponsor and have your name printed on a brick, for $20 you can choose what text will appear on the brick, for $50 you get to choose the text and will receive a copy to keep for yourself, and finally, for $1000 Milburn will print you whatever you want (within reason, of course). 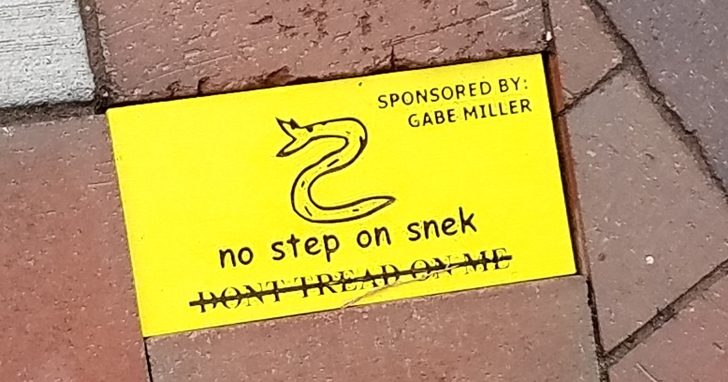 Milburn plans to keep making bricks as long as there is still a need for them. He started this project to try and fix the problem of missing bricks in the sidewalks, which he has identified as a tripping hazard and a potential danger to students.

“You know, I’m drawing attention to the issues that are on campus, and now they’re getting fixed really fast.” He explained that the University’s newfound efficiency in sidewalk upkeep is bittersweet, “on one hand, Ohio State is getting everything fixed, on the other hand, I don’t have anywhere to put my bricks.”