Late Wednesday night, a Columbus Police officer shot and killed a 13-year-old black boy, Tyre King. The police had been investigating an armed robbery. The suspects were described as group of black males. One of them was in possession of a gun.

Officers were attempting to speak to three people who matched the description when two of the suspects fled on foot. The police then chased the males into an alley and attempted to place them under arrest. Allegedly, one of the boys, Tyre King, proceeded to pull out what looked like a very real gun. An officer shot the boy multiple times.

Tyre King was a 13-year-old black boy who was in possession of a BB Gun. Officer Brian Mason, who has been identified as the man who shot King, is a nine-year veteran of the force and a white man. He has since been placed on administrative leave.

The following morning, an on-campus student organization put together a vigil for members of the community to mourn and protest Tyre’s death peacefully. The Ohio State University Coalition for Black Liberation spearheaded the vigil.

The group was founded to stand in solidarity with the Black Lives Matter movement, as well as to help organize the Ohio State community against racial injustice and discrimination. Notably, their group came together in 2014 after a similar incident occurred in Cleveland. The Police, however, have been hesitant to draw comparisons of King’s death to the death of 12-year-old Tamir Rice. 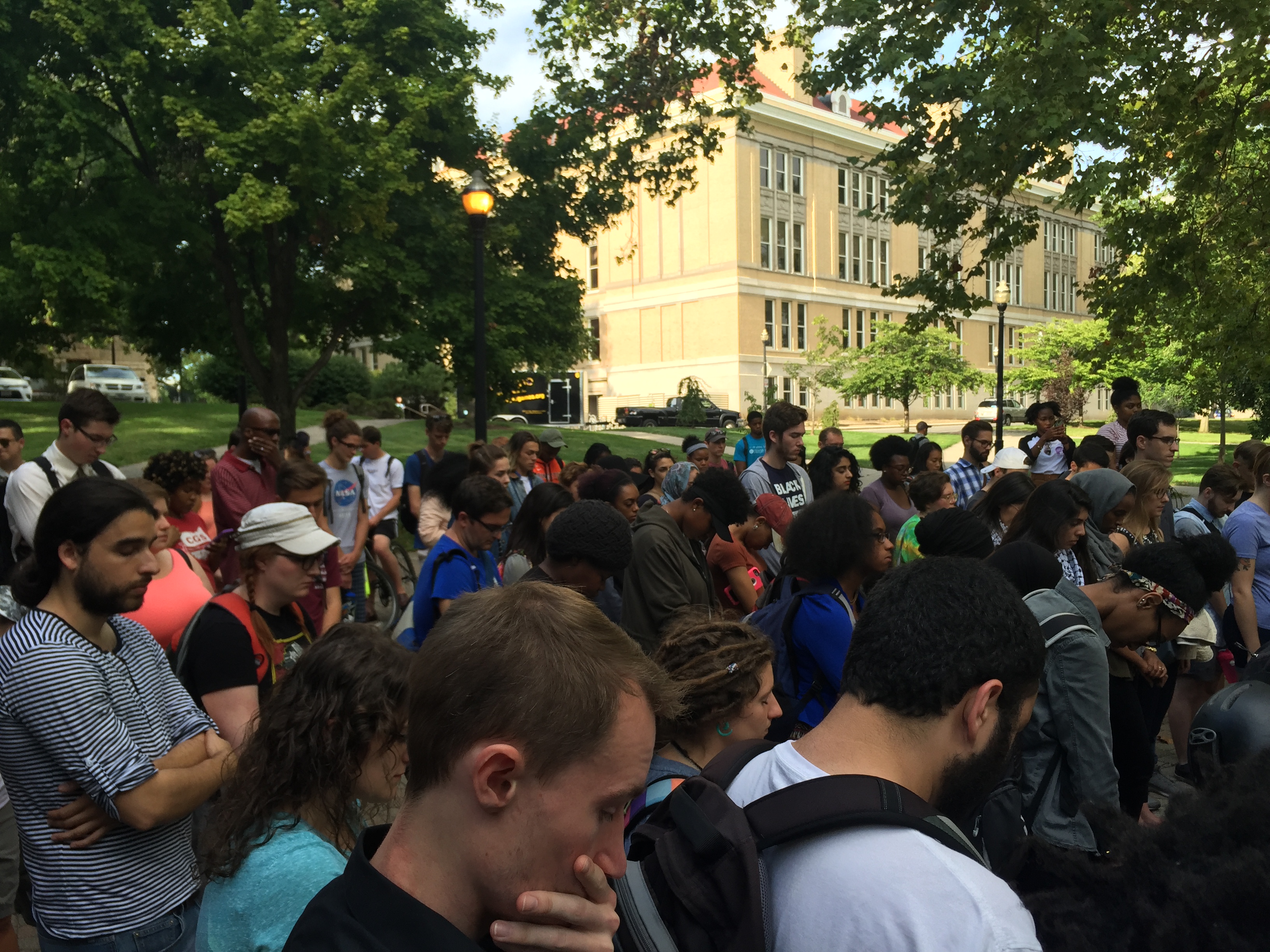 The OSU Coalition for Black Liberation pointed out that Columbus has one of the highest rates of officer-involved shootings in the entire nation. King’s death is the result of the thirteenth shooting this year. Additionally, King’s death is not the first. Two others have preceded it.

In the event description, the Coalition for Black Liberation explains, “cops cannot play judge, jury, and executioner.” Unfortunately, that was the case for King.

The vigil itself allowed for members of both King’s and OSU’s community to come together and make statements about King or police brutality. After members of the crowd shared their thoughts, a moment of silence was held to honor Tyre King.

As the vigil ended, the crowd sang. “We’re on the Freedom Side.” As the community came together in song, a passerby yelled to the crowd, “Maybe you shouldn’t pull a gun on the police!”

The situation did not escalate. He was asked to leave by a few attendees, who returned to respectfully protesting after the dissenter left.