Last year, Michael Rectenwald – now a full Liberal Studies Professor at NYU – revealed that he was the man behind the Twitter handle @antipcnyuprof, an account under which he has previously rallied against politically correct culture, safe spaces and trigger warnings.

Now teaching at NYU full-time, Rectenwald continues to use this twitter and yesterday used the account to go after his NYU colleague Michael Isaacson, who he claims is an "open Antifa member".

Should I tell this story in detail now? pic.twitter.com/Qo3dnaifct 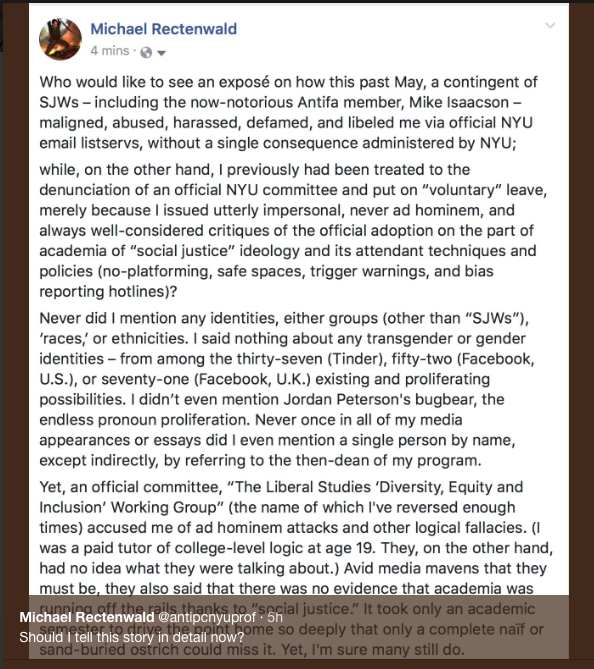 In the tweets issued yesterday afternoon, Rectenwald called out 'notorious Antifa member' Isaacson for coming after him in emails sent over the NYU list-serves, emails in which Isaacson reportedly called Rectenwald an asshole "four times in the space of four lines."

He also attacks the official Liberal Studies 'Diversity, Equity and Inclusion' committee for their attacks on him and points out his work as a paid college-level tutor (at aged only 19) as proof of his apparent superiority over said committee.