He doesn’t want to be called a ‘rapper’, he is a hip hop artist.

Kimmel’s Eisner & Lubin Auditorium was packed with NYU students on Friday evening in attendance of Joey Bada$$ (Jo-Vaugn Virginie Scott) first ever lecture. Titled “Pioneering Hip-Hop,” Joey discussed his journey in music and love for words. He started off the lecture by asserting that he does not want to be called a “rapper”, he is a hip hop artist. His love for words and poetry began in kindergarten, and according to his impressive “music-womb theory,” (which he thought of on the spot), he was destined to live a musical life. From forming a middle school duo “J Squared,” to his current musical collective and label “Pro Era,” Joey has maintained a love and talent for hip-hop with a message. 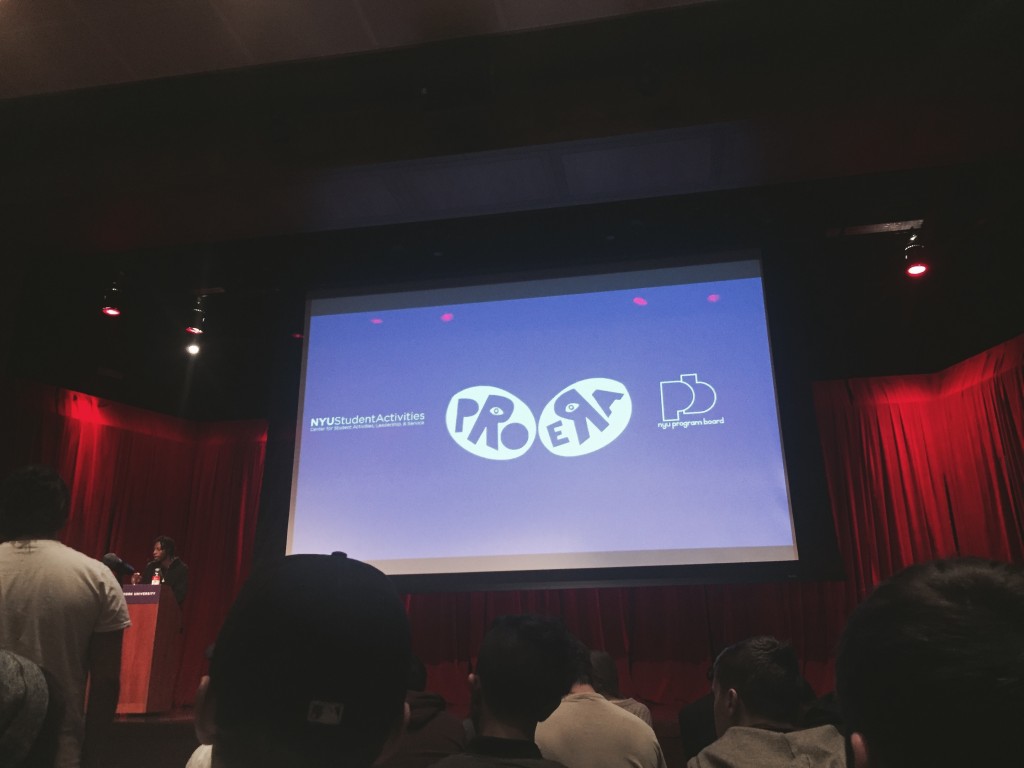 He shared his experience of establishing a following from such humble beginnings as YouTube videos with around 80 subscribers at age 15 — the now 21-year-old has over 336K subscribers. Stressing the value of being an independent artist versus being signed to a major label, Joey commented on the danger he sees in the influence of big hip-hop and rap artists singing about drug culture.

He used Future’s Thought it Was a Drought to exemplify how kids literally expect to “take a piss and see Codeine coming out,” sharing his worry that young kids growing up while listening to big rap and hip hop names can’t differentiate the music from the message. He plans to continue to grow as an artist and spread his message within the Pro Era movement.

About his experiences as a musician, Joey said that touring is very important (he loves his European venues, particularly London and Paris), performance is everything to him (he said that if he makes $20,000 on a performance, he’ll put in $15,000 of that to make sure that the fans leave thinking it was worth it), and that the greatest feeling in the world is stepping out on stage and seeing your fans rap his songs back to him. He is visibly incredibly devoted to his fans, saying “My words can inspire someone here today. I came because I just wanted to touch you all and connect.” The room fell silent once he said this. 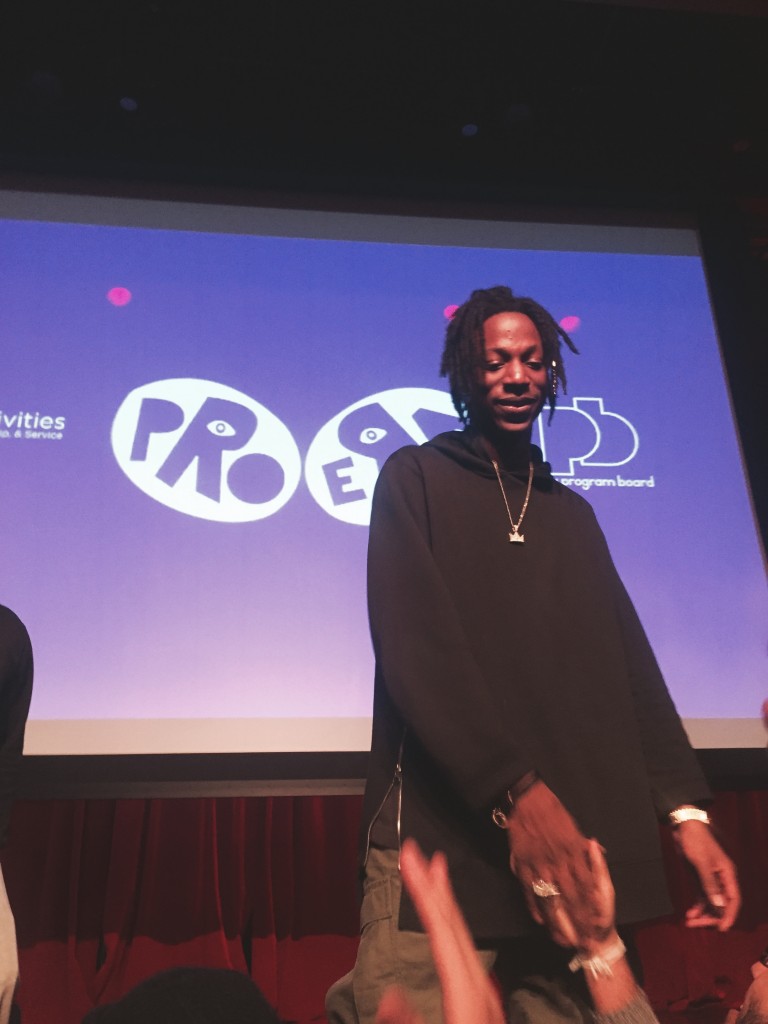 Joey told us that he started to see music follow him throughout his upbringing. Although he wanted to pursue acting and went to high school for acting, music couldn’t leave his life, and once he accepted his “fate,” it determined that music was what he was doing for the rest of his life–he just didn’t know how. He intrinsically knew that he “always wanted to be a musician and a hip hop artist.” He also revealed that he grew up the smartest and most gifted in his class and came from a place where the people did not like his idea of becoming a rapper, yet his “destiny” was music, so he followed it.

After starting a YouTube channel to release music and creating a viral video of himself that got on World Star Hip Hop, he received a direct message on Twitter from Jonny Shipes asking Joey to send him an email, Joey exclaimed to his mother, “This dude is official–they’re trying to sell me!”

Joey Bada$$ blessed the audience with a killer verse that he prepared specially for his visit to NYU, and ended with an informative and personal Q&A session. He definitely left his mark on NYU, and we were lucky enough to leave our mark on his Snapchat. Watch here: