‘I’m not welcome here’: Meet the astrophysicist who won’t be coming to Michigan because of Trump’s immigration ban

Azi Fattahi was offered a postdoctoral research fellowship at Michigan.

Over the past week, thousands have reacted to President Trump’s immigration ban, which suspended resettlement to the US for four months in seven Muslim-majority countries and indefinitely in Syria. The executive order was so abrupt that people were detained in airports, and students who had gone abroad to visit family have been unable to return to the US.

Those who support the ban say that it keeps Americans safe, as tighter vetting is placed on those who may be more likely to commit acts of terror on US soil. Others point out that no terrorist attacks have been committed by anyone from these countries in over forty years. Either way, the ban has had far reaching effects both in the US and globally, as the refugee crisis has become a contentious issue in European politics.

Closer to home, astrophysicist Azi Fattahi, a native of Iran who’s spent the last few years getting her PhD at University of Victoria in British Colombia, says that because of the ban, she no longer has the opportunity to attend Michigan as a postdoctoral research fellow. Fattahi was also shortlisted for positions at UC Davis and MIT.

“Before this kind of thing I would have liked to come to the US and do research. I would’ve preferred to come back to North America. But I think in the current situation, I’m not welcome here. We’re not welcome,” Fattahi told the Tab. ” After the ban, I’m going to have to decline the offer.” 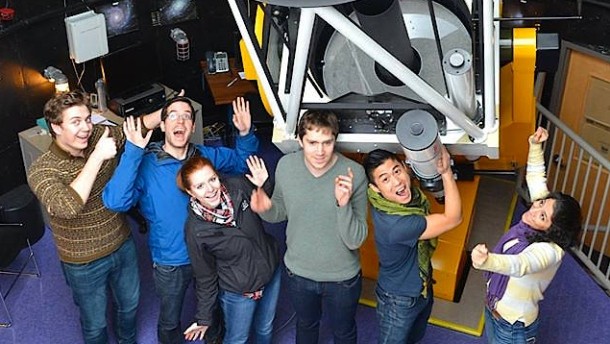 Fattahi, who before the ban had a travel visa to visit the US, was also forced to cancel talks at UC Berkley and Ohio State.

“My feeling [on hearing about the executive order] was that it was very disrespectful,” Fattahi said. “I definitely felt that it was a kind of discrimination. I understand that you want to protect the people, but the way that it’s being done just doesn’t make any sense. Just stopping everyone from entering the US—it’s not like you could just walk in before the ban started. I had to go to interviews.”

The scientist will be taking her talents to one of the many universities in Europe that have offered her positions, but says she’s saddened that she’s lost her opportunity to contribute to the US.

“There are a lot of well-educated people who were going to come to the United States, but they’re not anymore,” said Fattahi. “I think it’s unfortunate for the science community, and for American society, as well, that they’re losing many of these people who are actually willing to be a part of the community and contribute. We are people that care about giving to the community and care about being involved in the operations of the state and trying to be someone helpful for the United States.”