Mopeds are allowed to park at bike racks once more

Spartans rejoice! Associated Students of Michigan State University announced earlier last week via their Facebook page that they will be reversing their moped policy for the 2017-2018 school year after receiving backlash from students. 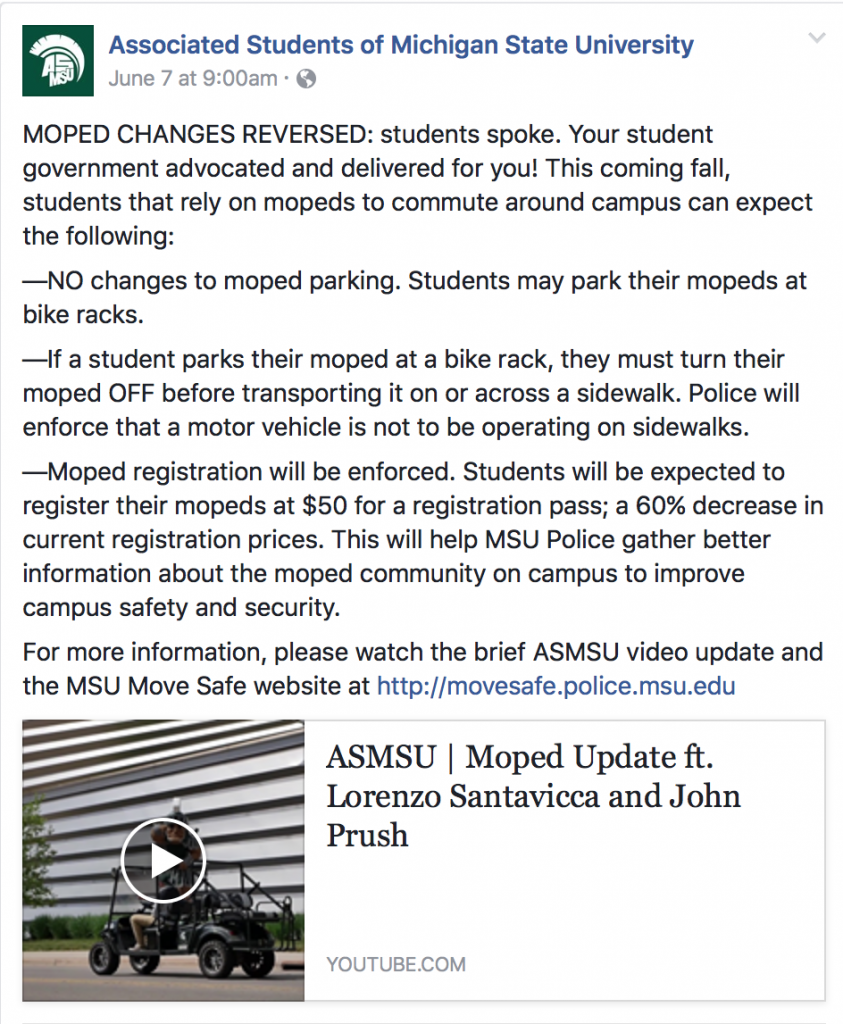 Much of the backlash stemming from the fact that mopeds are quicker than a bike, without having to suffer looking for a park that you get with a car. The new policy they were planning on said that those riding mopeds would have to find parks around campus, same as cars, because they were prohibited at bike racks, which would inconvenience many students. With the reversal, however, students are still allowed to park at bike racks for the upcoming school year, exception being that their mopeds must be turned off before they reach the sidewalks.

Mopeds do have to be registered on campus with a $50 registration fee, which MSU PD says they will heavily enforce. You can hear more about the changes to the moped policy from the ASMSU president himself, Lorenzo Santavicca: