How MSU wants to ruin mopeds for us all, and what you can do to fight back

Spartans, now is the time to get pissed.

MSUPD has announced that, starting in the 2017 fall semester, students will no longer be allowed to park their mopeds next to bike racks. 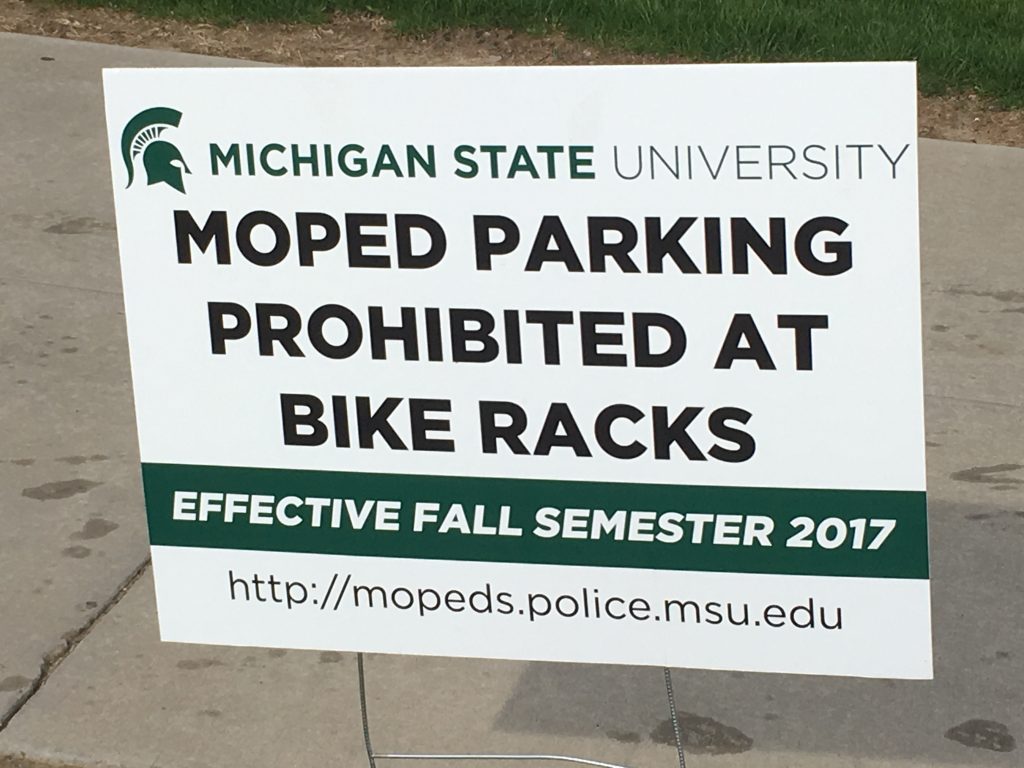 What you need to know

Now, it’s worth noting that the changes were apparently “recommended to the MSU Police Department by the All University Traffic and Transportation Committee,” so we probably shouldn’t blame the police for all of this.

It’s also worth noting that having to register your moped for a fee is nothing new – although in reality, you’ll only pay the same if you park in the designated areas. Otherwise, that $25 violation fee for each time you park by the bike racks will add up quickly. 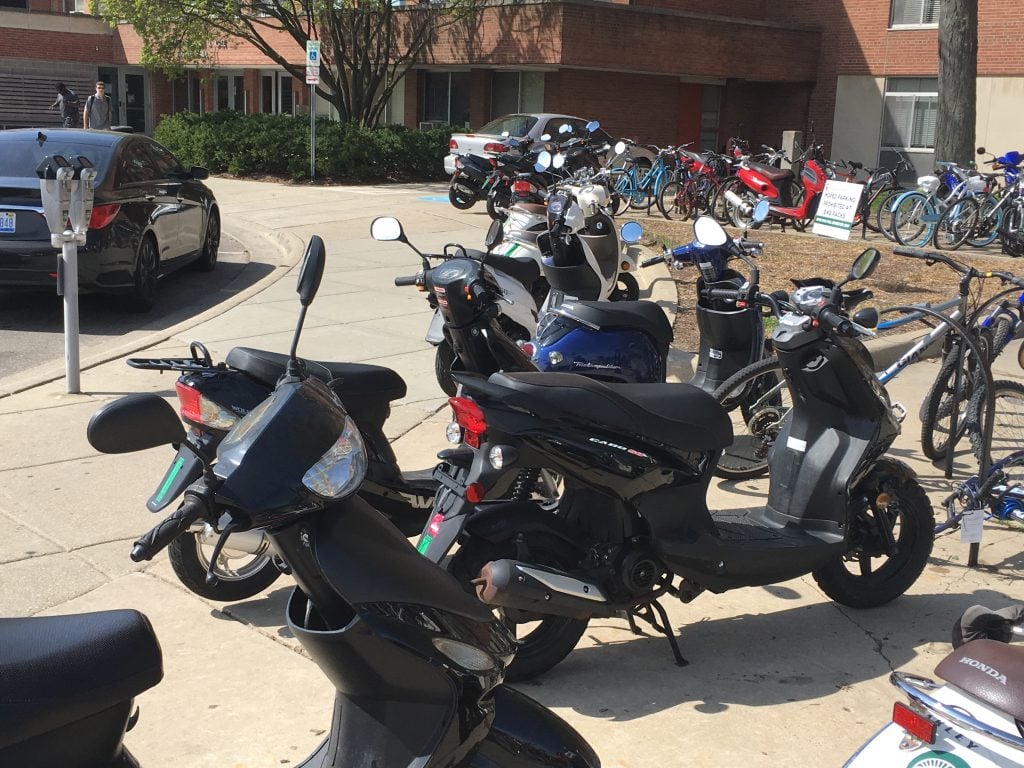 Why this is an issue

You may be thinking: “What’s the big deal? Is it really that much of an issue to park in the lots?”

The answer is a resounding yes.

First of all, the entire point of riding a moped is that it’s faster than a bike, and you can ride it year-round. It’s also infinitely better than riding the bus and having to adhere to CATA’s schedule, and much more convenient than a car since you don’t have to search desperately for a parking spot before walking the remaining distance to your class.

Having to find a parking spot for your moped and then walk to class would make it overall slower than a bike, and no better than a car.

Second of all, the MSU Police were taking some liberties when they said that the parking areas would be “conveniently located throughout the campus.” In reality, the locations of the spaces leave plenty to be desired: 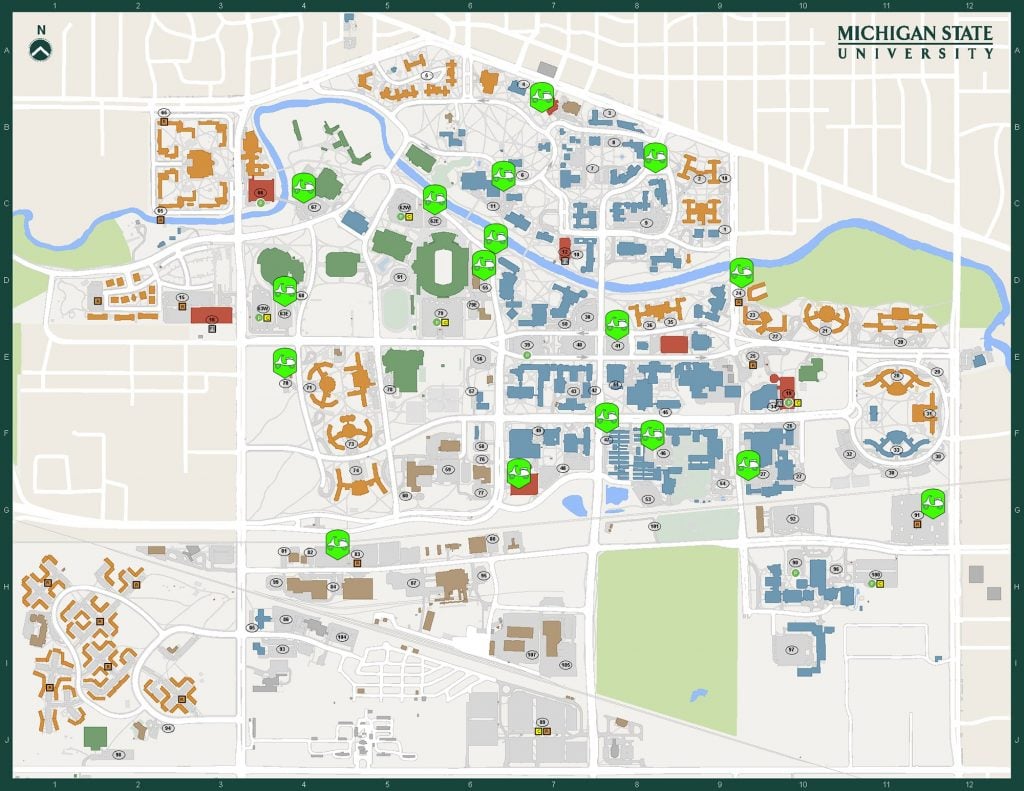 Finally, it should go without saying that the largest campus in America should offer a half-decent way to get around said campus. The bus service is neither reliable nor free (although it should be both), and parking spots for cars are nearly nonexistent. Taking away the convenience of mopeds legitimately calls into question whether or not attending such a large school is worth it.

How Spartans can fight back

While this may seem very official, it’s hardly set in stone. There is still time for the MSU administration to hear the people’s outrage and change its tune.

In order for that to happen, though, we must make ourselves be heard. 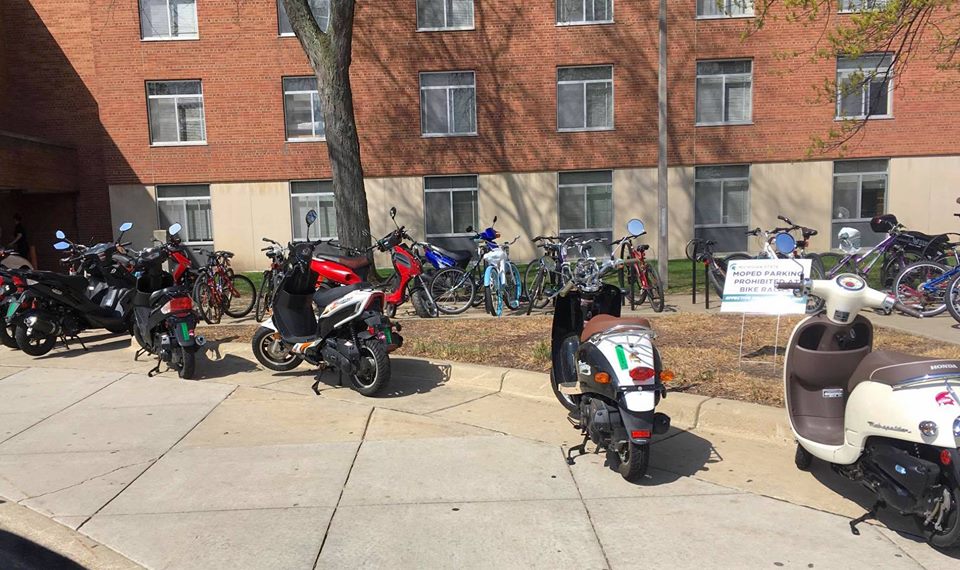 First – sign this petition. At the time of publishing, the petition had already accumulated over 3,000 signatures despite being started just this morning.

Next – call (517) 355-8440. This is the number for the MSU parking office. Calling can definitely be a stressful thing for some people, but don’t worry, just follow these easy steps:

1.) Call the number. 2.) Dial the number zero when prompted. 3.) Ask who you could talk to regarding the change in moped parking. 4.) Ask why the changes were made and voice your displeasure with the change, as well as the number and location of the designated moped lots. As angry as you may be, stay calm and be polite throughout the entire call. It’s not their fault – they are just doing their job.

Finally – attend the next meeting for the All University Traffic and Transportation Committee. The AUTTC next meet tomorrow, Thursday, April 27 at 3pm. This will likely be your last opportunity to voice your displeasure in person and make an impact.

If we can convince the school that enough people are angry and willing to work toward a better solution, they’ll have no choice but to listen to us. All it takes is a little work.