On the night of October 28, aka the first day of “Halloweekend,” MSU student Angel Treviño posted a Facebook status about his confrontation with a group of students who were wearing racially insensitive costumes. 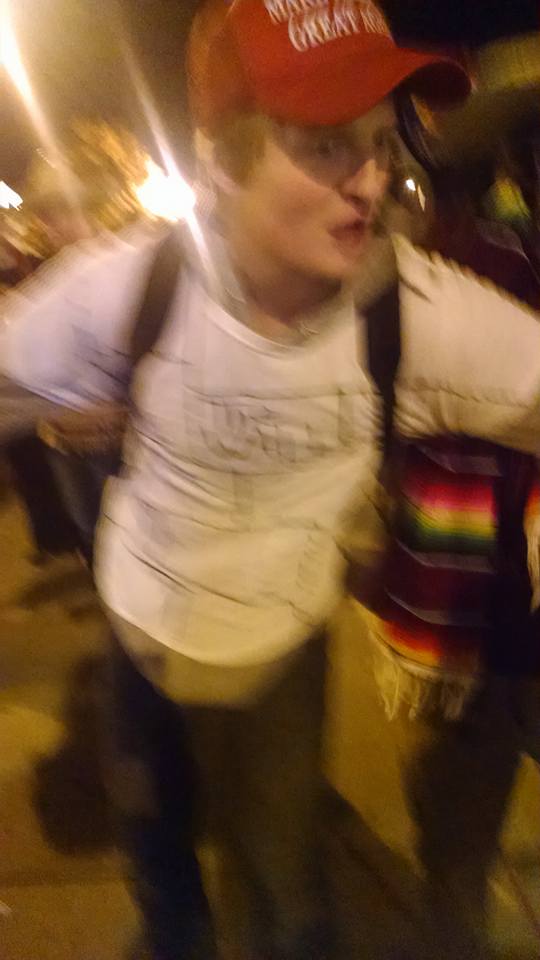 The group comprised of white males dressed in stereotypical Mexican clothing and “Make America Great Again” hats. One person in the group was wearing a shirt with “The Wall” written on it. 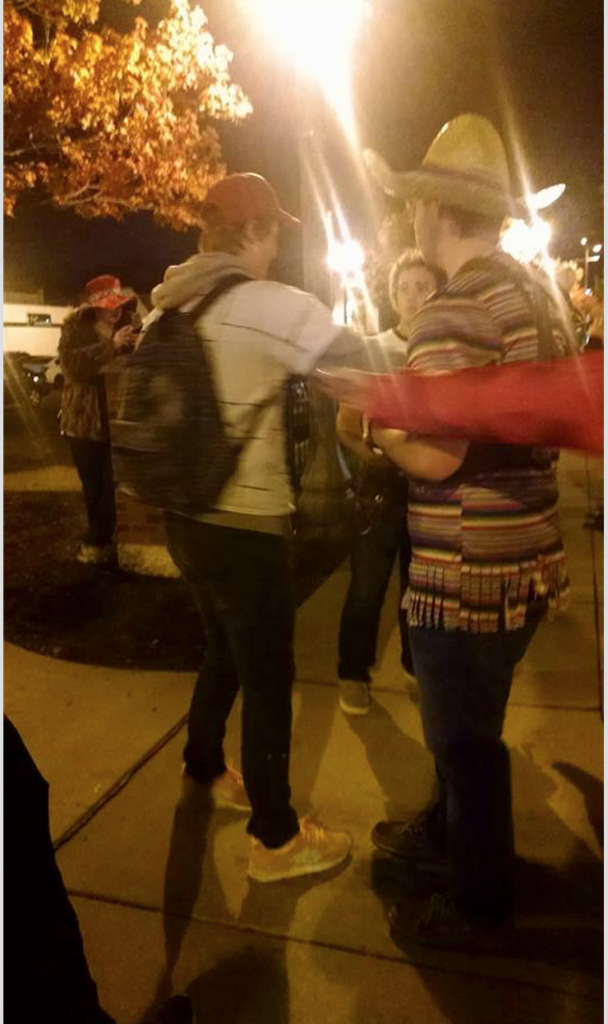 Angel’s post began with: “As a proud Spartan and student who is proud of my Mexican American heritage I am both saddened, and I guess not really surprised at the experience I had just moments ago.”

According to the post, these students were stopping others randomly and asking them if they were of Mexican descent. Their intention behind the question seemed to be threatening, although Trevino was lucky enough to not figure out what they had in mind for a “yes” answer. 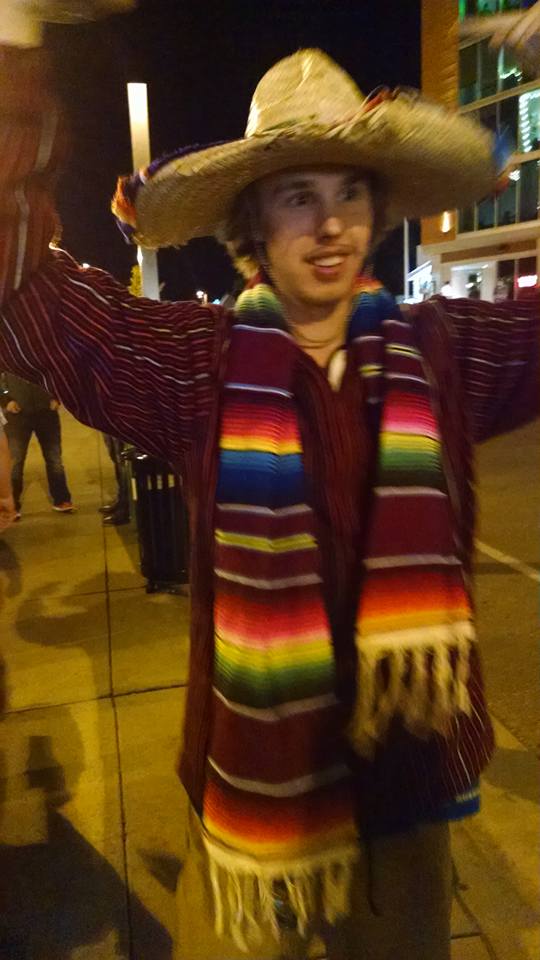 When confronted by Trevino and friends, the costumed students allegedly defended their actions by saying it was only a joke and it was okay because “all Mexicans are drunks [anyways].” By Trevino’s account, the students were blunt and straightforward with their insults toward the Mexican students, and refused to see the wrong in their costumes or actions. 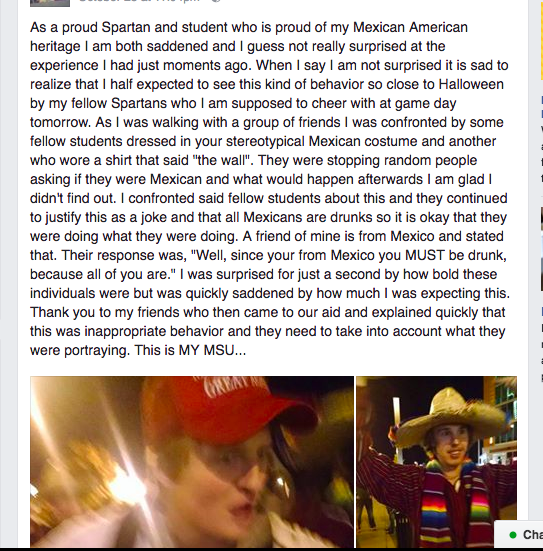 Trevino’s post has garnered lots of attention and plenty of comments since being posted. Many people commented in support of Trevino’s actions against the discrimination, and some even recounted their own experiences of similar incidents on campus that night.

One comment read: “Sounds like I wasn’t the only one who encountered a Trump supporter last night…”

Other commenters, however, insisted that this isn’t a large issue and Trevino and friends are overreacting to the apparent racism they faced. Some were even surprised by how deeply offended other commenters were over the issue.

This follows on the heels of another racially-charged incident, in which an MSU freshman has come under fire for her racially-insensitive Instagram post making fun of Dow football team’s black female placekicker. Closely following this incident was an email announcement from MSU President Lou Anna K. Simon about student actions during the upcoming football game and Halloween events.

Students and alumni alike are concerned with this string of racism and discrimination being reported on campus. It brings into question just how well-enforced and effective Michigan State’s inclusive values are.

As more students find out about Trump Jr.’s impending visit to Michigan State, which will be the first Trump event on campus this election season, the more talk there is about protesting the event. After Halloween weekend, some students – especially students of Latinx or African American descent – may feel even more inclined to protest at the rally.

The protest planned for the event is asking for solidarity from all attending students for those who have faced discriminatory rhetoric from Donald Trump throughout his presidential campaign, which includes those of Latinx descent, African Americans, Muslims, the LBGTQ community, women and others. It will be a non-violent protest in which students are encouraged to flaunt their diversity.

For these students the protest couldn’t come at a better time, especially with the actions they’ve recently witnessed on campus. This non-violent protest is an opportunity for students like Trevino and friends to stand up to the outright discrimination they’ve faced, and it’s a way for the discrimination to be publicized and diversity to be celebrated. Plus, it will be one of the last political events of the year, considering actual voting takes place the next week – it is one of the last chances they have to stand up for themselves.