On Saturday June 9th, the 34th Street Wall was defaced after volunteers painted a mural entitled “Seeds of Resistance: Best Planted Together.” 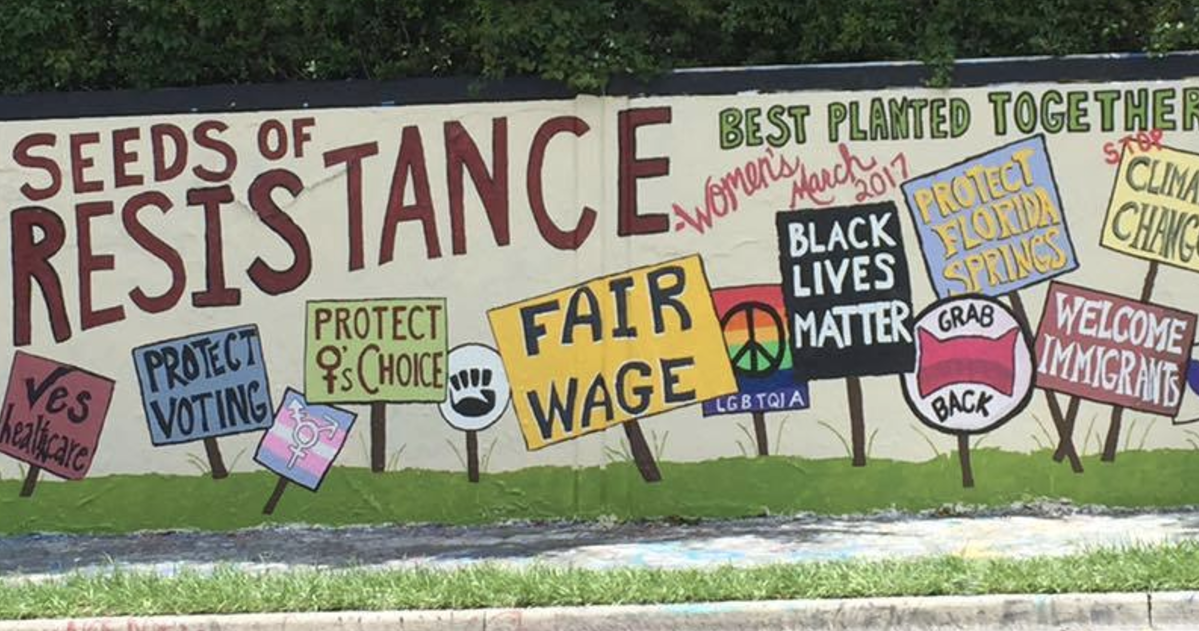 “To say I am disappointed in some people in Gainesville today is such an understatement. The Women’s March Florida – Gainesville/Ocala Chapter painted a mural of inclusivity yesterday… The messages of peace and wholeness, replaced by hate and ridicule. Seeds of Resistance.. now Seeds of Autism.. hurtful to people on the spectrum as well as the people who work so hard for change. I am so sad that it happened today while many of us were marching for Unity and Pride at the Gainesville Area Equality event.”

The post gained attention with over 1,500 shares and just short of 1,000 comments. The comments however, are primarily from men.

In the spirit of sisterhood and equality, the women of Gainesville displayed inclusivity, essentially sharing their regard for minorities of all sorts. Their pure effort and one woman’s post has yielded hateful comments and memes. 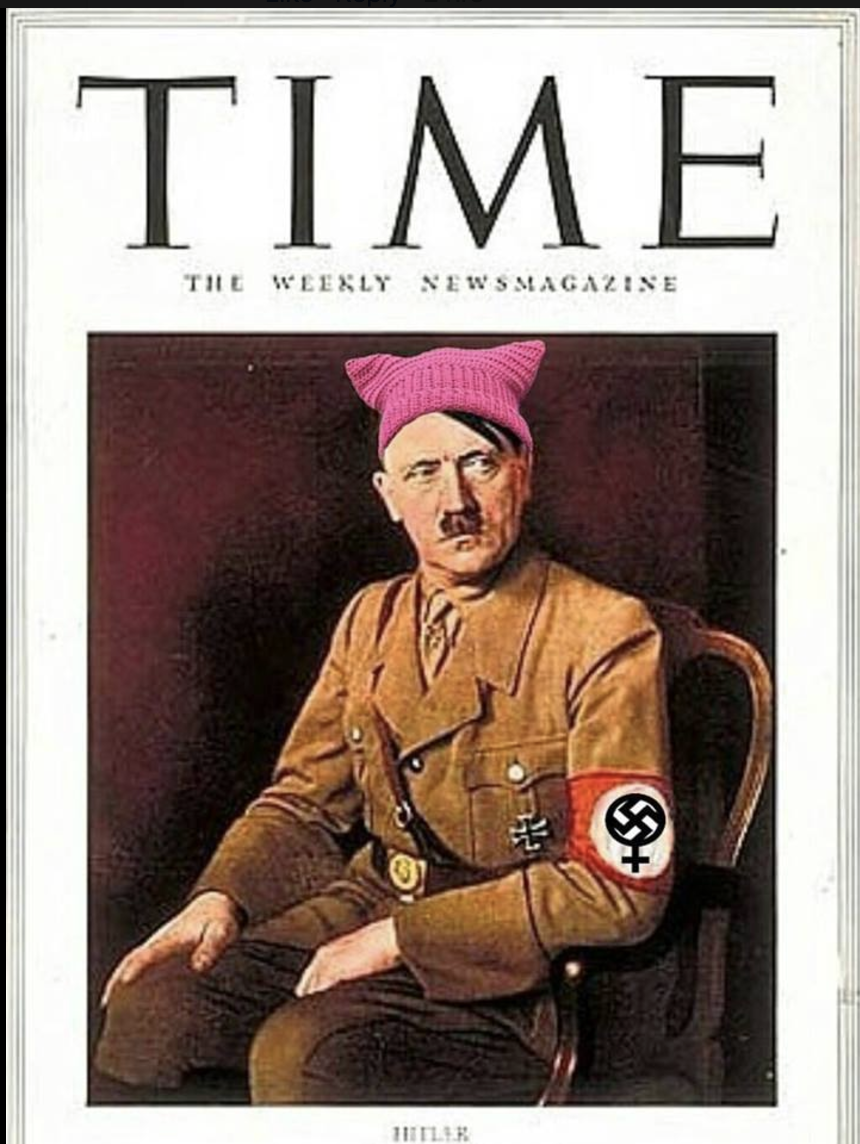 Comments ranged from memes of President Trump to comments like:

“I’d like to buy whoever did this a beer lol,”

“The greatest thing about this whole situation is the comments in here… it proves free speech is making a comeback and you libtards cannot stop it. Muahahahahaha!!!!!!!!!!”

“You got a little graffiti? It’s so horrible compared to the riots BLM held, the destruction mass immigration can cause, the attacks on healthy families made by feminism, and the list goes on.”

Online, the comments were empty, insulting, and clearly uninformed. The name-calling, against a group of women who spray-painted a word garden, echoes President Trump. It’s the men commenting against “Seeds of Resistance” that used memes of President Trump.

Male commenters  disproportionately claimed responsibility for the inequality they want to see in this country. One meme reads, “Look son! An angry purple-haired woman dressed as a vagina is here to lecture us on human dignity,” ironically validating that the issues written on the wall (immigration, LGBTQ+ rights, BLM.) Also, the easy ‘jab’ at purple hair (which is an aesthetic/fashion choice) shows just how much these men want to assert their supposed masculinity. 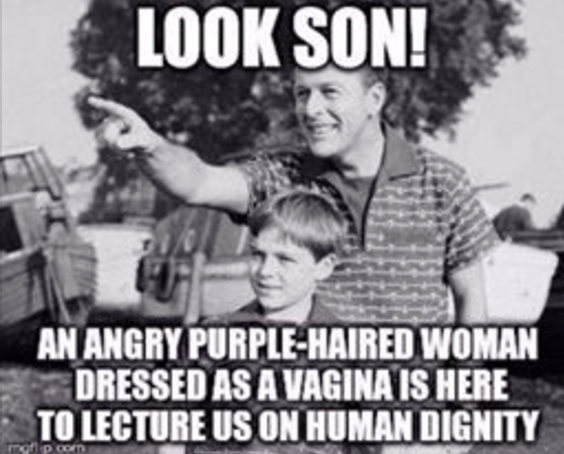 Commenters even went as far as posting memes of Hitler and a SpongeBob meme that says, “rev up those gas chambers.” 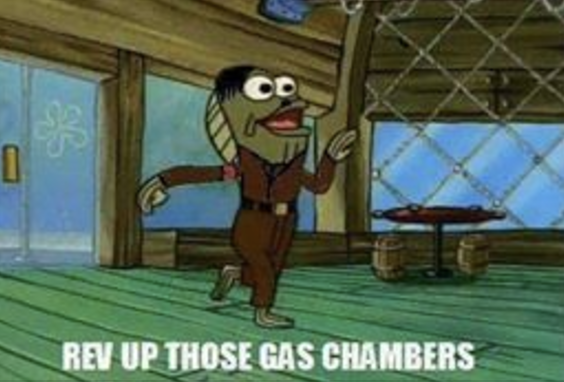 “Rev up those gas chambers,” is not a response to a women’s equality group. It is a response to every LGBTQ+, every black person, every person on the spectrum, every immigrant that was represented on that wall prior to its grotesque new look. And, to every person defending hateful comments, consider the fact that you’re in turn siding with those who are effectively saying that a group of women volunteers (and those who agree with their stances) deserve to be shoved into ovens.

This is hate toward all, but most poignantly, hate toward women and their/our effort to make a difference and display solidarity. The male response rate to this post is evidence that the notion of women having a voice is terrifying, but demonstrates just how much power women hold in a world run by men.