He is currently charged with soliciting a minor for sex

Operation Resilient, a five-day undercover operation, led to the arrest of 15 men in Florida who attempted to meet up with minors for sex, and are facing charges for doing so. Three of the men were students from the University of Florida. Two were Masters students, and one was a junior in Innovation Academy.

Quinton Marcus Reddick, the computer science junior, was arrested at the Kangaroo Express on Southwest 34th Street on March 17. Supposedly, he was not trying to have sex with the 14-year-old with whom he had exchanged texts with over the past few days from March 15 to March 17– rather he was only trying to talk to him.

Following conversations with male students at the University of Florida, we can reveal details of how Reddick behaved towards them.

The Tab spoke to a handful of members of the student body who had some encounters with Reddick. He first tried to get male students to message him and would then try to meet with them in person. He persistently messaged them, called them, and even asked for pictures. In one particular case, this harassment escalated into something physical, with Reddick making unwarranted sexual advances. 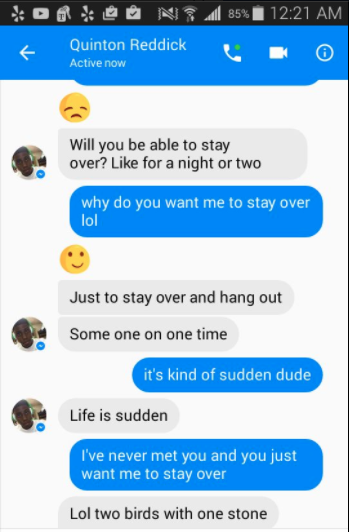 Reddick’s intentions were clear to Martin

The pattern behind Reddick’s behavior

Adding and messaging fellow members of the UF Facebook pages, continuously messaging them through various forms of social media from Facebook to Snapchat to Instagram and strange appearances that could not have possibly been coincidental, as well as asking to meet up and hang out were all part of Reddick’s behavior. A striking trend in Reddick’s harassment was his inclination towards Asian men. The earliest account of Quinton Reddick’s harassment is from August 2014, and the most recent account is from just months ago.

Zachariah was an SG senator who said, “I’m pretty open with accepting requests with enough mutual friends due to the nature of my work.” He eventually realized that Reddick was simply “a dude trying to hang out or get lunch”, and realized that the messages seemed suspiciously uncomfortable.

“It was an odd experience. I’m happy to chat to be polite and all, but for people I haven’t met in person, I don’t tend to meet up with them. I gave him the cold shoulder and he stopped trying to chat months ago. To see this come up now is a bit unnerving. I’m glad I acted the way I did, and I’m really glad I was too busy to hang out with him.” 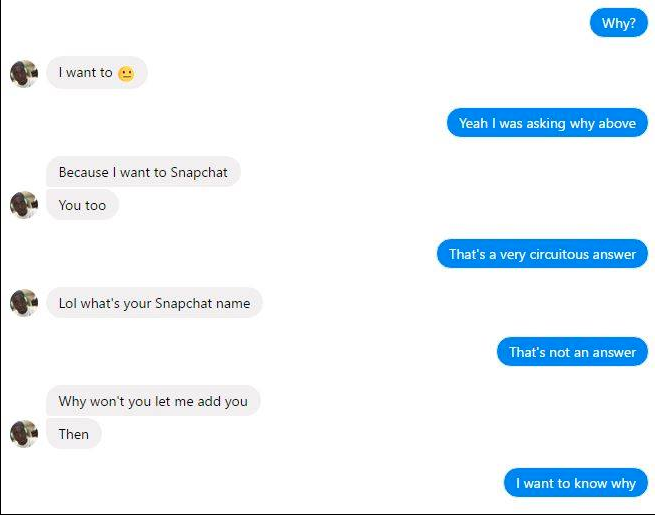 Reddick and John got to know each other in class. Reddick then added his classmate on Facebook and began the barrage of messages. John was only trying to be friendly by responding to Reddick’s messages politely, but eventually it went further. Reddick got his number and began texting and calling him incessantly. At one point eight missed calls became accepted as a normal notification to appear on John’s phone screen. Reddick became attached and kept messaging him, moving on to meeting up as “friends,” but Reddick always showed alarming displays of wanting more. He was in John’s house when he first started making him truly uncomfortable. John clearly withdrew from each advance and told Reddick to leave as politely as possible, but the message still wasn’t clear. John tried terminating the friendship; however, Reddick continued to message and call even after he had been blocked. John dreaded being on campus and the possibility of running into him and the ever-present notifications from Reddick.

“I have a sixth sense that tells me when someone has a bad vibe surrounding him/her — In this case I had a bad feeling about Quinton right from the start so I never met up with him. A lot of people know me from the mental health advocacy I do by sharing my mental health experience (depression, anxiety, suicide, etc.) so Quinton saw one of the posts I made and reached out to me. I felt like he was trying to manipulate me and coerce me with his friendship. He literally would not stop messaging me.”

Reddick continued to bother Peter with Snapchat and Instagram messages, and even had a stalker-ish experience that seemed too impossible to be true: “One time I said on snapchat that I was hungry and was going to Relish for burgers with a friend of mine and he was there too??? I was in line and he came up from behind me like ? ? ? Coincidence??” 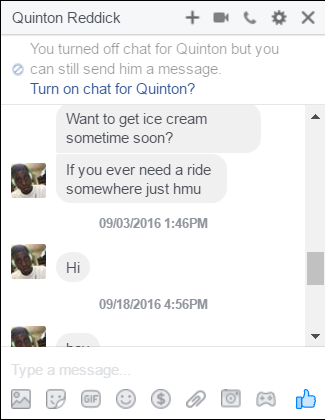 Peter continued to ignore the offers from Reddick 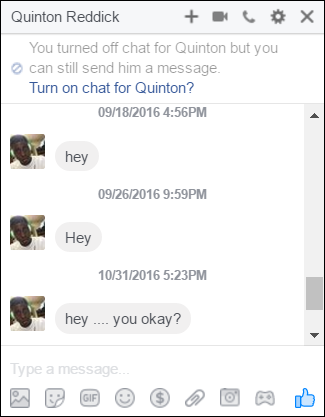 The last messages from the Facebook chat, but not the end of Reddick messaging him through other apps

Reddick began messaging Kevin, initially apologizing for bothering him. Kevin is one of the few men approached who were not of Asian descent, and has come forward with his experiences.

“I thought he was just an awkward guy trying his best to be friendly, so I was nice to him and straightforward if I ever felt uncomfortable.” 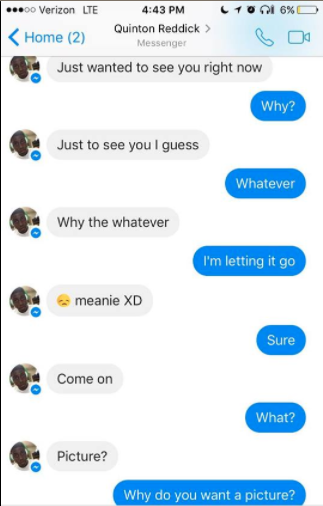 Reddick asking for a photo

Prior to these incidents, Reddick was known for constantly posting on UF groups on Facebook. All over the UF Facebook pages, he commented on various posts offering to support or help fellow students in some way, whether it was to sell an item, promote a philanthropic event, or offer advice. 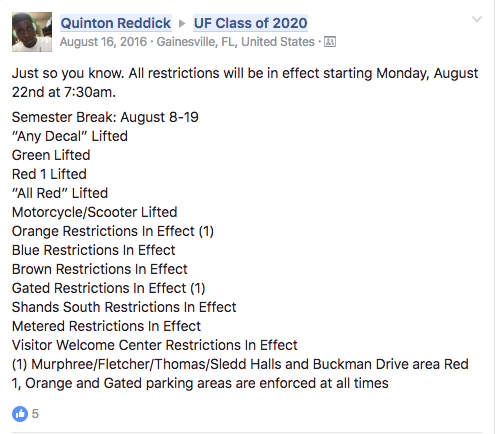 A warning regarding parking restrictions 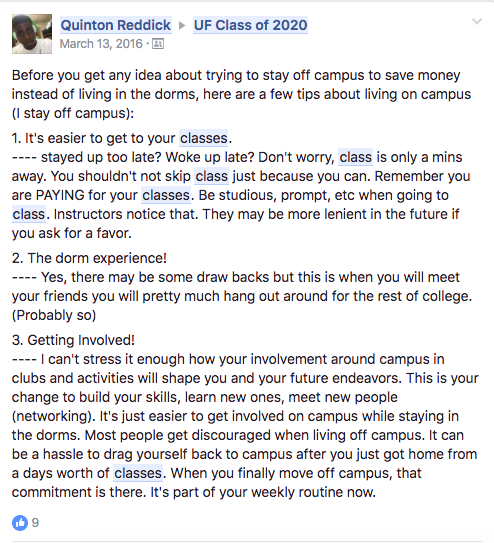 Some names have been changed to protect the privacy of individuals.