The Spring 2016 election at The University of Florida was  perhaps the most dramatic, frustrating, and built up election in UF’s history. With a budget surpassing $20 million dollars, Impact and Access both pledged to transform our school “For every Gator” (Access) and to “Move Gators forward” (Impact), but a wise man had a slightly different vision that’s “attainable by everyone…”

But here’s what we could really do: get Yeezy out of debt.

Kanye West proclaims himself to be the “greatest living artist.” His vanity and desire to spew literally all of his thoughts are most admirable and nauseating, and for some bizarre reason, when I saw his Go Fund Me, donating didn’t seem that crazy .

With student government, the politics were confusing, bureaucratic, and ultimately really extreme. We could’ve, respectively, resorted to something even more extreme; cover part of Kanye’s $53 million invested dollars.

The only person trying to control Kanye West is Kim Kardashian

We get it, you’re in debt

“Kanye West, prolific entertainer/fashion icon/celebrity/member of the Kardashian family needs our help!” is substantially more straightforward than a student government platform, and with Kanye West, we know EXACTLY where the money would go: Kim’s future anniversary present, fashion that isn’t fashionable, a graphic artist for yet another abstract album cover.

Also, his determination in acquiring investors is admirable to say the least -who else would demand a 1 billion dollar investment from Mark Zuckerberg? He literally said “Mark, I am publicly asking you for help…” which has the essence of all the SG posts on Facebook during campaigning. Weirdly, Kanye decided to tweet Zuckerberg rather than post about him on Facebook, which then led to Zuckerberg inadvertently dissing Kanye back. 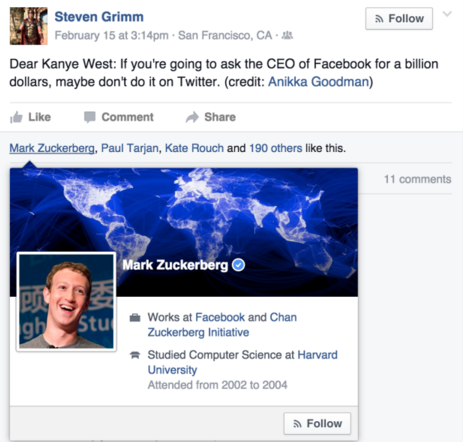 It’s kind of like this response to “Not my System.” 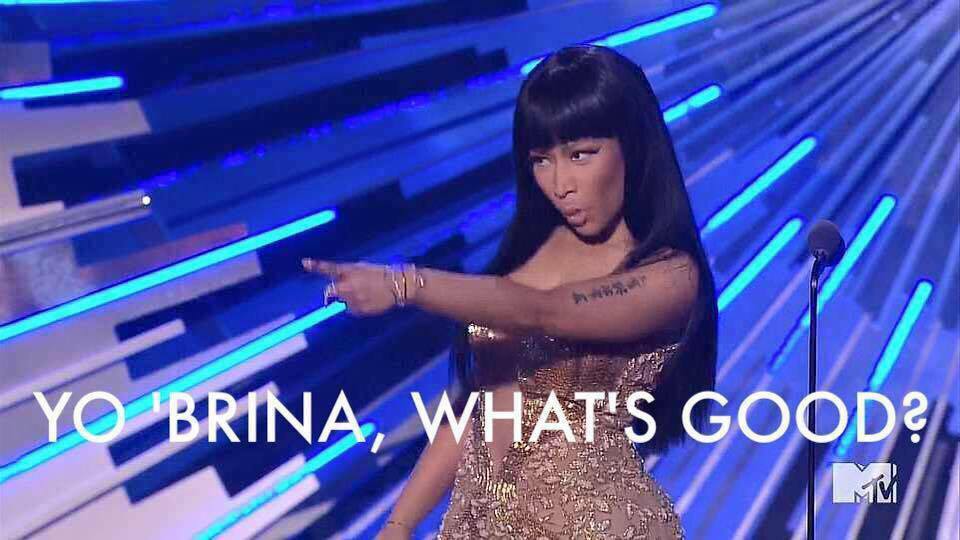 Kanye had a lot to say on diversity as well. Basically, he criticised the white structure, or system if you will, in the music world. His tweet is ironically similar to discourse regarding “the system” which some Access candidates referred to as “corruption” or “speaking behind closed doors”. They both have considerably interesting points.

This is ridiculously uncanny

There was one thing on the ballot that is considered a great victory: Online voting, which will likely change the dynamic of elections to come.

Also, Kanye West’s recent rants regarding teachers’ salaries and the cost of textbooks have legitimately struck a chord. Maybe this means he can help subsidize textbooks and tuition the same way SG vows to…

Although UF funding Yeezy is unlikely, as long his mind is off his debt, we can all be rest assured that he’ll provide us with legitimate 140 character entertainment during a 50 minute lecture hall.

Of course none of us can deny the exploitation of money in education, so hear him out. Remember promises regarding fee waivers, subsidies, and rejecting student salaries?

Watching this election season has been the UF version of scandal, but a lot of people would rather watch Keeping Up With the Kardashians, where Kanye can surely be found.

The only thing that compares to the dramatic “Not My System” video is Kim K’s sex tape, and we all know how Yeezy feels about that. Seriously, regardless of the truth/authenticity, how do people think they can get away with ‘statement videos’?

Kanye is truly the 8th wonder of the world, just remember the one person who’s actually been able to put him in his place…