‘I want to be the voice of our generation’

You’ve stalked her Insta, spotted her on Central, downloaded her app, and probably Yakked about her.

Everyone knows her – but actually who the fuck is  Serena Fucking Kerrigan?

The Tab sat down with the 21-year-old senior to shed a little light on her foul-mouthed persona. The English and Visual Media Studies double-major shared some details about the past, future, and present life of SFK.

So LFG to meet Duke’s very own It Girl. 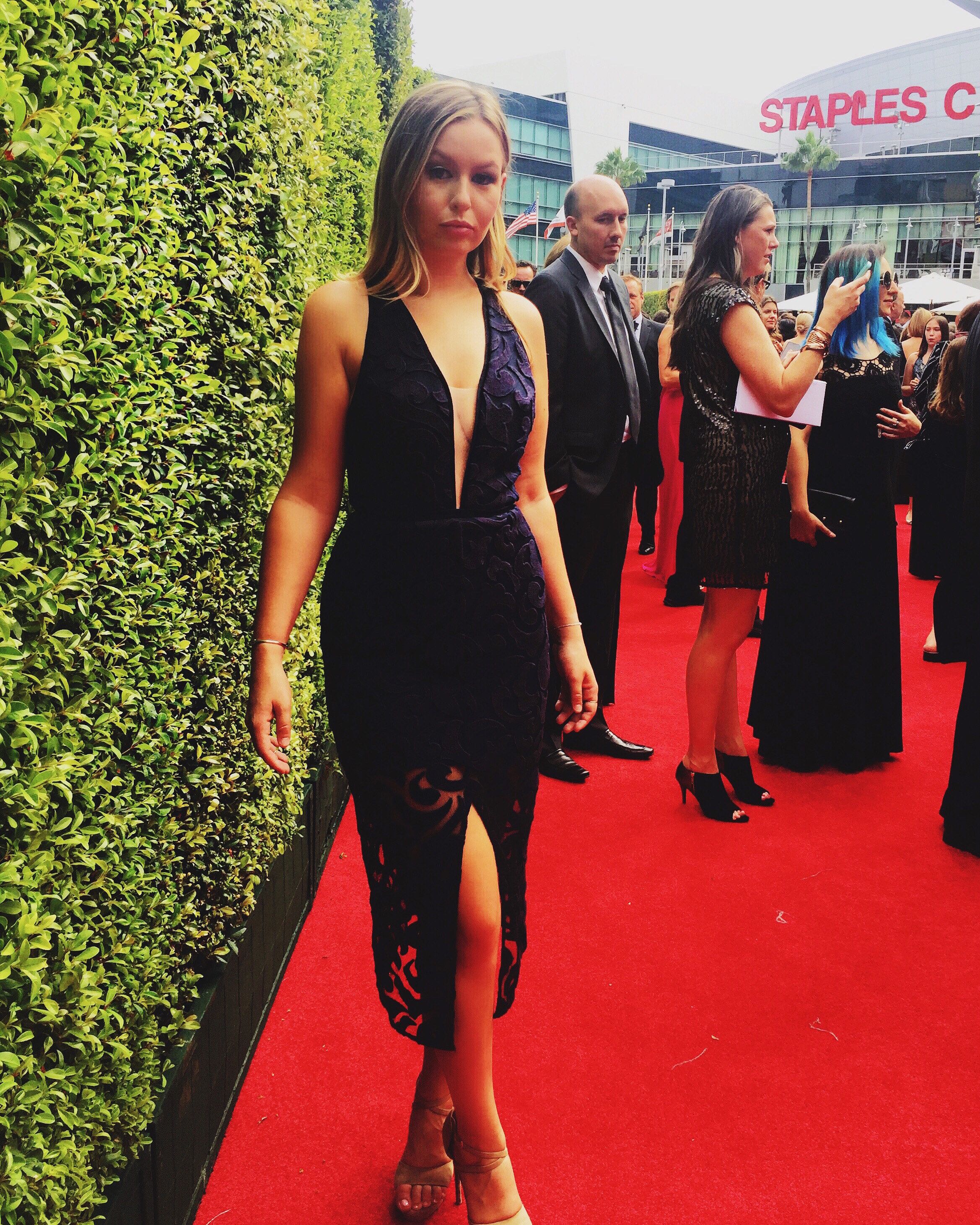 You are known around campus as Serena Fucking Kerrigan (or SFK). How did that happen?

I had already introduced myself as Serena Fucking Kerrigan in high school – when I was a senior I came up with it but it didn’t really stick. At Duke, I had this fresh slate and I figured it was a good way for people to instantly remember me.

I remember being told I wouldn’t get into a sorority because I came off “too strong” and boys wouldn’t like me because it was too much. And I didn’t really give a fuck and I’m doing pretty well now.

Were you ever worried that the hysteria around SFK would become negative?

I actually told people my parents let me change my middle name when I turned 18.

Once people got to know me, they were like “Oh, you’re not a total arrogant bitch.” It’s really a confidence thing. Have confidence, be yourself, be you, and if people don’t like you, then fuck them. 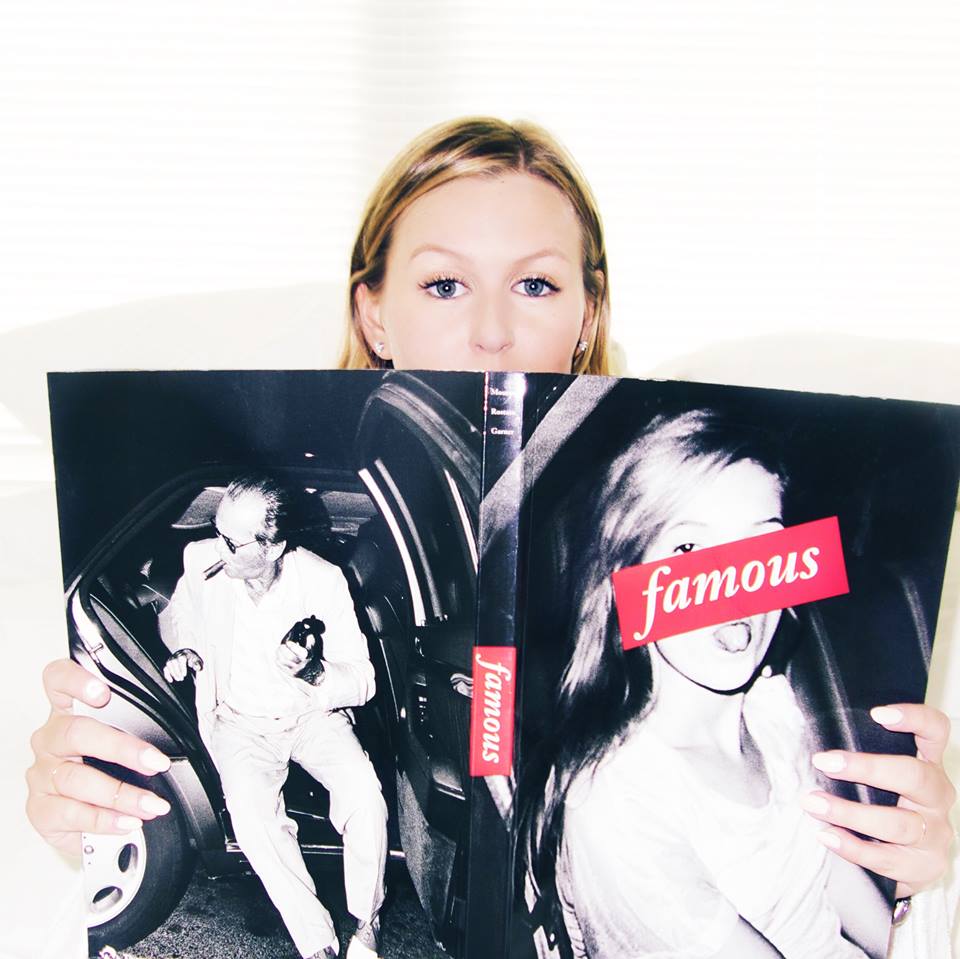 Absolutely not. My middle name is…I’m not going to reveal it.

Now that SFK is a thing and people know about you, how does that influence your life on a day-to-day basis?

It’s funny because this persona is something I love so much, but it definitely has gotten in the way. People have a perception of me that isn’t me. But it’s kind of like, ‘I don’t really care, someone is always going to have an idea of you’. Once they get to know me, they’ll really see who I am. 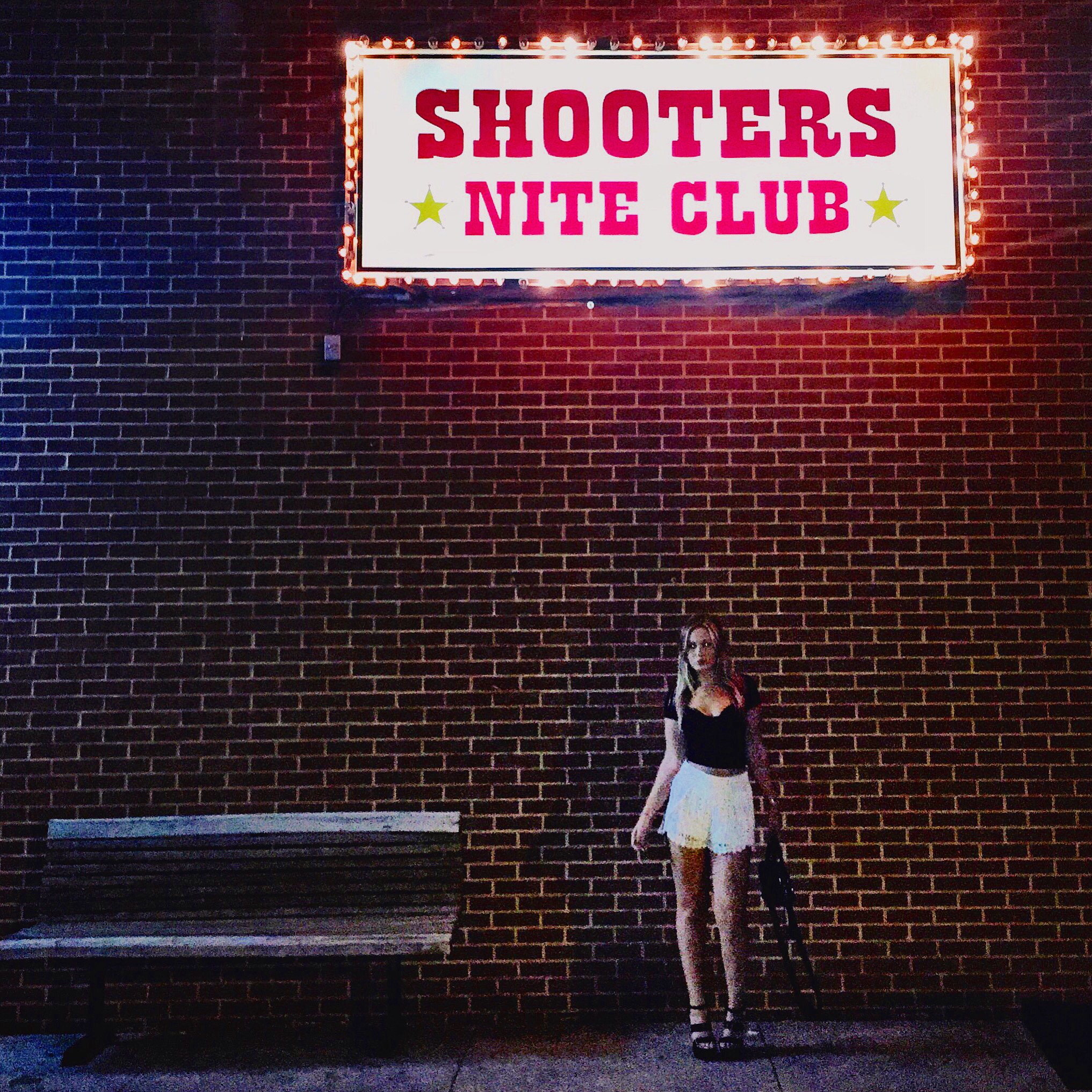 What is your relationship like with Kim Cates, the owner of Shooter?

It’s the most genuine friendship – we have a lot in common.

I really look up to her. She’s a woman, she’s a businesswoman, she kills it. We all are so dependent on Shooters – which was so obvious when people got mad at me for throwing a party and depriving them of a night at Shooters.

We can’t really talk about SFK without mentioning that birthday party. We all saw the Yik Yaks. How did it happen?

I decided I was going to rent out Shooters for my [21st] birthday and call it HBDSFKLFG. Happy Birthday Serena Fucking Kerrigan Let’s Fucking Go. And I had it everywhere: the event description, Instagram hashtags, the backdrop picture for people to take photos, the birthday cake at midnight – you name it.

I had an exclusive guest list on a Saturday, so people in the Duke community were super pissed. 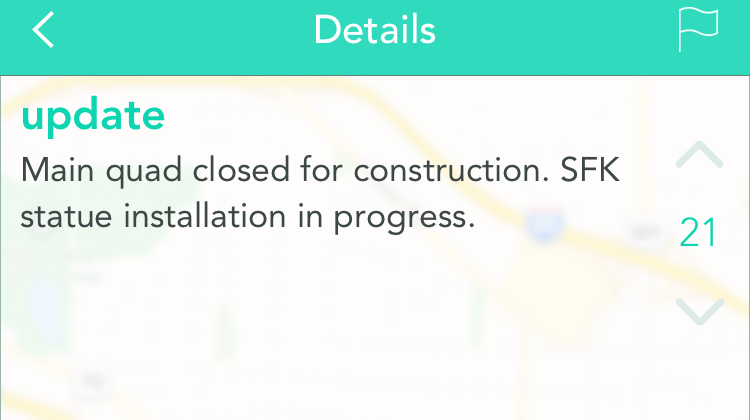 The event description was written in a very SFK-way, in a very stylized, comedic way. People who know me, know it’s a persona, but people who don’t – like the Duke community – freaked out because they were like “Who is this bitch?”

The best rumor was I was renting out Shooters for tens of thousands of dollars. I didn’t pay for anything. My parents helped pay for the open bar as a gift and that was it.

The second rumor was Drake was going to be there. Unfortunately that wasn’t true either. 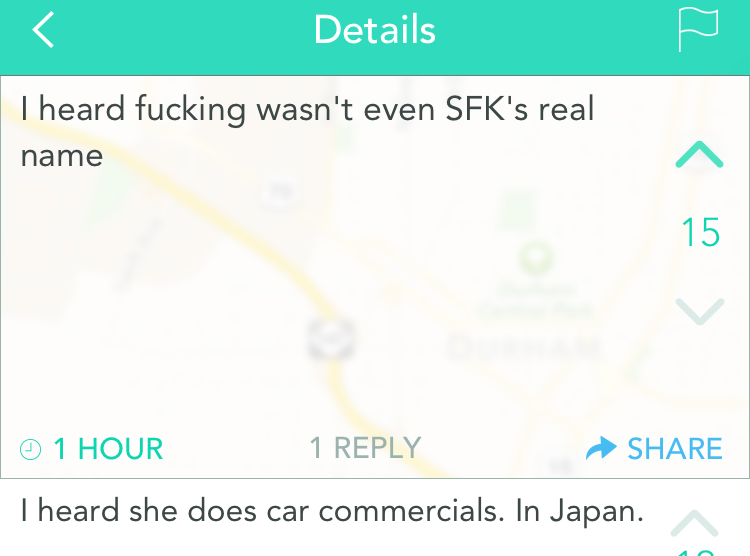 Duke students have been ordering the SFK shot at shooters all semester. What’s in it?

Pineapple Juice, 151 Rum and Malibu. It’s amazing – you can still order it. It’s a permanent shot at Shooters.

You helped launch Ego, a social media application, this past year. How was that experience?

It’s the perfect SFK app. “Ego – Home of the Selfie” directly confronts this whole idea that the millennial generation is obsessed with ourselves. On the app, a like is a “boost,” like an ego-boost. Get it?

The [creator] came up to me at Shooters and said, “You know how to market yourself. I want you to market my app.” I have never taken marketing classes or anything like that, so it was all intuition. Everyone loves selfies and that’s why I really believed in the app – the second it came out it was really hot.

I marketed it a shit ton. I got Justise Winslow to be in the video, he tweeted about it, I got us a piece on ABC News in North Carolina. I think it can blow up. A startup is a startup. You learn everything and it’s not the end, it’s just the beginning.

I love creating a brand, and I love myself as a brand. 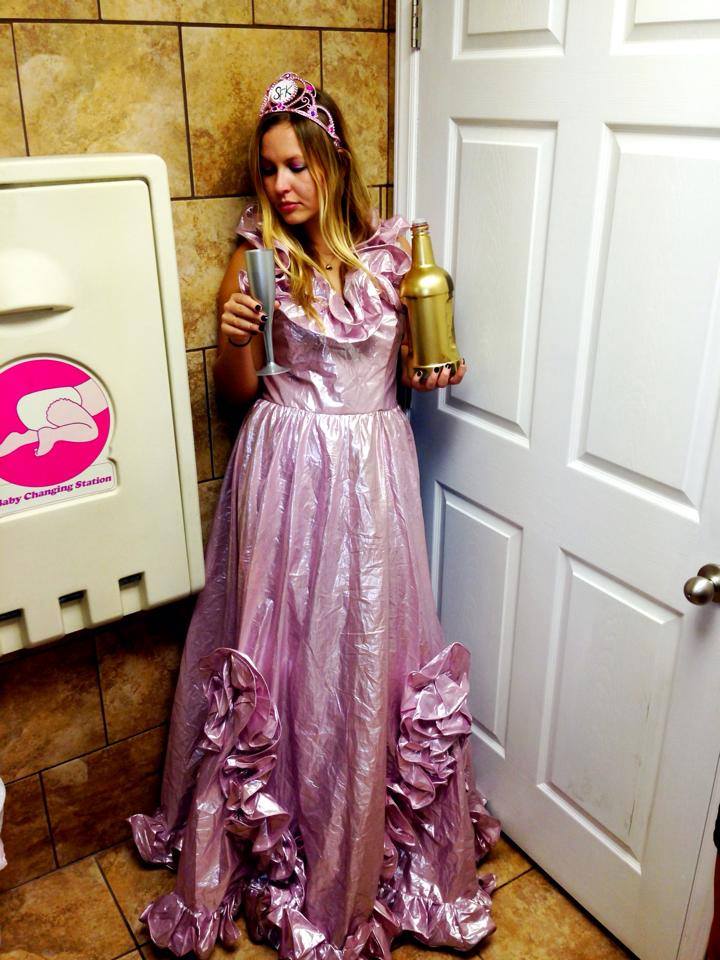 This past weekend you were at the Emmy’s. Were you comfortable rubbing shoulders with Hollywood elites?

I felt very at home. I’m studying Visual Media, and I held two internships this summer — one at Weinstein Company and the other at MTV2. That’s definitely where I’m headed after school, I want to move to Los Angeles.

What show would you write yourself into if you could? 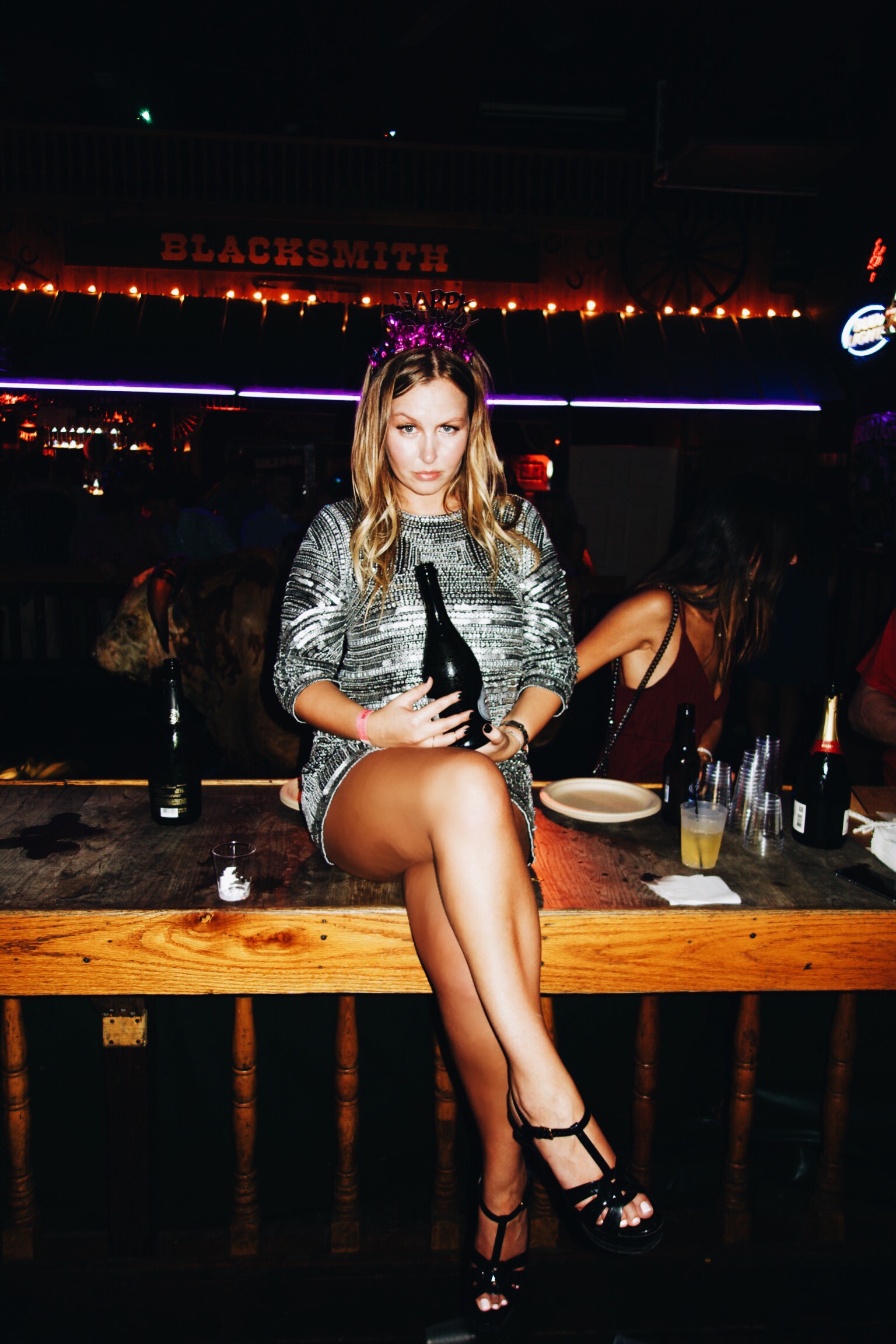 I think most people, when they think of SFK, think New York through and through. But it’s a little more complicated than that, isn’t it?

Yes – my mom is from Argentina and I’m fluent in Spanish. We go to Buenos Aires every year to visit my family who still all live there. My Latina identity is something that’s very important to me. I had a Quinceañera in high school. I am also Jewish, but chose to have the Quinceañera instead of the Bat Mitzvah. 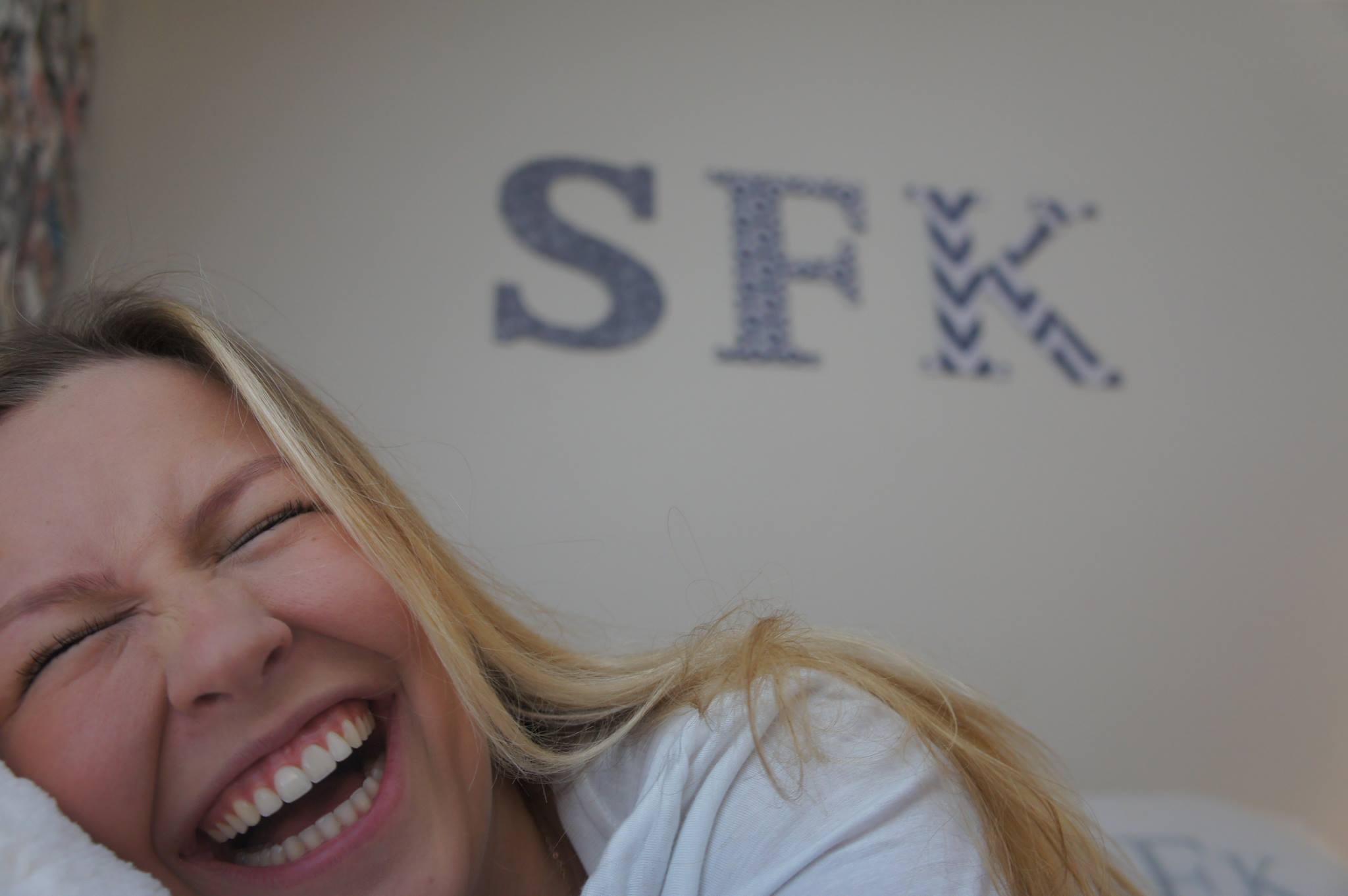 To what extent are you involved in your sorority these days?

Finally, is there anything else people need to know about SFK?

I was the voice of Alicia on the show Go, Diego, Go! on Nickelodeon, which was a spin-off of Dora the Explorer. Oh! And I am also an only child which is like ‘duh, of course I am’.

I just hope that I can make SFK into something that goes way beyond Duke. I think I’m onto something and there’s a reason why I’m the girl that people love to hate from afar. But love me or hate me, it’s still a fucking obsession.