I made John Podesta’s ‘creamy’ risotto, and I’m never going back

In the latest batch of Hillary Clinton-related email releases, Wikileaks exposed the messages of John Podesta, the Chairman of her 2016 campaign.

Arguably the most fascinating part of these emails, however, is Podesta’s correspondence with Merrill Lynch Financial Advisor, Peter Huffman, in which Podesta gives Huffman the secret to making “creamy” risotto. 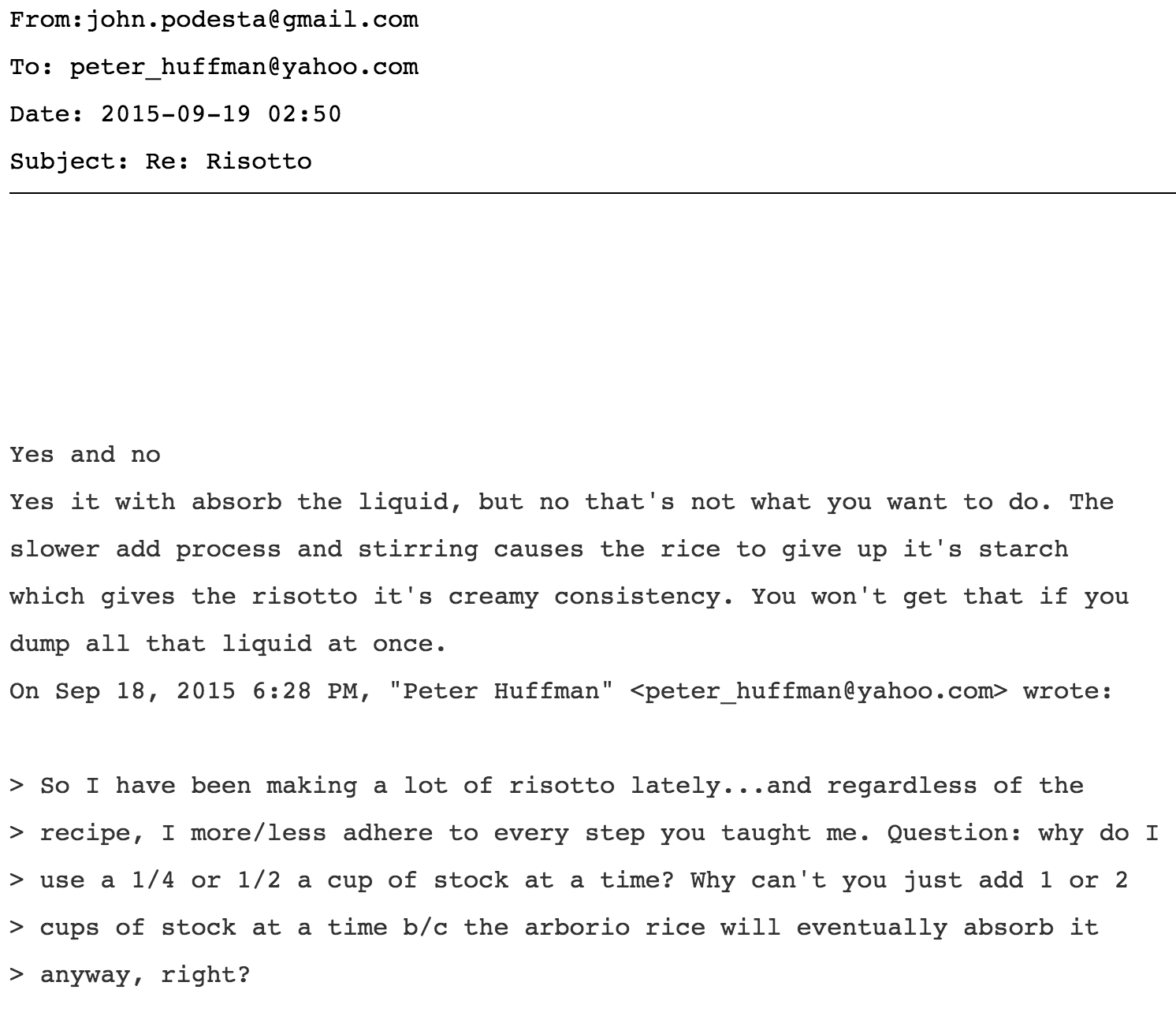 Similarly, in another email to Marguerite Thompson, it appears that Podesta, suggested a dinner menu of “risotto and peas.” 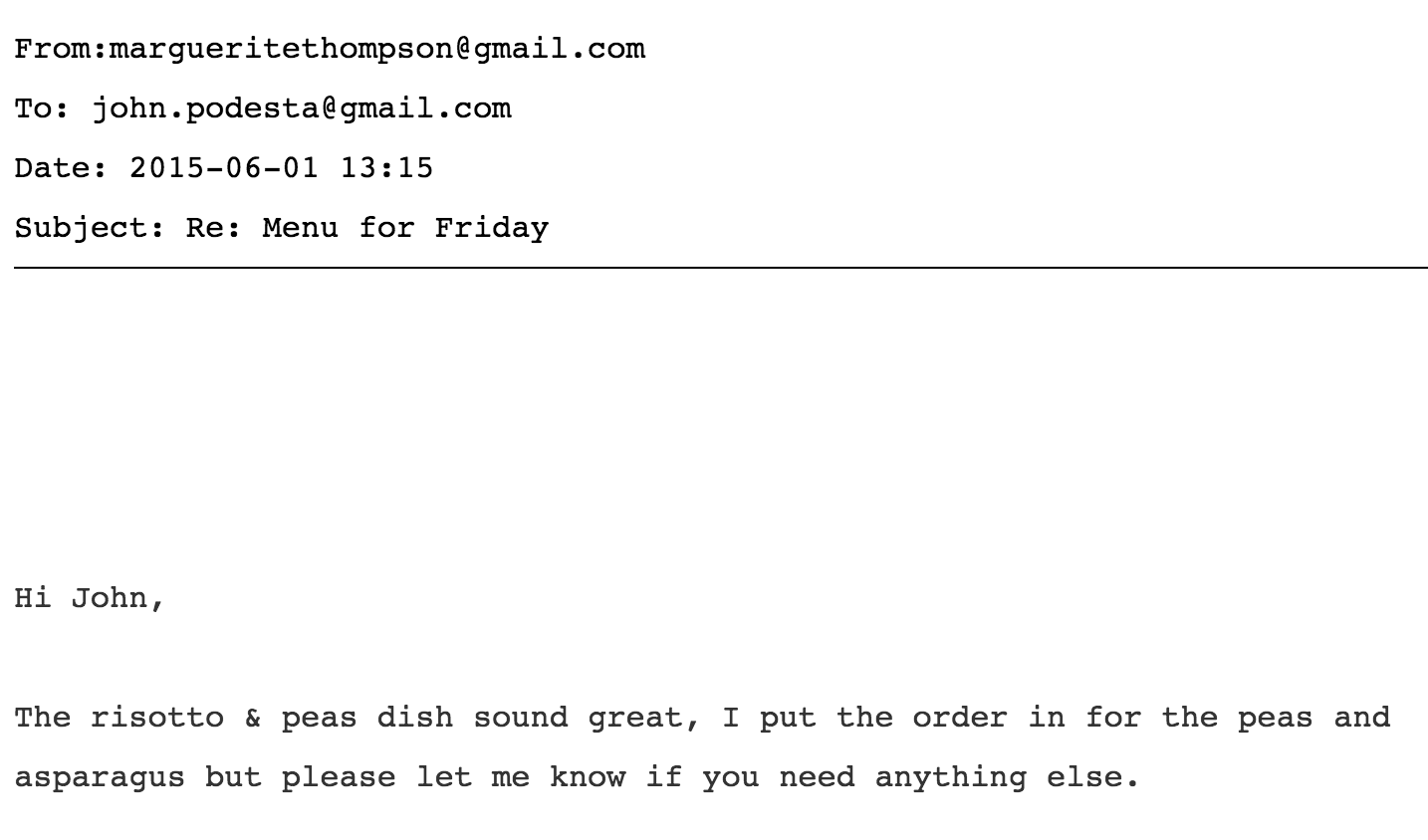 It only seemed natural, following the release of these emails, to attempt to make risotto and peas à la Podesta. I kept it simple: just chicken stock, arborio rice, and peas (and a little parmesan cheese, because what’s Italian cooking without parmesan?). 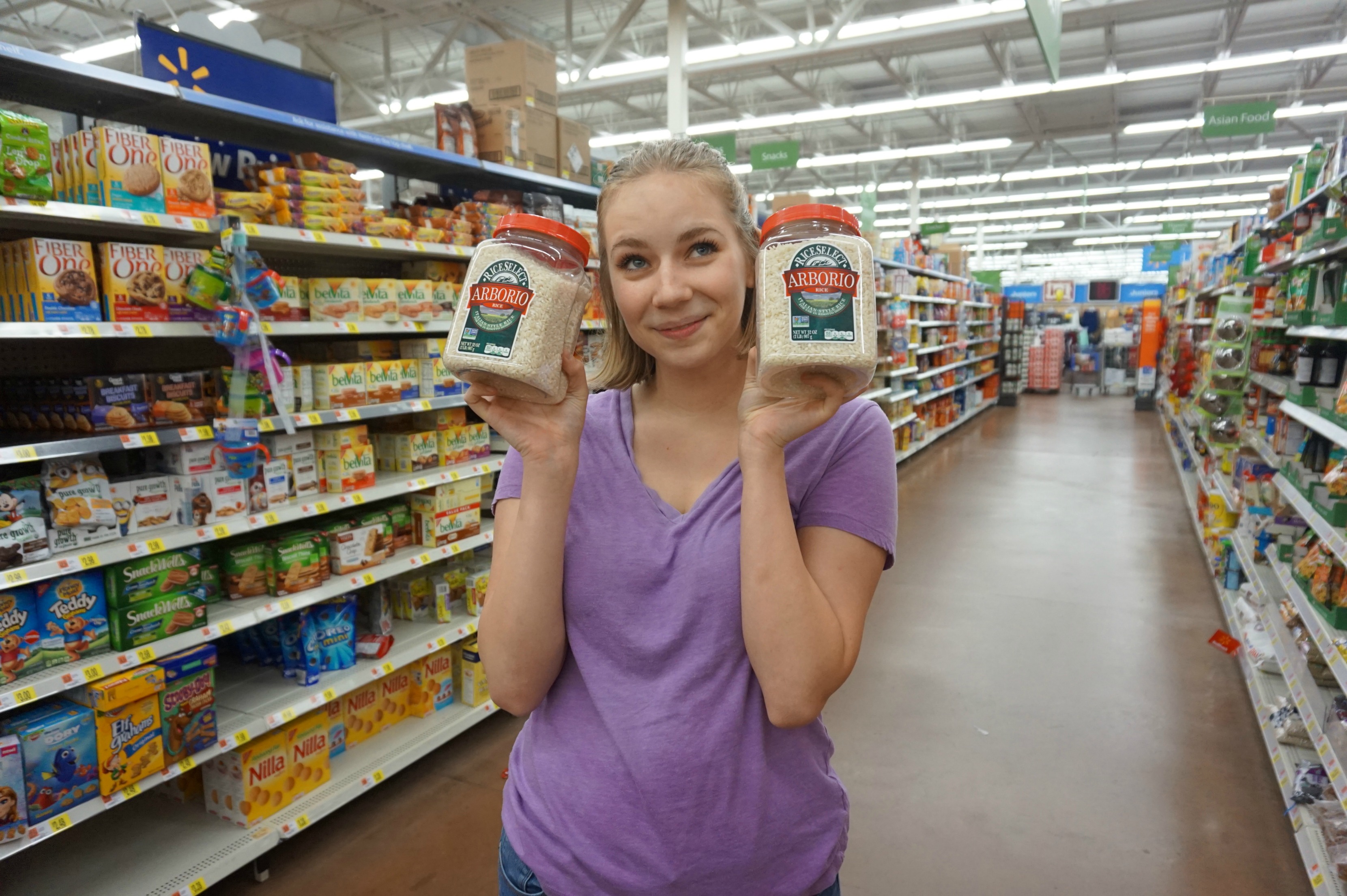 Cooking risotto seemed simple: continuously adding hot chicken stock to rice, until all the liquid was absorbed and the rice was “creamy.”  And as Podesta warned, the chicken stock was only added to the rice 1/4 to 1/2 cup at a time, while the rice was stirred slowly. 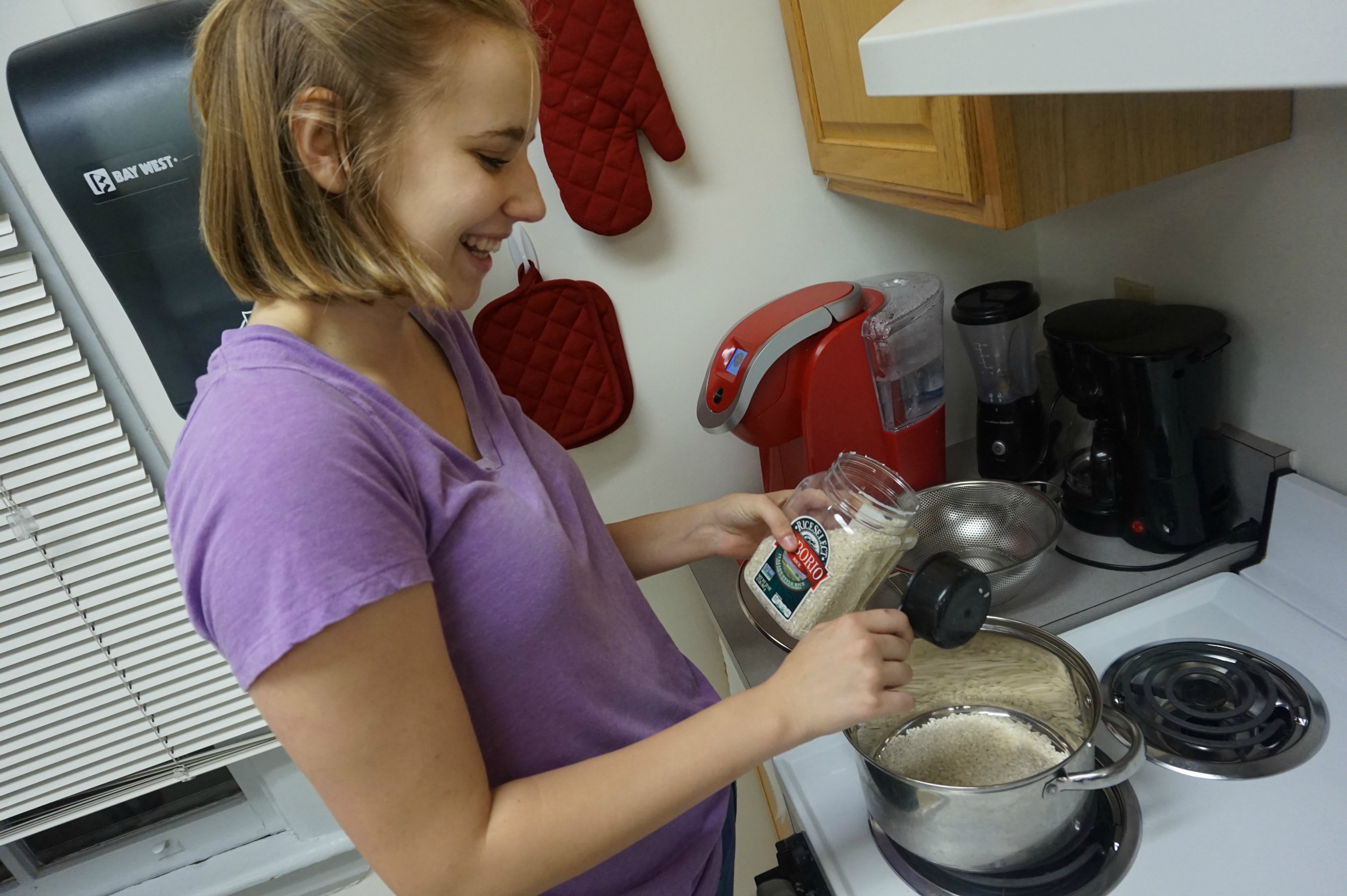 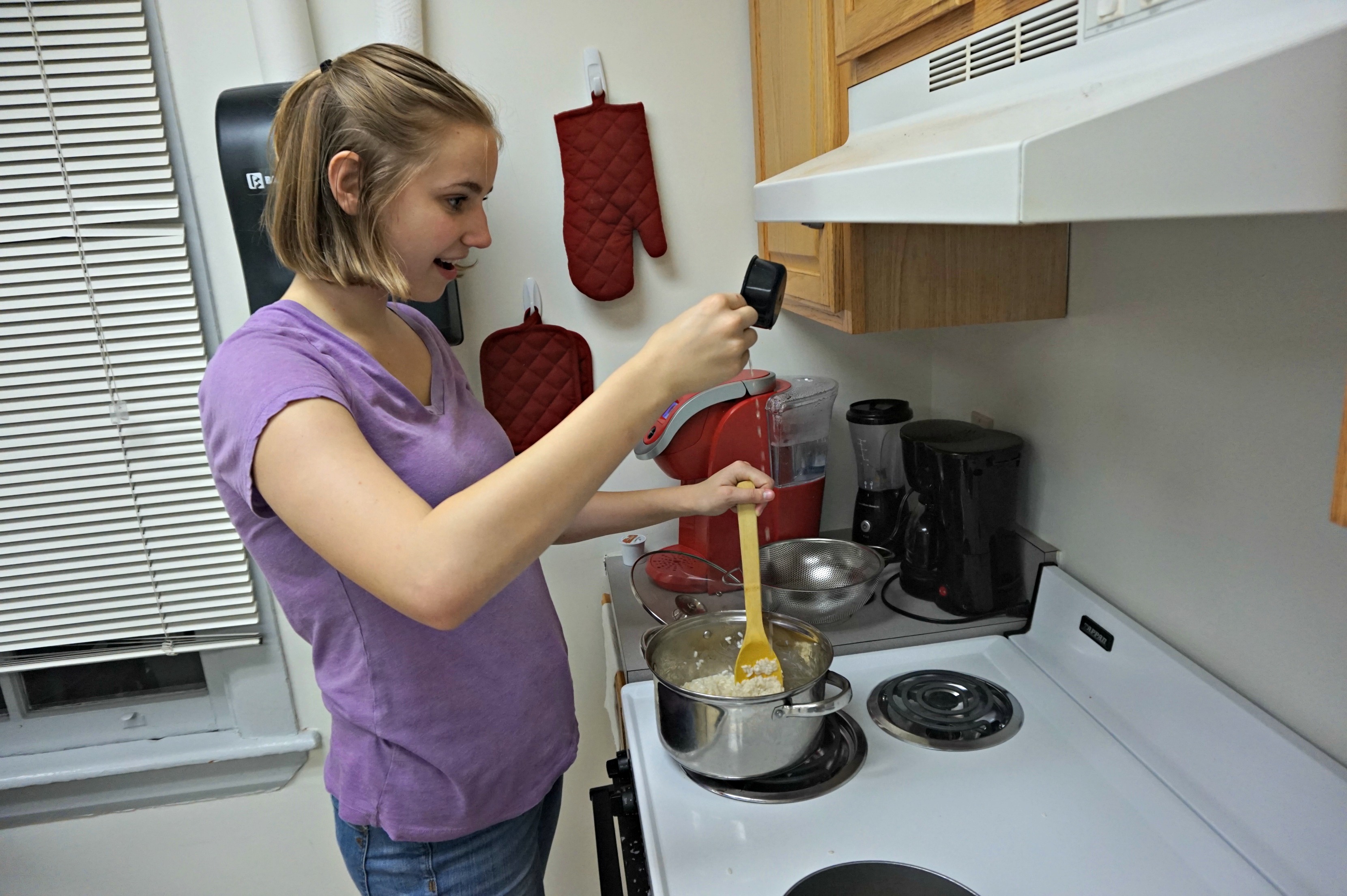 Podesta’s emails gave no measure of time, nor how long to continuously stir the rice until it was ready. So, adhering strictly to the information Wikileaks released, I monitored the quality of the risotto only by tasting for the maximum creamy consistency. 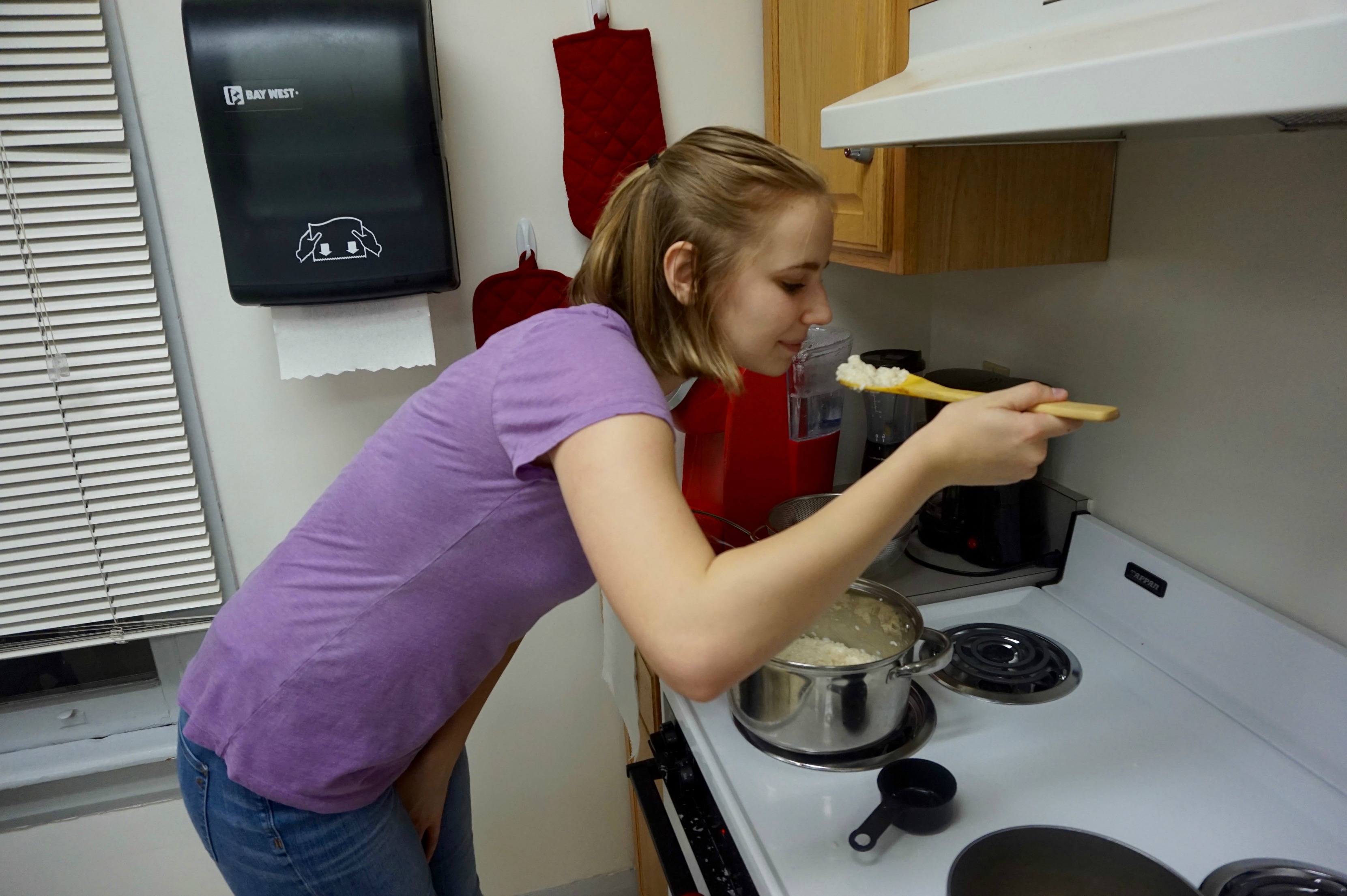 After about half an hour of continuous stirring and adding of chicken stock, the risotto was finished. I piled it on to a plate and added a pinch of parmesan as a garnish.

Since their were no instructions on the peas, I simply cooked them as they were and added them on the side. 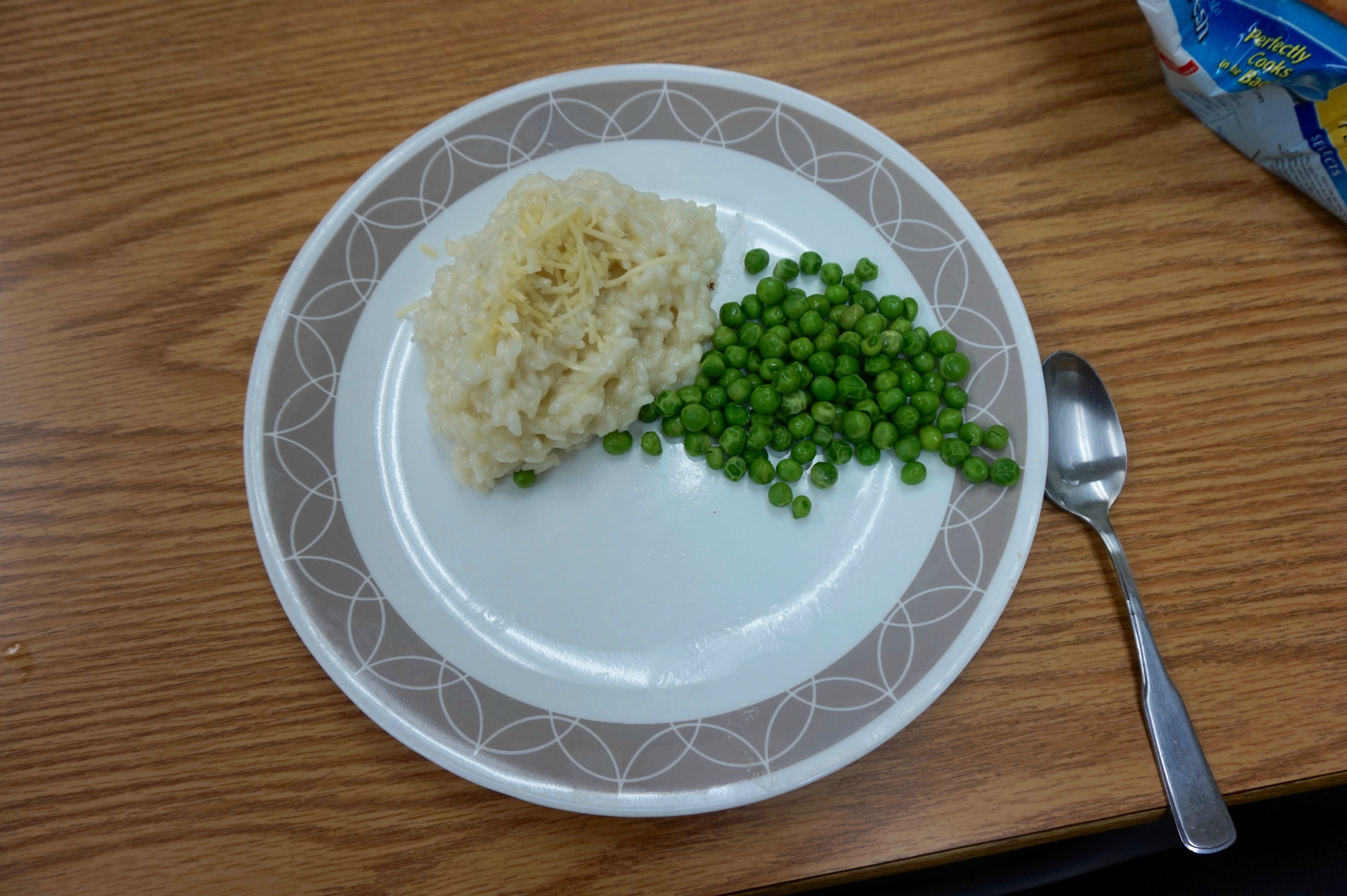 And so it was made: John Podesta’s risotto and peas. I was surprised by the ease of it all. Making the meal itself didn’t require much more than a couple of pots, measuring cups, and a wooden spoon.

While I’m no connoisseur of Italian cooking, I can say this: I’ve had a fair amount of risotto in my time, and this recipe, was by far the creamiest.