One of the posters says ‘Black Lives Don’t Matter’

A Neo-nazi/anti-black poster was spotted early Sunday afternoon outside of FitRec.

What is left of the poster, which appears to have been torn up, shows a row of swastikas and says: “Black Lives Don’t Matter.”

The poster is signed by a group called Iron March, whose website “encourages people to register so they [can] interact with, quote ‘fellow fascists’ by simply clicking on a swatiska.”

They call themselves a “Global Fascist Fraternity” and have a total of 833 members worldwide. 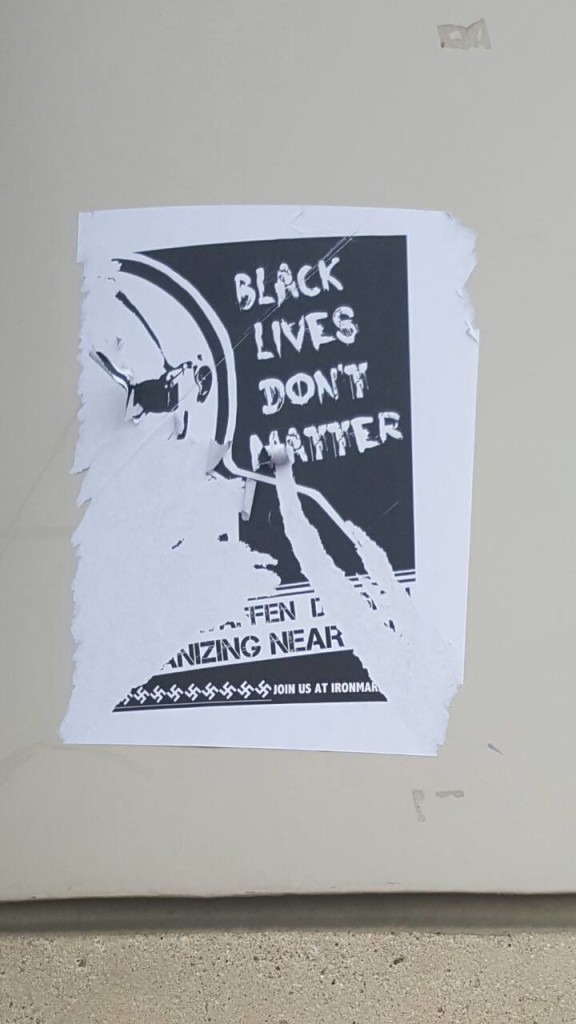 Several BU students have said they have seen similar posters around campus.

“The fact that those posters exist in the first place speaks volumes to the racism and discrimination that still exists in our society today. It’s upsetting because we want to believe that racism is a thing of the past but clearly we’ve got a long ways to go” – Lisa Hong SED ’19

Other students aren’t quite sure why the flyers were put up.

“I can’t tell if they’re trying to be funny or serious. Either way it’s not a good sentiment to pass around campus.” – Alina Chenausky, ’19

One of the posters, which is still intact, was spotted in Warren Towers. It welcomes BU students to “Join [their] local Nazis.” 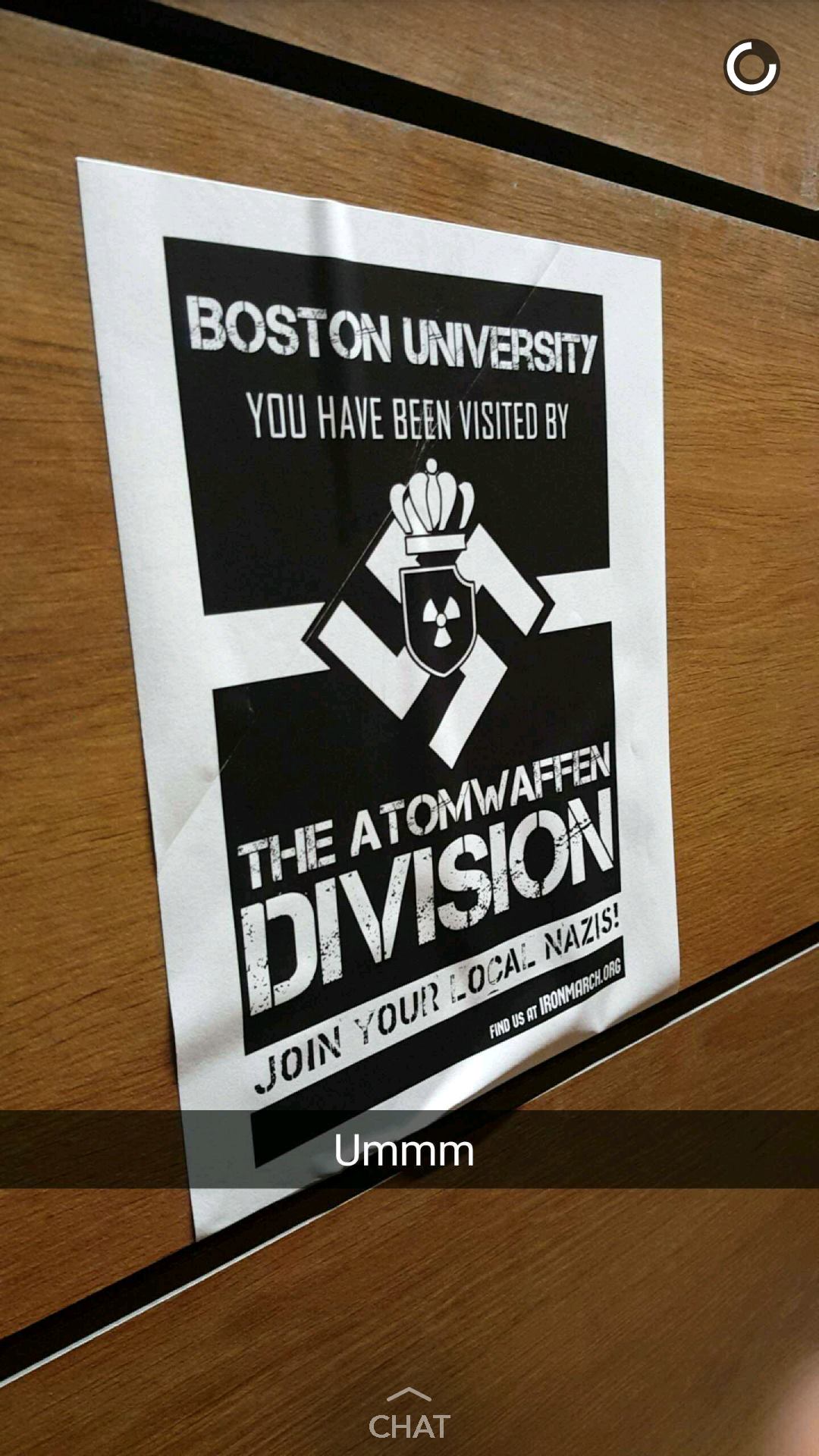 Members of the specific thread “Atomwaffen Division” seem to be the ones who have put flyers up around BU, encouraging students to get involved.

The group itself makes several comments about the Black Lives Matter movement, saying “it would be great if there were more dindus commin to the right to speak out against BLM (black lives matter).”

The slogan on their website reads “GAS THE KIKES, RACE WAR NOW, 1488 BOOTS ON THE GROUND!”

“1488” refers to the “14 Words” Neo-Nazi slogan, which is “We must secure the existence of our people and a future for white children,” while “88” refers to “Heil Hitler”.

Two commenters in their forum said they are interested in starting the New England chapter, which would explain the posters seen around Boston University’s campus.