Today the preachings of an old, God-teaching man reached a wide audience of ASU students as the crowds gathered around by the Durham Lit and Lang building.

Whilst the man has been on campus for days now, a crowd of more than 50 people surrounded him today as he threw insults to nearby women and taught the value of saving virginity until marriage, so you don’t ‘break the bond’. 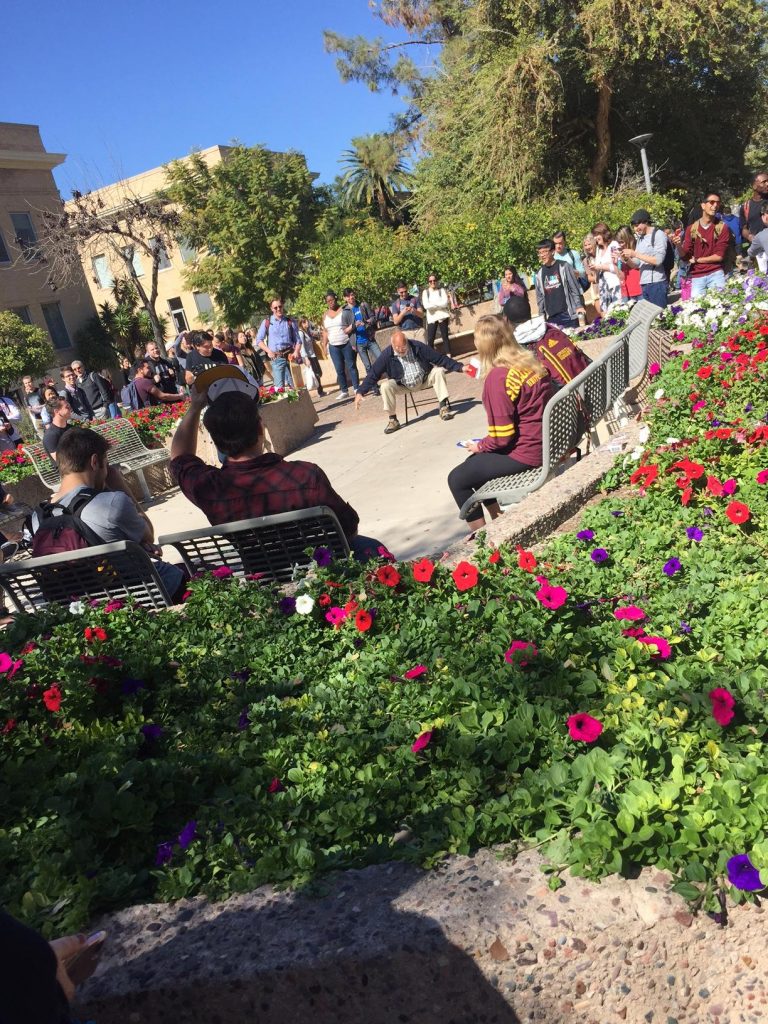 The highlight of today’s demonstration was definitely when a male ASU student dressed in a skirt and pantyhose did the splits, much to the man’s dismay. He was there in protest to the teachings, and sat painting his nails during the speeches.

Student Caitlin Davis was nearby to promote the Arizona Center for Medieval and Renaissance Studies. Whilst distributing leaflets she was heckled by the man and his cohorts, and judged for participating in getting an education.

Caitlin told us that there were at least three other men also hate preaching today and in the past week.

"Donald Trump is so transparent he shared his wife with us." Brother Dean preachers on ASU Tempe Campus pic.twitter.com/1Y6LKckOLA

“They’ve called me a stupid whore, they’ve told me that I am taking the careers of men, and they have prayed for me to have a baby within the next year so that I’m not at school. They said if I don’t give myself to my husband every night then I’m a horrible wife. They’ve called men ‘dickwads’ whilst praising Jesus… They told us we’re all going to hell.”

Caitlin also informed us that Brother Dean had been making appearances over the course of the last three days.