Nshwah Alabbadi is an Arizona State University student who took to Facebook to call the school out on its ignorance after she was featured in an article about international students, despite the fact that she has lived in the United States her entire life.

Nshwah is an American of Arabic descent, and she was shocked to find her picture of her, along with two other American Arabs, on an article featuring ASU President Michael Crow, in which he talks about “the need more for more international students.” 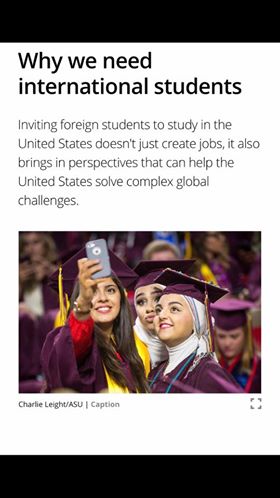 After posting the article on her Facebook, Nshwah and the controversy went viral. While the website has since changed the featured picture on the article, the news of this has already gone around thanks to her following post.

In her Facebook post, Nshwah mentions that she is a proud Michigander, born in Dearborn Heights, which is why it’s unfathomable as to how or why she’s being called an “international student,” and used in an advertisement calling for more international students to come to ASU.

“Sorry ladies we are apparently not American,” she comments before mentioning that they at least used the perfect selfie. 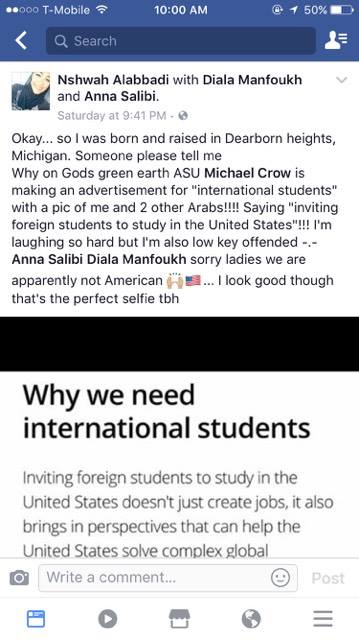 As much as this could be a small mistake, it really opens up the deeper issue that is rooted in how we view people who are different from us.

This is not the first time this sort of thing has happened. It even happened to me a few days ago, when someone assumed that I am an international student simply because of my skin color. As someone who has lived in North America almost my whole life, who is completely westernized from the way I speak to how I dress, I was shocked. 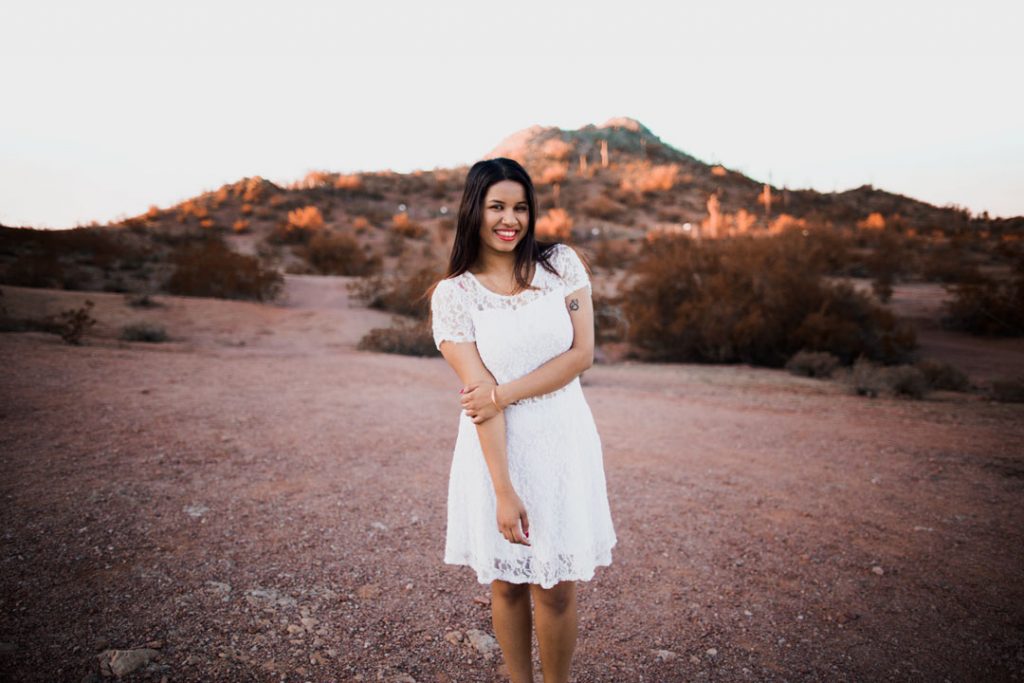 The United States of America is made up of so many different people; people of every skin color, religion, race and ethnicity.

None of these are measures of whether or not you are a citizen of this country, and one person is no more American than another. It’s high time we start to realize that.