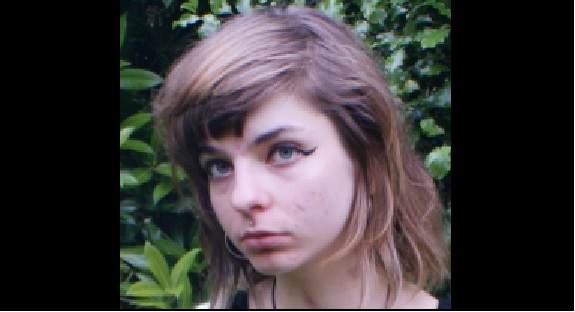 Southampton Student on SHOCKING animal abuse she witnessed as a volunteer

*This article contains images some may find distressing*

A Southampton first year has come forward exclusively to the Soton Tab to talk about the shocking animal cruelty she witnessed whilst volunteering in a summer programme at the University of Tel Aviv. Whilst there she saw animals with open wounds left to fester, overcrowding and insect infestations. Only 20% of the animals had access to water bottles, and those that did were green with algae. Dead animals were left to decay in cages, and animals were kept in temperatures upwards of 100 degrees. We spoke to English student Rosie Leizrowice about what she experiences.

How did you first get involved working with the university of Tel Aviv?

So I decided to spend about five weeks in Israel over the summer with some family and I figured I was probably going to be quite bored some of the time if I didn’t have any work or anything. My dad looked into some opportunities and he saw that the University accepted volunteers during summer, so he got me a space doing that.

So what were you doing?

What I was told was that it would be helping to look after endangered animals but that’s not at all what it turned out to be. It was a couple of days before it became obvious that something was off, because initially I was working with insects, and it was only when I started working in the area where the animals were bred for research that I kind of noticed there was an issue. What kind of research were the animals being used for?

So the part of the university that is open to the public is for captive breeding and endangered animals. That is not the part that I was working in. I was in a separate part where animals being used for research in the University kept. Unfortunately I don’t have details of exactly what research they’re doing.

At what point did you realise you needed to do something?

After just a couple of days I was becoming very stressed about it, and I spoke to a few members of more senior staff and the advice I was given – this is their exact words – was to not view the animals as living things. They said that they themselves had become desensitised and that they no longer had any kind of emotion about it. That’s not something I was willing to do – because it’s their job but it was something I was doing for volunteer work. So after quite a few attempts at speaking to people, suggesting things, going to more senior people and directly showing them things that were wrong, eventually it was clear that nothing internal was going to help. I contacted PETA.

I’d intially taken a few pictures, but they asked me for some more. Then after about a month of working at the university, I left. I wasn’t really getting anywhere working there. 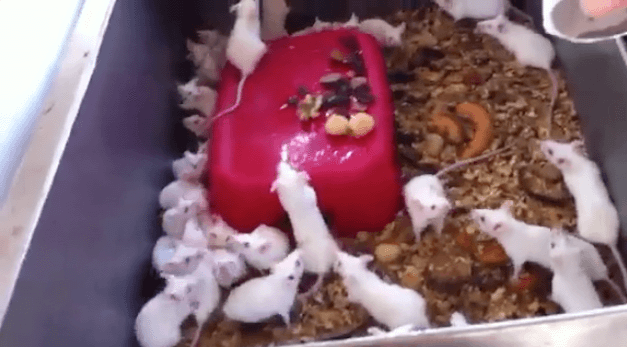 Is animal welfare something you’re interested in or have you worked in it previously?

It’s something I care about, but not something I’d previously done any work in. I’ve done some conservation volunteer work, and I’ve had some training in looking after rodents and small animals. 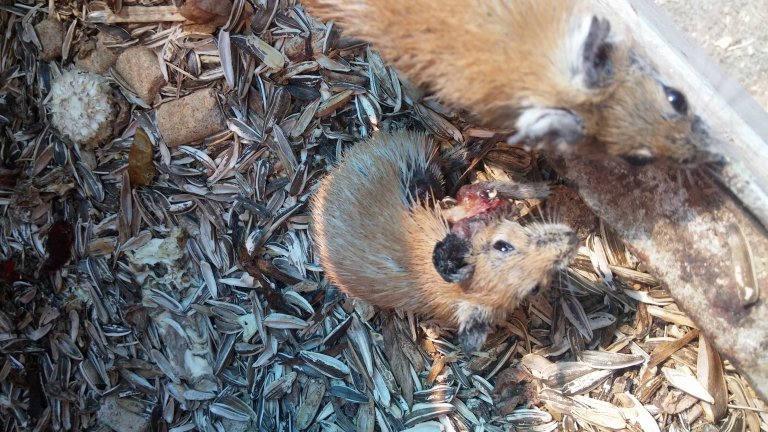 What has happened since you issued the complaint?

The Press attention around the complaint has been really helpful, because as soon as the complaint came out, the university tried to scare me into retracting it. My family were getting calls threatening legal cases, threatening to sue me. One of the researchers called and said he thought that I personally was trying to sabotage his research, even though I didn’t even know what research he was doing. I had no connection the the University and no reason why I would want to harm them personally. In the statement the University released, it was really quite shocking how inaccurate it was. There were some infestations of worms and beetles in some of the cages. They claimed that was to provide the animals with food. That’s just ridiculous because maybe they would eat meal worms but they’re not going to eat maggots. It was definitely not intentional. They were acting as though I had something personal against the University when I really don’t.

Click here to read more about what Rosie witnessed, and to join in PETA’s campaign to end the cruelty at the University of Tel Aviv.