Dr Stuart Broad gets his name on the honour board

As part of the Winter graduation session, Notts and England bowler Stuart Broad was yesterday awarded an honorary degree.

The cricketing legend swapped his cricket whites for robes on Monday as he picked up a honorary degree in Doctor of Laws from the University of Nottingham for his services to cricket and Nottingham.

The left-handed bowler picked up his degree from the East Midland Conference Center at this year’s Winter Graduation. 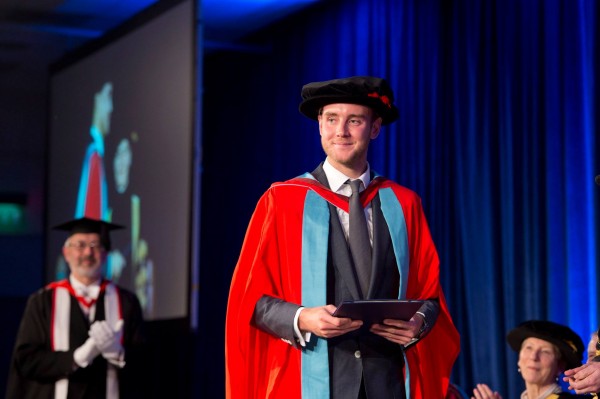 Stuart was born in West Bridgford  and attended Oakham School in Rutland. He started his career at Leicestershire before moving to Nottinghamshire in 2008.

The 29 year old is a prolific member of the England Cricketing squad having made his test debut against Sri Lanka in 2007.

Broad averages 29 for 12 as a left-handed bowler and achieved his greatest score his year against Australia at Trent Bridge, where the cricketer bowled out 8 Aussie batsman for only 15 runs.

As Anderson reaches closer to retirement, Broad is taken the reins as England’s leading bowler and has captained England at ODI and T20. 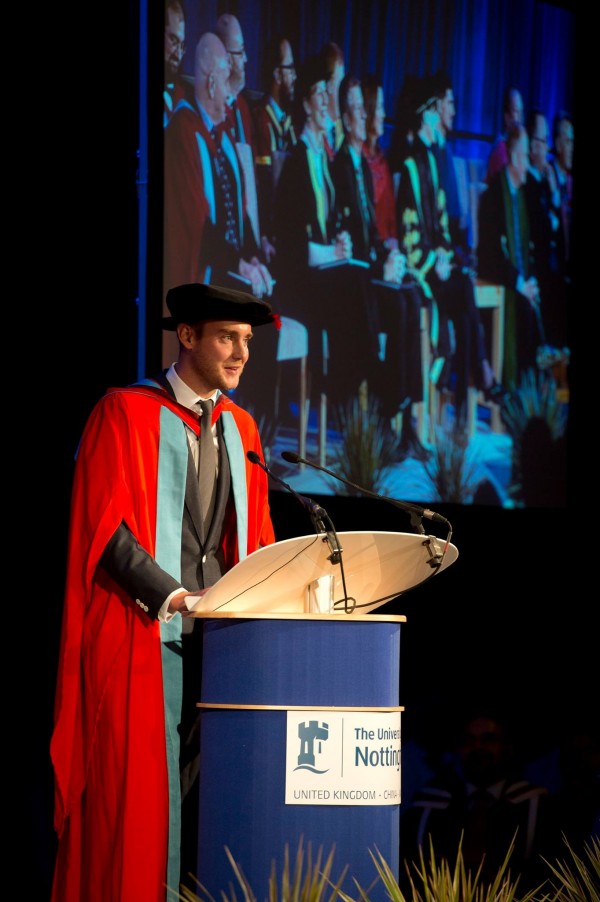 This year has undoubtedly been Broad’s year and this honorary degree has topped it all off for the cricketer.

Stuart joins the likes of Rebecca Adlington and and Brian Clough as high achieving sporting stars given honorary degrees by the University.